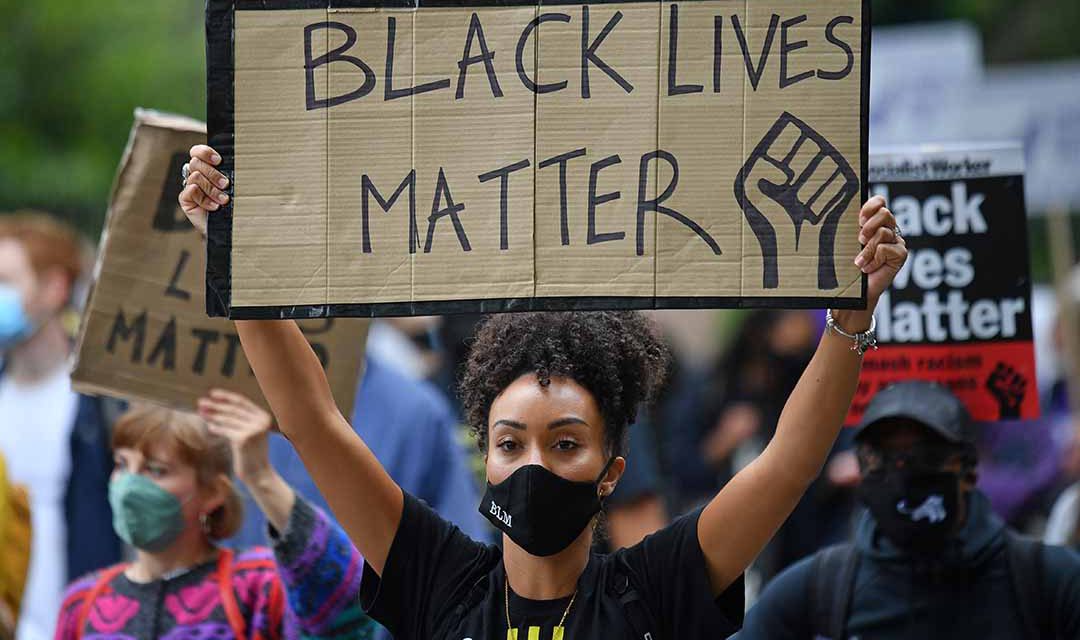 Black British youth are protesting in various ways, mirroring the Black Lives Matter movement in the US 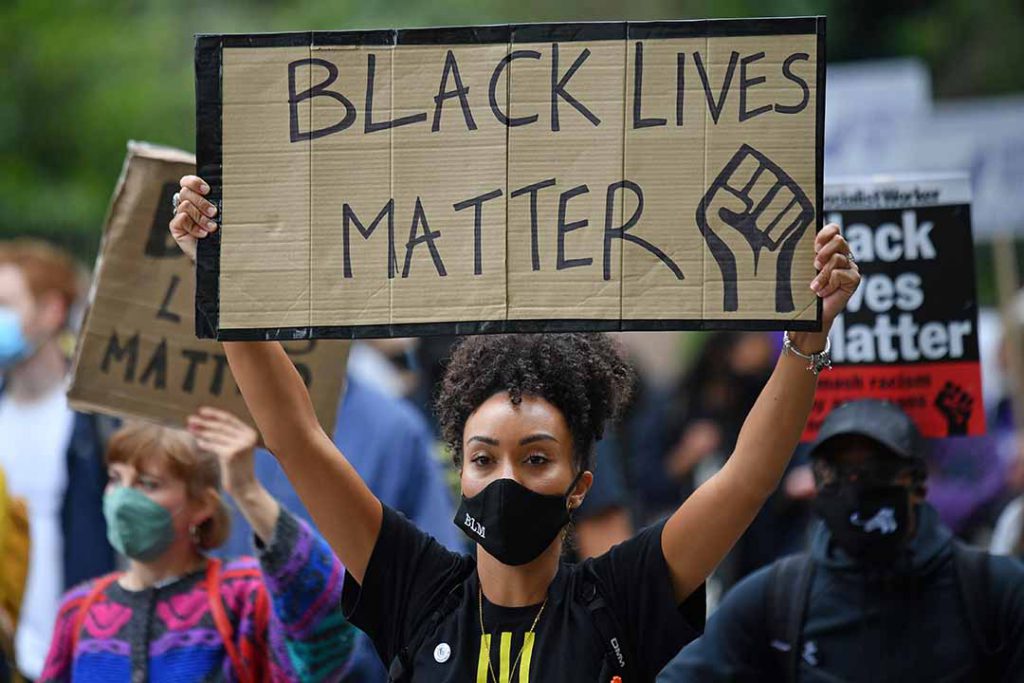 People hold up placards in support of the Black Lives Matter movement as they take part in the inaugural Million People March march from Notting Hill to Hyde Park in London on August 30, 2020. JUSTIN TALLIS / AFP)

Black British youth, in the era of neoliberalism, face high rates of unemployment, increasing rates of incarceration and excessive police misconduct due to decades of structural inequality. In response, grassroots movements, led by millennials, are fighting back against these longstanding problems. They are also speaking out against anti-black racism, climate change and homophobia. Importantly, their activism is interlinked with the global oppression of the black community in the United States and across the African diaspora – Africans settled outside their native lands.

Civil rights activist Dr Martin Luther King said that “riots are the language of the unheard”, a statement that couldn’t be more appropriate to describe the frustration of black British youths who have taken to the streets to confront their oppressors through acts of civil disobedience.

Rioters are often misrepresented as lawless criminals, but riots are an example of what happens when those who feel the weight of oppression, and lack the power to change the system, demand to be heard.

In the English towns of Brixton, Toxteth, Birmingham, Luton and Leeds, riots spread like wildfire in 1981, 1985 and 2011, and were not without cause. In 1981, they were precipitated by the bombings of black homes and other acts of violence by the National Front, a white supremacist terrorist organisation that committed these crimes without punishment. Riots were also in response to the metropolitan police force’s aggressive sus laws (from “suspected person”), stop and search tactics targeting black youth. The 1985 and 2011 riots were instigated after unarmed black citizens were shot and killed by police. In both cases, the deaths were defined as lawful killings and the officers were exonerated.

Rather than investigate the factors that instigated the violent demonstrations, media pathologised the demonstrators.

Each  time,  the  riots   resulted   in days of  civil  unrest,  thousands  of  pounds  of  property   damage, and injuries to civilians and law enforcement officers.

Rather than investigate the factors that instigated the violent demonstrations, mainstream media and most politicians pathologised the demonstrators. Although the riots enabled aggrieved citizens to express their rage, they didn’t cause institutional shifts addressing the root causes of the rebellions.

Seeing the need for a new strategy, today’s generation often uses acts of nonviolent civil disobedience in ways just as bold and disruptive as rioting.

Conditions for black people in Britain are far from what they were in the 1980s. Today, black Britons have made great strides in politics, business, law and medicine. Journalist Afua Hirsch reports that, despite these gains, black people in Britain have the highest unemployment rate across all ethnic groups and that black workers with degrees earn less, on average, than their white counterparts. They’re also more likely to be stopped and searched by police.

Clearly, millennials find themselves fighting for the same reasons as the youth in the 1980s. 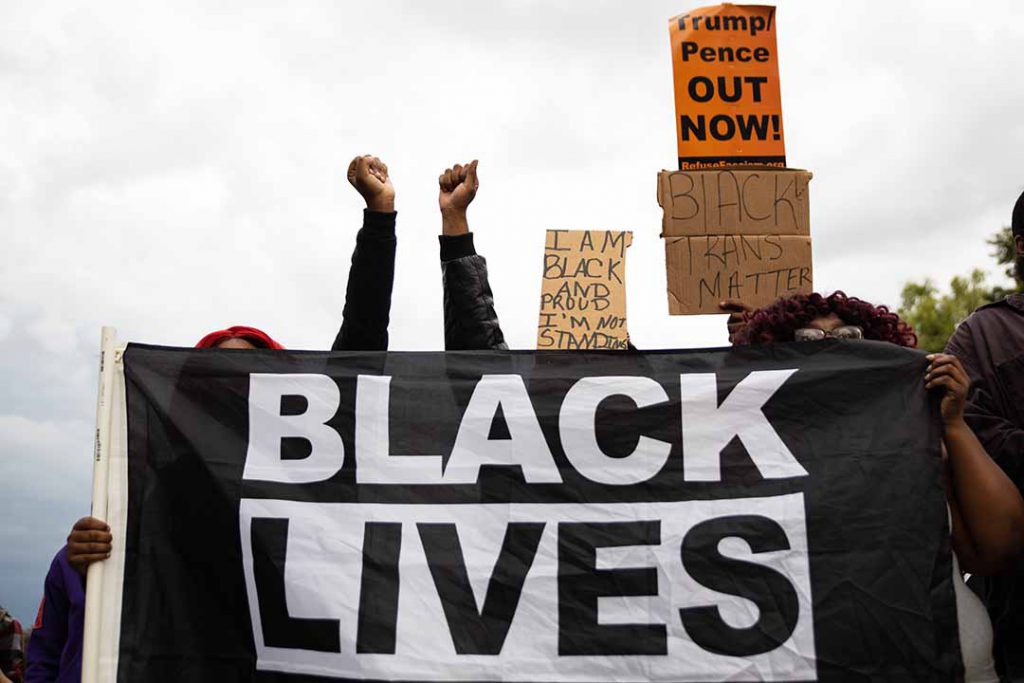 Today’s activists are armed with technological resources that make the job of organising easier. Viral activism enables groups to use social media to promote their agendas to an international   audience, to  organise  mass demonstrations  beyond borders, and to maintain control of their narratives. They can also build coalitions and broadcast their activities in real-time.

Another distinguishing feature of new grassroots movements is their advocacy against sexism and LBGTQ rights, which have often been sidelined in black civil rights movements with a known history of sexism and homophobia. Black Lives Matter UK (BLMUK) and the London Black Revolutionaries (LBR) have been two of the most impactful grassroots groups, getting media attention and making their concerns known beyond the UK.

LBR, founded in 2013, is a socialist organisation of blacks and Asians who describe themselves as “a self-determined working-class urban revolutionary organisation”. Their principles and offensives range from anti-racist, anti- sexist, anti-homophobic and anti-fascist  campaigns  and operations. They are a democratic-militant organisation that encourages self-leadership but strictly adheres to fighting oppression and exploitation in non-abstract forms. In addition to speaking out against excessive policing in black and minority communities, they have also advocated for the homeless and immigrant workers.

BLMUK, established in 2016, is an offshoot of an American organisation established three years earlier in response to the 2013 murder of Trayvon Martin, who was killed by a policeman, and the deaths of other black Americans killed by police. BLMUK organises around the same core issues as LBR.

Both groups engage in disruptive behaviours in public spaces, intended to bring awareness to what they perceive as human rights violations against marginalised groups.

In protest of what they see as discriminatory anti-homeless practices, and to spotlight the larger issue of unaffordable housing and the lack of housing schemes for displaced persons, LBR poured concrete over the spikes of Tesco’s window sills – the supermarket’s efforts to make these spaces uninhabitable for the homeless.

In July 2016, along with the Malcolm X Movement, they called out the Byron burger chain for working in tandem with immigration officials to arrest and detain immigrant workers, some of whom were undocumented. The raid resulted in the deportation of several restaurant employees. LBR and other groups demanded an apology from Byron, but the restaurant defended their actions and denied wrongdoing. In retaliation, LBR released live roaches and grasshoppers at two of the burger chain’s 56 locations, forcing their temporary closure.

In contrast, BLMUK, a multiracial coalition of activists, has taken a more traditional approach. In 2016, the group made headlines when they obstructed the tarmac at London’s Heathrow airport for several hours, creating major delays. The rally was two-fold: to draw attention to police brutality (reportedly after the death of Jimmy Mubenga, who died from suffocation while in police custody on a deportation flight to Angola), and to climate change. The group’s Instagram page explained: “The climate crisis is a racist crisis – 7/10 of the countries most affected by climate change are in sub-Saharan Africa.”

The focus on global struggles for African descendants is a key feature of the BLMUK and LBR movements.

The focus on global struggles for African descendants is a key feature of the BLMUK and LBR movement, and it’s why both groups have stood in solidarity against police brutality in the US and across the diaspora.

In a unified front with black Americans, BLMUK and LBR each organised rallies in protest of the police officer who was acquitted in shooting and killing unarmed Missouri teenager Mike Brown. In November 2014, LBR drew a crowd of almost 800 protesters against Brown’s death to demonstrate outside the American embassy. In 2014, LBR put together a die-in (a demonstration where people lie down as if dead) at the Westfield shopping center in London to protest the murder of African- American Eric Garner, a New York man choked to death by the police for selling cigarettes.

BLMUK and LBR’s alignment with the African-American cause has been questioned by Britons who don’t see the correlation between excessive policing in the US and the UK. BLMUK explained: “In the US, Eric Garner, Michael Brown, Tamir Rice, Aiyana Jones, Trayvon Martin and countless others have

lost their lives. Here, we have Mark Duggan, Sean Rigg, Christopher Alder, and many more. More than 1 500 people have died in the UK during or after police contact since 1990 and 147 of them were black, according to the charity Inquest… We were also protesting over the hundreds of other black people killed all over the world by police officers who often kill with impunity. For instance, in the UK, there has never been a successful prosecution of an officer for the death of a person under custody.”

In comparison to American grassroots organisations, LBR and BLMUK are disadvantaged. In America, organisations like Black Lives Matter are able to sustain media coverage; they have investment from the community, and are supported by prominent politicians. While they haven’t seen any real justice, they have been able to enact real change, such as requiring police officers to wear body cams to capture arrests and then resolve complaints against officers. It remains to be seen if LBR or BLMUK can be as impactful.

In her article Youth struggles: from the Arab Spring to Black Lives Matter and beyond, anthropologist Alcinda Honwana argues: “Young people have been at the forefront of political change, however they have not yet been able to effect systemic change. While profound social transformation takes time, this generation is still wrestling with how to move beyond street protest and have a lasting impact on politics and governance.”

Only time will tell if LBR or BLMUK will see the fruits of their labour. 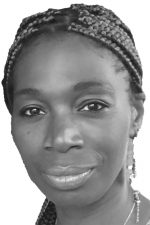 DR TRACEY L. WALTERS is an associate professor of literature in the Department of Africana Studies at Stony Brook University in New York, where she also holds an affiliate appointment with the Departments of English and Women’s and Gender Studies. She has published numerous articles on black women’s literature, and three books.