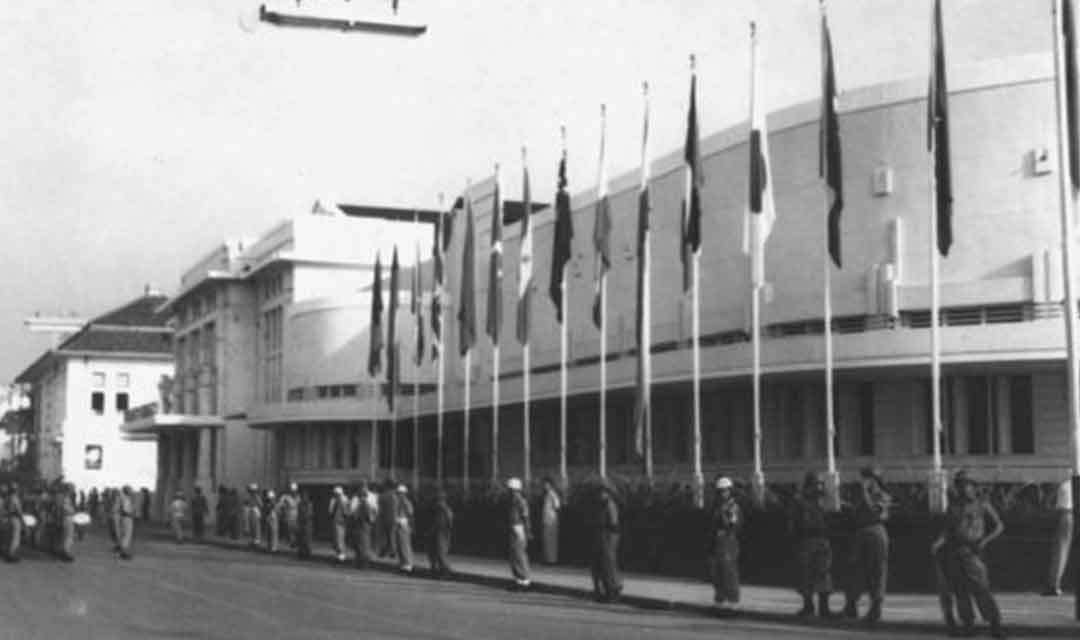 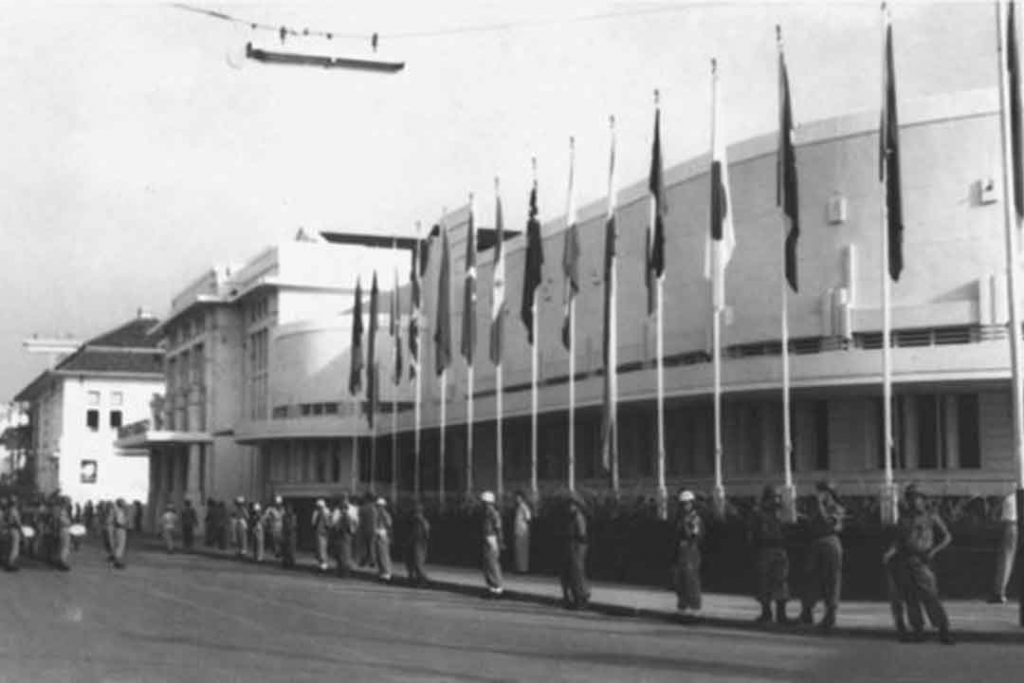 The Cold War and colonialism promoted Africa-Asia solidarity in the 1950s, but a new world order has fragmented both continents, with nations preferring individual bilateral relations

“Yes, there has indeed been a “Sturm uber Asien” – and over Africa too. The last few years have seen enormous changes … The passive people have gone … The mental, spiritual and political face of the whole world has been changed, and the process is still not complete.”
*President Sukarno, opening speech of the Asian-African Conference 1955 *

In 2015, Indonesia hosted the 60th anniversary commemoration of the Asian-African Conference. Jakarta put considerable effort into organising the event. But world interest in the event did not compare to the attention given to the original Asian-African Conference.
The conference in Bandung from April 18-24, 1955, was held in the midst of the Cold War between the United States and Soviet Union. The Indonesian government had raised the idea for the conference in April 1954. Leaders of Indonesia, India, Pakistan, Burma and Ceylon (now Sri Lanka) had met on December 1954, agreeing that they would jointly propose the conference. The United States (US) and its allies, fearing that countries of Asia and Africa would side with the Communist bloc, watched the developments in Bandung closely.

The Asian-African Conference was the first gathering of Asian and African countries that were newly independent from centuries of colonial rule. They organised the event without the involvement of external powers. Delegates from 29 Asian and African countries attended. China claimed that “imperialist powers” tried to sabotage the event, or at least China’s participation in it. The Chinese believed that the US were behind the Kashmir Princess incident, in which a chartered Air India airliner carrying delegates and journalists to the conference was bombed. However, indications that the Taiwanese were involved have since surfaced.

Despite the tension, the conference produced a final communique laying out the direction of cooperation between Asian and African countries. In the document, countries pledged to build economic cooperation. They supported the struggle for self-determination by calling for the end of racism; in their view, racism was strongly connected to colonialism. They also unanimously adopted a declaration known as the Ten Bandung Principles (Dasasila Bandung).

Observers of the 1955 conference summed it up with the term “The Spirit of Bandung”. This captured the defiant mood of the newly independent countries amid the antagonistic rivalry between the US and USSR. It was a call for peaceful coexistence between nations, for freedom from hegemony of any superpower and any kind of domination by another country. It promoted solidarity with the poor, colonised, exploited and those weakened by the world order of the day.
The conference aimed to change the relationship between developing and developed countries. The new coalition aimed to resist the exploitation of former colonies under the new architecture of global politics that emerged from de-colonisation. It brought together Asian, African and Latin American developing countries that shared a colonial experience and created a community of nations that refused to side with either of the Cold War blocs. This led to the establishment of the Non-Aligned Movement (NAM).

An important concept introduced at the conference was the idea of the “right to development”. Developing countries that met at Bandung contributed to the establishment of UNCTAD (United Nations Conference on Trade and Development), a UN body responsible for dealing with development issues through trade, in 1964. Many of the same countries, unsatisfied with the Bretton Woods monetary system, went on to push for a New International Economic Order (NIEO), in the early 1970s.
Following the conference, developing countries pushed for a Charter of Economic Rights and Duties, which the UN adopted in 1974.

The Asian-African Conference changed the relationship between developed and developing countries. It introduced the idea of a distinct “Third World” and, to some extent, successfully opened pathways to create institutions such as the Non-Aligned Movement and the G-77, a loose coalition of developing countries. The Bandung conference was made possible by specific circumstances in the 1950s, especially the fact that many of the participating countries had recently been freed from colonialism. And as we have seen, it had some important consequences for the level of cooperation between states of the global South.

However, it can be argued that most of the outcomes of Bandung have become less important for Asian and African countries today. We have a different situation now.

Then, two superpowers were engaged in the Cold War. Today, the Soviet Union no longer exists. The global liberal order is more or less institutionalised, though doubts about the global economic system are rising after the 2009-2010 global financial crisis and the eurozone crisis. And today, the concept of the “Third World” is no longer attractive. It has become a pejorative term, associated with poor and aid-dependent countries. Moreover, recent years on the two continents of Asia and Africa have seen their economies improve considerably. Most notably, for instance, China’s economic growth was -27.3 percent in 1961, while it was 6.8 percent in 2016, after more than a decade of spectacular growth that included a high of 15.4 percent.

The question is whether the countries that came together in Bandung still share the solidarity of the 1950s. Even before the collapse of the communist Soviet Union, Asian and African countries began to align themselves with the US by integrating their economies with the global liberal order. Since the 1980s, many have opened up their markets through policies such Vietnam’s Doi Moi economic reforms, which dealt with failures in that country’s central planning system, and Indonesia’s Pakto 88, which aimed to establish more competition in the country’s banking sector.

The Non-Aligned Movement still holds regular meetings, but these are largely ceremonial. Developing countries in Asia, Africa and Latin America have tried to rejuvenate their solidarity, but with little success. In 2005, during the commemoration of the golden jubilee of the Asian-African Conference, participants launched the New Asian-African Strategic Partnership (NAASP), co-chaired by Indonesia and South Africa. However, NAASP has failed to significantly increase levels of cooperation between the nations of the two continents. Some cooperation programmes—mostly seminars and capacity-building—did run under NAASP but not at the level expected.

Attended by 33 heads of state and representatives from 77 countries, the 60th Asian-African Summit in Jakarta produced three documents: (1) The Bandung Messages; (2) Declaration on Strenghtening the New Asian-African Strategic Partnership (NAASP) and (3) the Declaration on Palestine. These documents stressed the commitments of the leaders to continue their efforts in building stronger cooperation between Asian and African nations. The leaders also insisted that the Spirit of Bandung was still relevant. “The world is still far from justice, and away from peace. Therefore, Bandung Spirit is still very relevant,” President Joko Widodo of Indonesia said.

Nevertheless, challenges remain. The initiatives identified by the Declaration on Strenghtening the New Asian-African Strategic Partnership (NAASP) were dominated by “capacity building” programmes, with no significant impact on the development and the patterns of international cooperation of the developing countries.

Establishing a distinct Asia-Africa cooperation platform after the end of the Cold War is, it emerges, quite a task. Asian and African countries today are not very excited about creating a platform to connect nations from the two continents. Unlike in 1955, there is no binding narrative to unite these countries. Memories of colonialism are fading into the past. While still lumped together as “developing countries”, Asian and African nations have grown into different stages of development. Some are economic giants, while others are economic Lilliputians.

The absence of a shared narrative has made Asian and African countries reluctant to develop NAASP seriously. For example, the African Union (AU) and the New Partnership for Africa’s Development (NEPAD) rejected South Africa’s suggestion to include NAASP on their agendas.

Asia’s major powers are not interested in developing this platform either. Beijing prefers to develop economic cooperation with African countries through bilateral agreements. Developing a new multilateral institution is costly and, due to the differing interests of members, complex. Other Asian powers, such as India and Japan, have similar stories. Only Indonesia is willing to pay the cost for the NAASP. But Jakarta does not have the clout to provide a “hegemonic stability”.

Despite those obstacles, there are ways to make the legacy of Bandung fruitful in ways that go beyond “capacity building” programmes.

First, Indonesia needs to convince major powers in Asia and Africa to be willing to play their part in building the NAASP. The growing rivalry between China and Japan in the Association of Southeast Asian Nations (ASEAN) region could provide Jakarta with a bargaining chip for the cause.

Second, rather than developing NAASP as a new institution, Asian and African countries could start by connecting regional initiatives in Asia and Africa, such as ASEAN and the Common Market for Eastern and Southern Africa (COMESA), the South African Development Community (SADC) or the East African Community (EAC). NAASP also could act as a hub or a clearinghouse of cooperation between Asian and African countries.

These approaches might reduce the cost of institutional building and make the agenda of “advancing South-South cooperation” attainable. 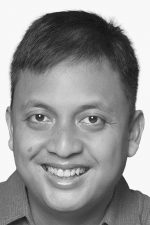 SHOFWAN AL BANNA CHOIRUZZAD is a lecturer and researcher in the department of international relations in the social and political sciences faculty at Universitas Indonesia. He also serves as executive secretary of the university’s ASEAN Studies Center. His research interest is in international political economy, especially South-South cooperation and global governance.