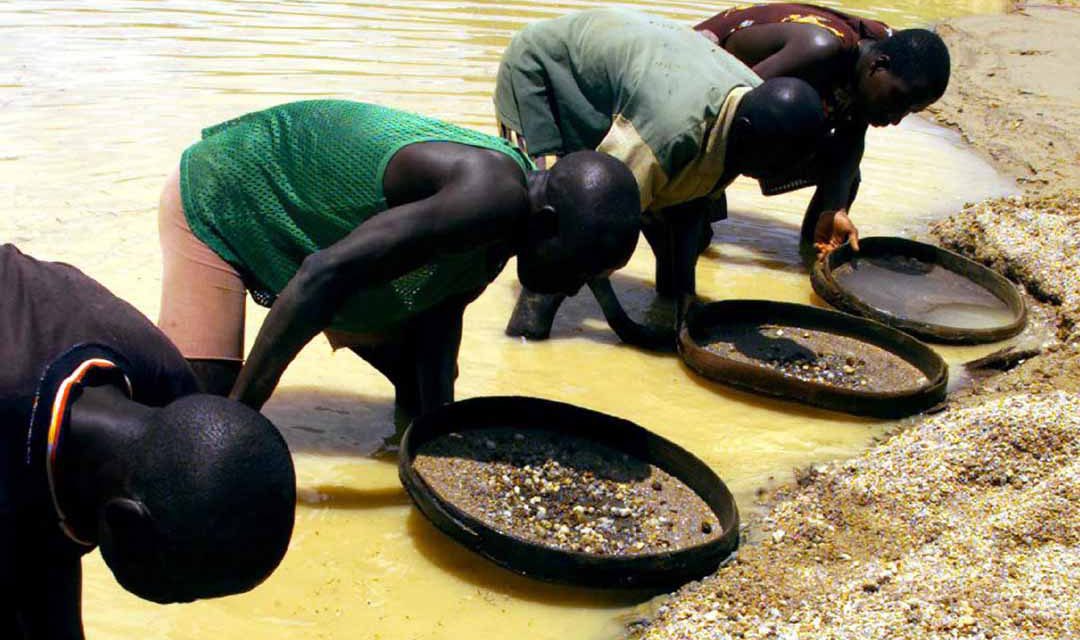 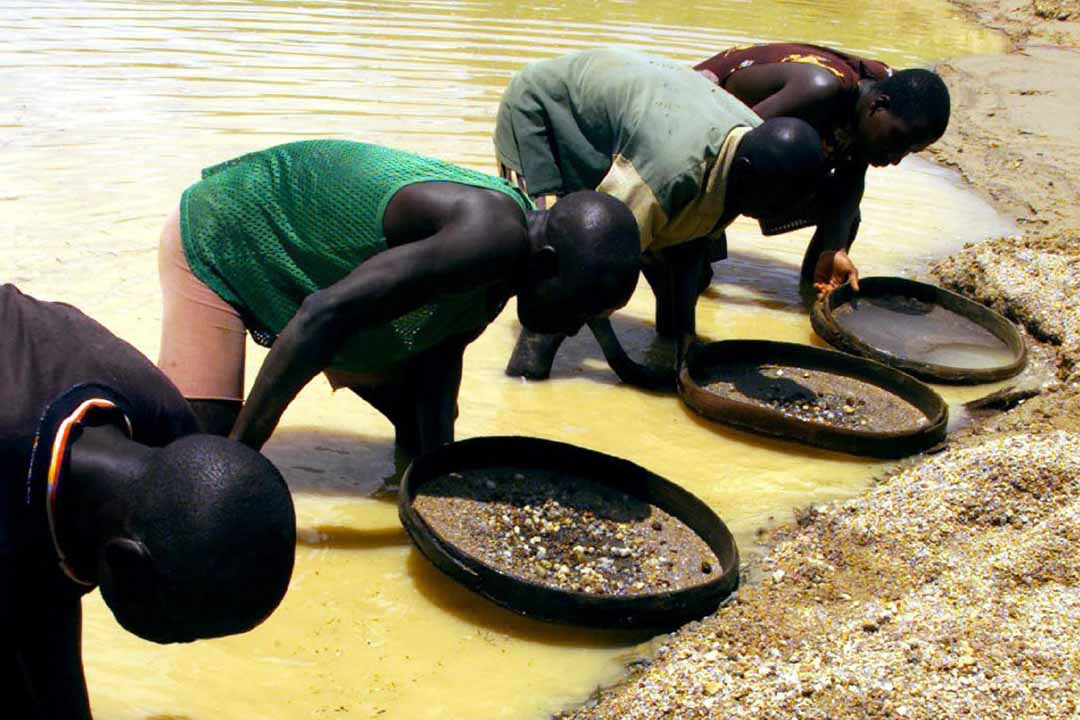 At the end of April 2017 current and former heads of state, senior government and inter-governmental officials, diplomats, academics and representatives of the private sector and civil society gathered at Lake Tana in Bahir Dar, Ethiopia to attend the sixth Tana Security Forum. The stakes were high, with the Forum planning to deliberate on the future of natural-resource governance in Africa.

The Tana Forum is an annual high-level meeting that brings together decision makers from a range of sectors in an open dialogue aimed at exploring African-led solutions to the complex security challenges on the continent. Africa’s natural resources represent the continent’s hope for future prosperity, but they are also a key factor at the heart of many of the continent’s violent conflicts. The Forum’s intention to refocus attention on the challenges of natural-resources governance in Africa was therefore much needed.

Africa has a rich natural-resource endowment, including immense stretches of good farming land, forests, oil reserves, mineral deposits, wildlife, and teeming lakes and oceans. These, as well as the accompanying stories of these resources turning into “curses”, have been a subject of much research, fierce debates, brutal conflicts and even sensational novels and Hollywood movies. Research has documented the inadequacy of existing legal frameworks covering resource extraction, or sometimes a complete lack of them, around the continent. Weak governance and the complicity of multinational companies in corruption are endemic around the continent. Regulatory frameworks and government policies demonstrate a general lack of transparency, accountability and community participation as regards the human-rights dimension of natural-resources extraction operations across Africa. These factors have led to violations of fundamental human rights affecting millions of vulnerable local communities, including children, in several remote areas.

In Mozambique, a 2012 Human Rights Watch (HRW) report found that rural people displaced from their farmland to make way for Vale and Rio Tinto’s coal-mining operations in Tete province ended up in remote and less suitable places, with reduced ability to grow or purchase food, access water and pursue other livelihood options. Families that had been largely self-sufficient suddenly faced food insecurity or depended on short-term food assistance.

The absence of strong laws and clear policies governing resettlement left these rural communities vulnerable to the early stages of the mining venture. Mozambique has since taken steps to improve its legal framework but it still falls short on implementation. Vale and Rio Tinto also eventually took steps to address the resettled communities’ problems, but the fixes are complex and may take years to fully realise. Moreover, ongoing remediation and entitlements owed to an affected community can be uncertain when an operation changes hands – as, for example, when Rio Tinto sold its Mozambique operations in 2014. In Sierra Leone, a 2014 HRW report found that hundreds of families from rural communities on verdant slopes were forcibly relocated to a flat and arid area in Tonkolili, losing their livelihoods and access to water. Furthermore, workers challenging abusive practices by the mining companies were forcibly silenced by the company and the authorities. Authorities failed to provide adequate oversight of the company’s consultations with local communities, or to respond to repeated complaints about the forced relocation of residents.

In Malawi, a 2016 HRW report found that rural communities in Karonga district had been struggling to get information on the likely impact of coal and uranium mining operations on their lives. Residents were often not even aware the government had granted a licence to a mining company near their village – until they saw mining company trucks moving heavy machinery among their crop fields.

When communities did learn about the mining operations planned in their districts, they hoped they would bring jobs, better schools and improved access to health care. Instead, mining operations forced many families from their ancestral land without adequate legal notification or compensation. Communities were left in the dark about the planned mining operation, as well as any associated risks, fuelling concerns about possible health and environmental impacts such as respiratory diseases and water pollution. In Malawi, HRW found that the lack of adequate legal standards and safeguards to ensure a necessary balance between developing the mining industry and protecting the rights of local communities, coupled with weak government oversight and poor implementation of existing laws, left rural communities unprotected and uninformed. Malawi’s draft Mines and Minerals Bill offers an opportunity to address some of these gaps, and should include provisions to ensure robust environmental and health monitoring and a fair and transparent resettlement process.

Malawi’s recent adoption of a law on access to information is another positive step forward. The new law guarantees citizens the right to information about the impact of mining operations on their lives. This includes relevant research, such as water-quality testing results. Implementing the new laws, and enabling citizens to exercise their rights – through education, for example – will be the next set of challenges.

In Uganda, meanwhile, the government aims to foster economic development by promoting private investment in mineral-rich Karamoja in the north east, which seems to be on the verge of a mining boom. This has the potential to bring more jobs to Karamoja’s people, as well as more education, better infrastructure, improved security and health services.

But weak legal governance of the mining sector, and government’s inability to support and educate affected communities and to inspect and monitor the mining companies’ work, lag far behind. As required by established international standards, companies generally failed to secure informed consent from the local communities before they started operations on communal lands. The Ugandan authorities also failed to enforce this requirement. As with the Malawi example, community members in Karamoja told HRW researchers that mining company workers, accompanied by soldiers, had suddenly appeared in their village, walking over their crops, and digging and excavating for mining exploration on their farming land – all without bothering to say anything to the community. Terrified and confused community members were powerless to stop the companies, who were apparently working hand in glove with the authorities. The lack of information, consultation and community participation left communities in fear of land grabs, forced eviction, and water and environmental contamination.

In several countries across sub-Saharan Africa – including Burkina Faso, Democratic Republic of Congo (DRC), Ethiopia, Ghana, Guinea, Kenya, Mozambique, Senegal, Sudan, Tanzania, Uganda, and Zimbabwe – between 10 and 15-million Africans, including between four and five-million women and children, work in artisanal and small-scale gold mining (ASGM), according to the United Nations Environment Programme (UNEP). And they often work in extremely hazardous conditions, due to the weak legal and policy frameworks governing ASG.

A 2015 HRW report has documented the use of child labour in hazardous conditions in artisanal and small-scale gold mining in Ghana, one of the world’s top 10 gold producers, and in Tanzania, Africa’s fourth largest gold producer. The vast majority of mines are unregulated and they are particularly harmful to children. Several thousand children have dropped out of school to work in ASGM, risking death and ill health. Children have been injured and killed in mining accidents and are exposed to high levels of toxic mercury, which attacks the central nervous system and can cause lifelong disability, brain damage and even death.

Both Ghana and Tanzania should implement the Minamata Convention on Mercury, an international treaty that aims to reduce mercury exposure globally. They should also take steps to regulate and formalise the artisanal and small-scale gold mining sector with the goal of creating a viable, professional, rights-respecting mining sector.

In Eritrea, meanwhile, a 2013 HRW report documented the failure of Nevsun Resources – the first mining company to develop an operational mine in Eritrea – to ensure that conscripts from the country’s infamous indefinite “national service” programme were not used during construction of its mine. By law, every Eritrean from the age of 18 is compelled to do a year and a half of national service, but in practice conscripts serve indefinitely, many for over a decade. HRW showed that national service conscripts were subjected to ill treatment and other serious abuses. Most national service conscripts were assigned to the military, but others were made to work for state-owned companies. Some of these companies were construction firms that the government had pressured international companies to take on as contractors.

Nevsun initially failed to take such risks seriously, and its limited ability to deal with forced labour allegations when they inevitably arose clearly showed that unless mining companies take strong preventative measures they face getting involved in serious abuses. Nevsun later improved its policies, but the company was apparently unable to investigate allegations that its subcontractors used forced labour. Given all these examples of egregious rights violations by mining companies, and at the very least the failure of governments to protect citizens affected by their operations, the Tana Summit was not before time. Yet, while it provided delegates with an opportunity to deliberate on aspects of natural-resource governance, it did not yield any commitment by African countries to implement concrete policy.

Admittedly, policies relating to natural-resource governance have many dimensions, and they can be complicated. Policymakers and experts sought to tackle these complex issues at this year’s Forum, but several participants seemed frustrated by the lack of a clear political commitment by African leaders to anchor their policies on key human-rights principles. This would include taking steps to ensure that both small and large-scale mining operations are regulated and monitored for their human rights compliance and performance. Managing Africa’s natural resources in a way that respects human rights requires that the processes by which natural resources are explored and exploited are guided by transparent, accountable and participatory systems of governance. The same applies to the systems by which the fruits of such activities are supposed to benefit affected communities.To prevent companies contributing to abuses, African governments need to insist on mandatory human rights due diligence processes in mineral supply chains.

Africa’s abundant natural resources will be meaningless for the continent unless they are deployed to create opportunities and help to improve the lives of Africans. If African governments and the mining companies continually fail to respect, protect and fulfill the rights of affected communities, and if corruption is allowed to endure with impunity, Africa’s natural resources will persist in doing more harm than good. 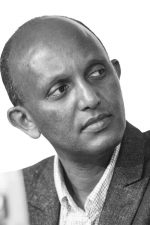 Daniel Bekele, a lawyer, human rights activist and commentator, was formerly the Africa director at Human Rights Watch. Educated at Addis Ababa and Oxford universities, he has written on human rights, democratic governance, development, and peace and security issues in Africa for regional and international media outlets. He spent over two years in prison in Ethiopia because of his human rights work, and was globally recognised as a prisoner of conscience. In 2009 he won the Alison Des Forge award for extraordinary activism.