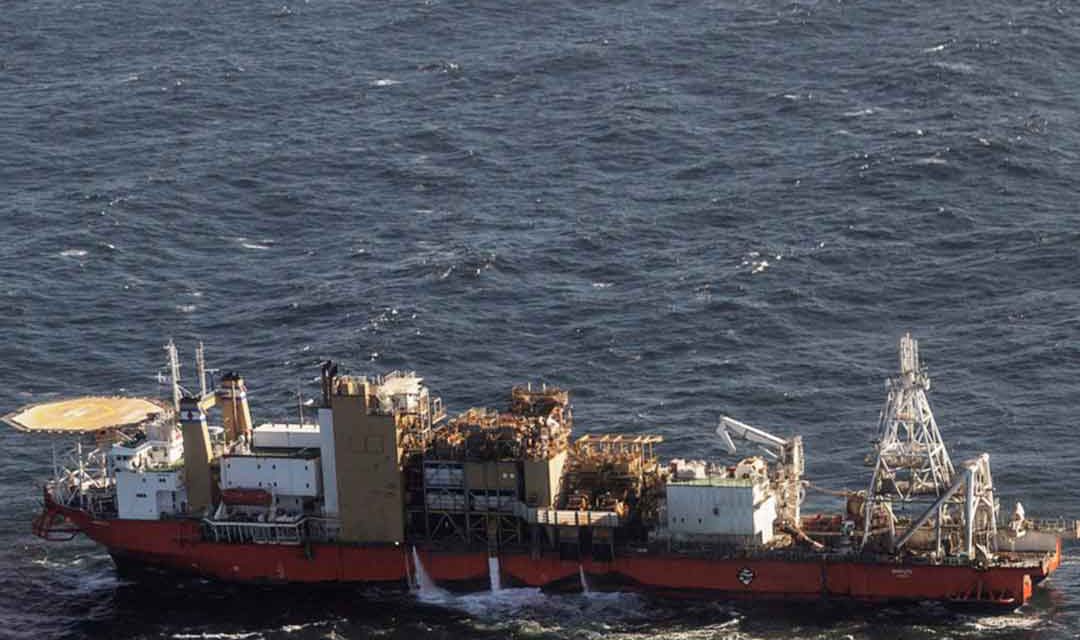 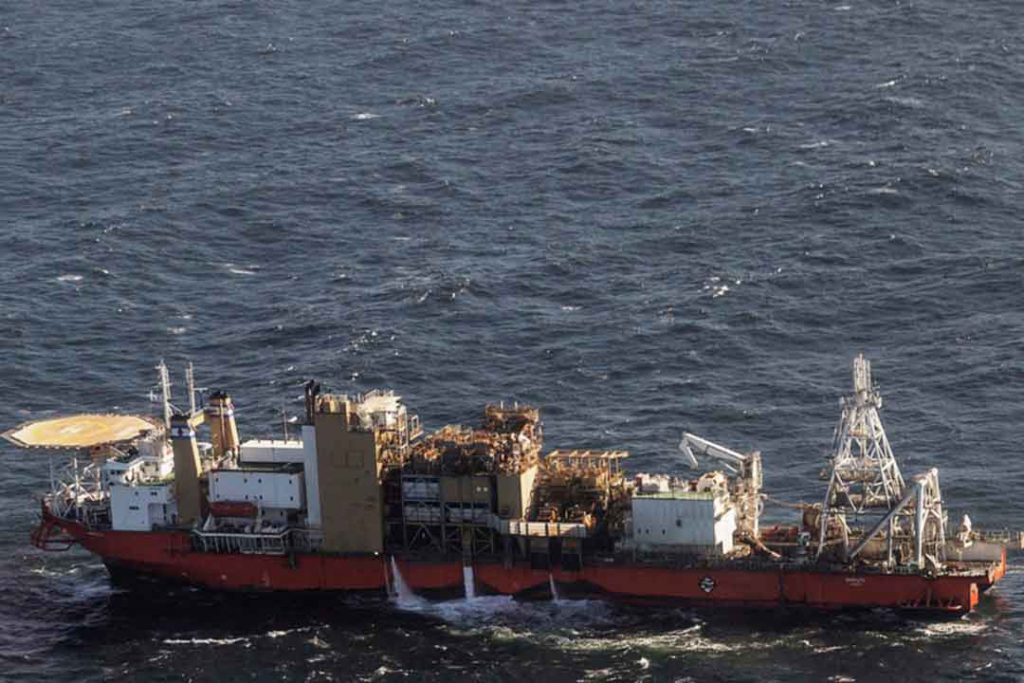 Hailed by the African Union (AU) as the “new frontier of African renaissance”, the idea of the blue economy is gaining prominence across the continent. In 2014 the Seychelles, an early advocate of the blue economy, championed the agenda as “a vital part of Africa’s future development”. Meanwhile, states, including Kenya and South Africa, have begun formalising policy and legal frameworks to “unlock the ocean economy” as a 2014 government report put it.

Moreover, the AU’s African Integrated Maritime Strategy (2015AIM Strategy) and its Agenda 2063, which sets out the continent’s socio-economic targets for decades to come, identify the concept as a significant accelerator for development. Yet despite these national and pan-continental endorsements, a universal definition of the blue economy remains elusive. As with the green economy, which aims at reducing environmental harm from human activities, the lack of consensus on a definition for the blue economy has led to a variety of versions, which occur in competing discourses.

By assigning nature an economic value, the governance of earth’s seas is framed as a technical challenge rather than one that encompasses the diverse perspectives and aims of a multitude of state and non-state actors that must be reconciled, as Jennifer J Silver and colleagues put it in a 2015 article. This has left the concept open to diverse interpretations and vulnerable to conflict between actors operating within the marine sphere.

With 38 littoral states and approximately 13 million square kilometres of maritime space under jurisdiction, Africa’s maritime domain is considered to offer a wealth of underexploited opportunities, say the UN’s Economic Commission for Africa (UNECA), which proponents of the blue economy propose to bring to economic fruition. Potential opportunities range from the traditional – shipping, tourism and fishing – to the emerging, with increasing interest in biotechnology and aquaculture projects.

These emerging frontiers are also characterised by abundant, un(der) exploited natural resources, and as demand for these minerals grows the economic viability of deep-sea mining increases, says a 2010 report by the World Trade Organization. The AU’s 2050 AIM Strategy has called upon states to “[step] up the search for undersea mineral reserves in the whole African maritime domain (AMD)”. Namibia is one of only a few countries in the world presently debating the potential of seabed mining, New Zealand and Papua New Guinea being the other notable examples. The Namibian approach offers a case study through which one can analyse articulations of the blue economy and some of the opportunities and limitations presented by this new ocean-based economic frontier.

Formalised in Namibia’s National Development Plan 5: 2017-2022, the blue economy agenda has been touted as a mechanism through which Namibia can achieve sustainable and equitable growth, and seabed mining has been central to these discussions. The unique upwellings of the Benguela current ecosystem have led to the accumulation of marine phosphate in the seabed of Namibia’s Exclusive Economic Zone (EEZ), and technological advances mean that the exploitation of these deposits is now economically viable.

However, Namibia’s controversial phosphate mining project has been met with an outcry from civil society, industry and ministerial representatives. Concerns that the project could damage sensitive breeding grounds for fish have been raised by the fishing industry. These tensions and conflicts over the marine domain have created a situation whereby Namibian fishing industry associations, supported by a local company, Omualu Fishing, have become embroiled in a court case related to environmental concerns.

This court case against Namibia Marine Phosphate Ltd (known as NMP) challenges the mining company’s licence to operate, as well as its environmental clearance certificate. The idea of the blue economy is intended to achieve harmonisation between overlapping interests, but the Namibian case highlights how emerging operations and the desire of different sectors to exert influence over the marine domain can result in conflict. This is more pronounced where certain industries have historically dominated the marine environment.

The marine environment is often viewed as an empty space, but this is far from the case, and territorial disputes do indeed arise. The complexity of the marine space – its fluid, 3D nature, lack of boundaries and complex legal regimes – complicates discussions about resource management, and this cannot be ignored by the blue economy approach.

Additionally, in categorising territory as “blue” or “green”, these approaches fail to recognise that these spaces do not exist as separate, unconnected entities; rather, they are conjoined. This fact is particularly clear in Namibia and other debated cases of mineral exploitation, where resources harvested offshore will be “landed” and processed onshore. In recognising this, it is important to ensure that land-based policies and experience of natural-resource management are not directly transposed onto the marine environment.

But the politics and governance of this space are yet to reflect this fact. This is particularly true in the case of seabed mining in Namibia, where ministerial jurisdictions lack coherence when applied to the marine sphere. For example, Namibia’s ministry of fisheries and mineral resources has previously viewed the marine space as its domain, but the responsibility for issuing exclusive prospecting licences belongs to the ministry of mines and energy, while the ministry of environment and tourism oversees environmental clearance certificates. However, states such as the Seychelles have begun to coordinate efforts, establishing a ministry dedicated to the promotion of the blue economy, according to a 2016 UNECA study on appropriate policies for the sector.

The type of fragmentation discussed above also raises questions over the monitoring and management of extractive projects: where does the primary responsibility lie? Levels of capacity and access are integral to any discussion around monitoring activities in the AMD. Traditionally discussed in conjunction with or in relation to piracy, these considerations are also integral to mineral extraction. In Namibia concerns were raised regarding which ministry, or even whether the state as a whole, had the capacity and access (including the necessary vessels) to monitor activities and ensure environmental standards are adhered to – particularly in a secluded space and at depths that the human eye cannot typically monitor.

Finally, observations in Namibia highlight that it is crucial for states to question where the blue economy agenda is coming from. African states were key to influencing negotiations during the United Nations Convention on the Law of the Sea, but the international development agencies, supported by the EU’s facilitation of conferences for civil servants across the continent, have been central to the formalisation of the blue economy. In questioning that absence of uniformity in the concept, it is also important to ask the question: who is providing the knowledge involved, and the ownership of the concept? For instance, a key Namibian civil servant told the author “I don’t understand what the blue economy is” – despite being integral to the debate.

These questions are also important when discussing African ownership and the potential beneficiation of marine mineral resources. The 2016 UNECA policy report highlights the need for infrastructure, including the modernisation of ports and roads to support and link the blue economy to the rest of Africa and global supply chains. But we also need to ask who will benefit from resource extraction. Despite rhetoric suggesting that marine phosphate could be part of the answer to Namibia’s food (in)security problem, it is the international companies that currently possess the financial and technological advantage to exploit minerals within Africa’s EEZ.

These are some of the challenges surrounding the formalisation of the blue-economy agenda in Africa. Critical questions are emerging on this new frontier. I have not engaged with every debate involved in the idea of the blue economy – but the ones I have outlined above are, I believe, important. As the AU highlights, “another Africa [exists] under the sea”. With its wealth of resources, African decision makers in all areas relevant to the blue economy will need to find answers to these questions and take account of the considerations raised here. 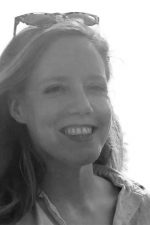 Rosanna Carver is a PhD candidate at the Lancaster Environment Centre, Lancaster University. Her research focuses on the blue economy, exploring sovereignty over emerging-resource frontiers in the context of the marine phosphate mining debate in Namibia. She also undertakes research in Serbia and Kosovo on the Trepca mining complex. She has an MSc in environment and development from the London School of Economics. 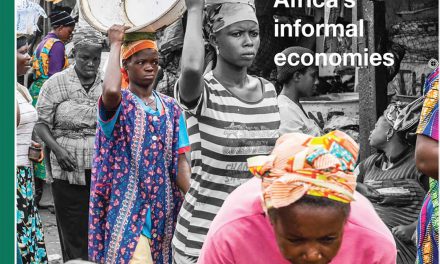 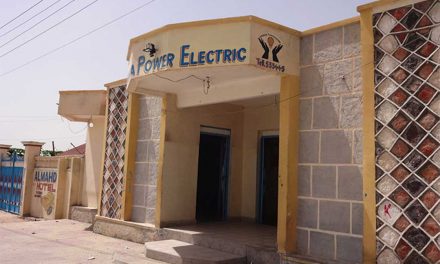