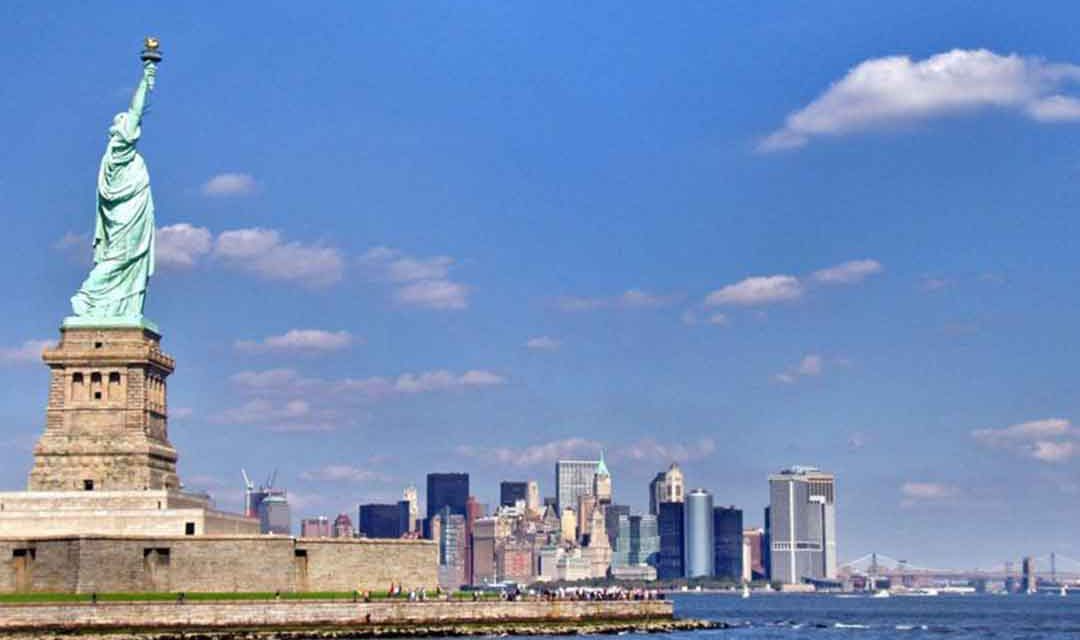 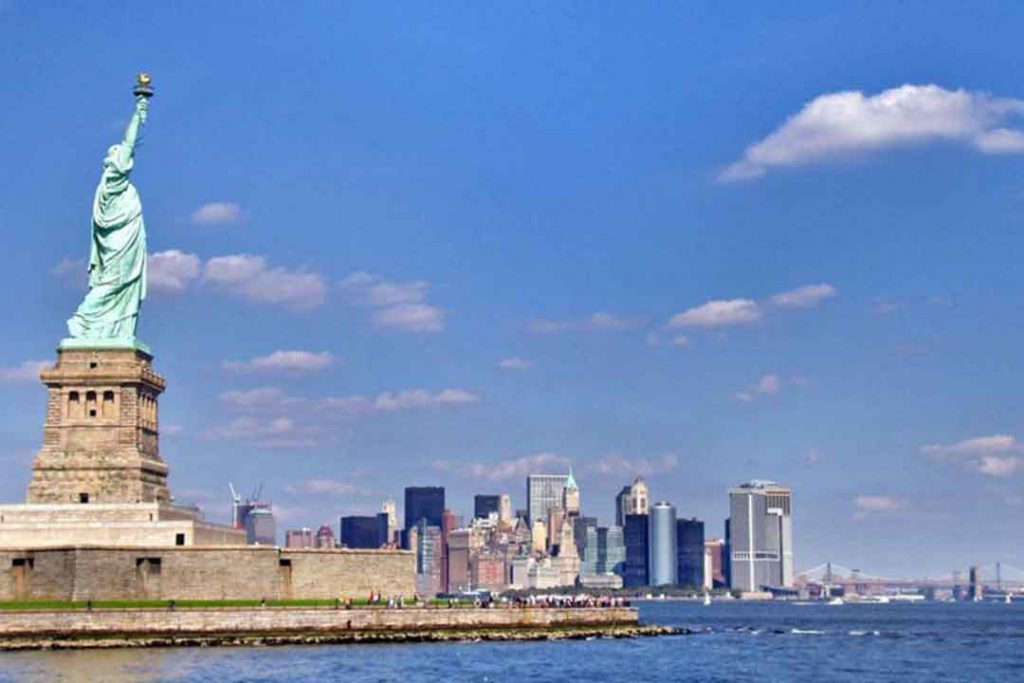 African cities are often thought of as embodying an urbanism of fluidity and instability—cities of perpetually unfinished becoming, full of risk and  opportunity.

“The messed-up city…is  not simply a mess. In the very lack of  things seeming settled, people keep open the possibility that something more palatable to their sense of themselves might actually be possible,” writes urbanist AbdouMaliq Simone in his 2010 study, City Life from Jakarta to Dakar.

West African traders have historically made the most of this environment of openness and uncertainty, managing risks and taking advantage of opportunities when they see them. Over the years, west African merchants and traders have carried this ethic of embracing uncertainty with them in their travels across the globe – from cities across Africa, to the capitals of Europe, to New York City. In New York, many west African migrants – mostly hailing from Senegal – take up street vending as a way to generate income for themselves and their families in the hope of making a more stable, prosperous life either in the USA or back home in west Africa.

Street vending isn’t easy, especially the type of vending most west Africans engage in. Many operate informally, without licences, and take their chances selling in areas of Manhattan that are legally off-limits to vending. Some also sell counterfeit or “grey-market” goods – mostly copies of designer handbags and accessories – adding another layer of risk. Despite all this, west Africans persist in their trade,  making  a  living in a city where laws and enforcement practices create a hostile environment for vendors.

Trading networks based on kinship have long been important mechanisms to manage the uncertainties of economic life in west Africa, Paul Stoller wrote in an influential 2002 study, Money has no Smell: The Africanization of New York City. Beginning in the 1980s, west African traders and merchants extended these networks to the USA, and especially to New York. Thousands of migrants arrived in the city between the 1980s and 2010s. Many overstayed visas and lacked work permits. Many came without much money in their pockets. Many came without a working knowledge of the English language. But what they did have were strong economic and social networks and a long history of trading.

So street vending was an obvious occupational choice for these structurally disadvantaged yet ambitious immigrants. “We are good at this, and we do this all over the world,” explained one Senegalese vendor when asked why so many west Africans take up street vending. 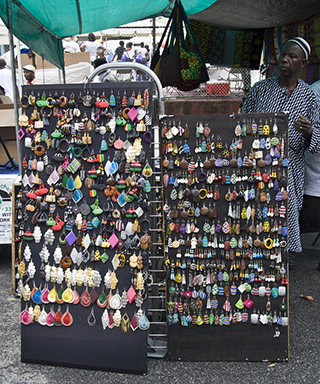 Selling goods on the sidewalks of New York offers opportunities, but vendors also encounter obstacles. Many of these are put in place by local government, which range from ambivalence to outright hostility in their treatment of vendors. Though many west African vendors – most of them recent immigrants – operate informally, without licences, this is not necessarily by choice. New York City capped the number of general merchandise vending licences by law in 1979. The cap for year-round licences was set at 853. It hasn’t been raised once since it was instituted.

Now, it’s nearly impossible to obtain a general-merchandise vending licence. The waiting list – once over 20 years long – is officially closed. The only way a newcomer from west Africa, or anywhere else, can become a general merchandise vendor is to do so informally, but informal practice involves constant uncertainty. If a vendor is caught selling without a licence, they can be arrested, fined, and have merchandise confiscated. Police harassment and intimidation is commonplace.

One way vendors deal with  this  is by maintaining constant mobility. In the tourist-heavy areas of Manhattan – tourists are some of the vendors’ best customers – it is not unusual to see a line of west African men standing behind blankets with handbags on them.  At the first sight of a police officer, vendors grab the corners of the blankets, wrap everything up into a bundle and disperse. Once the threat has passed, vendors are often right back in the same place, selling their goods while keeping one eye out for the police. Like sandpipers evading the ebb  and  flow  of waves on a beach, unlicensed vendors skilfully perform their evasive dance with city regulatory agents. They take risks, figure things out on the fly, make things work and are always ready to move.

Some vendors of west African descent have managed to obtain licences, but  in New York, even a licence does not guarantee stability. Nor, ironically, does it guarantee the ability to leave the realm of informality behind. Formal vending laws in New York conflict, overlap, and are generally unreliable guides for the actual organisation of vendors on the street.

Store owners, security guards, building managers, police, even other vendors use the uncertainty produced by the complexity of vending laws to manage the spatiality of vending on a case-by- case, block-by-block basis. As a licensed Senegalese vendor in Midtown relates: “They give us a hard time, they give us tickets so at least we might move away from this area. So they give you a ticket today, tomorrow, the next day you might say, ‘Oh, I’m not going go there and get another ticket, I’m going to go find a new location.’ These business owners, they think that if we come here that we might grab all the sales in this area, which is not true.”

Vendors face opposition from some very powerful interests. Manhattan property and business owners have historically pressured the city to reduce or even eliminate street vending. They are often behind the periodic police crackdowns, which usually happen when business or property owners complain to their local police precinct about vendors. Because they are often new immigrants with few financial resources, street vendors have little political influence and even less free time for organising. One might assume that they are hopelessly over-matched in the political arena. To be sure, vendors are at a disadvantage, and the harsh rules put in place over the past 40 years speak to that disadvantaged position. Nevertheless, vendors do organise to defend and claim rights to urban space.

There are many small vendor advocacy groups organised around ethnicity, vending location, or products sold. The largest advocacy organisation – the Street Vendor Project – has organised vendors from across the city who sell a variety of different goods, and who hail from multiple backgrounds, into a broad-based movement advocating for vendor rights. West Africans, who make up an important component of this multi-ethnic organisation, lend their skills and time to campaigns to increase the number of licences and permits available, to open more streets to vending, and generally pressure the city into treating vendors with more dignity and respect.

The battle is ongoing. In the meantime, west African vendors continue to take risks and seize opportunities on the streets of New York. The stories, trajectories, and hopes of west African vendors are uniquely theirs, but they also become inevitably fused with those of others that came before them, adding another layer to the larger saga of immigrant struggle in the city.

Like Italians and eastern European Jews before them, west African immigrants hope to use street vending as a way to turn an uncertain present into  a stable and prosperous future. Success is never guaranteed, but all that many west Africans ask for is the opportunity to try. For now, the door remains open for those who try to add their own names to the list of immigrant success stories in New York.

Given the current political climate in the USA, though, even the chance to try is no longer assured. But the chances are good that west African vendors will find a way to make what they can out of an unstable and ever-changing situation.

Ryan Thomas Devlin is an adjunct professor of public administration and urban policy at John Jay College of Criminal Justice and The New School, both in New York City. His research centres mainly on urban informality in the US. He has undertaken an in-depth study of street vending and conflicts over public space in New York. His current project focuses on illegal apartments and informal housing arrangements in the New York metropolitan area. 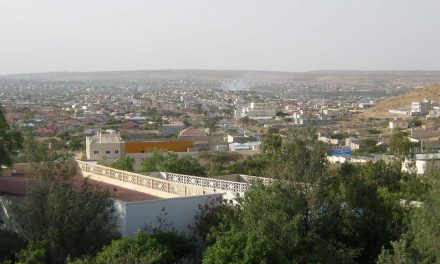