As DRC’s Inga 3 hydropower project falters, questions are being asked about the financial risk to both host and its main client, South Africa

Seven years ago, the Democratic Republic of Congo (DRC) proposed the Inga 3 hydropower project to great fanfare. Third in a series of dams that would form the Grand Inga complex on the Congo river, the project has been touted as a solution to southern Africa’s energy deficit woes and a way for the DRC to participate in regional economic development.

According to South Africa’s most recent Integrated Resource Plan (IRP 2019), the country plans to import 2.5 GW of electric power from Inga 3 (or more than half of the original 4.8 GW design capacity), a commitment reiterated in 2020 by South African president Cyril Ramaphosa.

The largest remaining fractions of Inga 3’s electricity generation that will remain in the DRC would be purchased by the mining industry. Although 90% of the population in the DRC lacks electricity access, less than 10% of the electricity from Inga 3 is expected to supply residential electricity needs. According to a 2014 estimate from the World Bank, the project would cost $14bn, which is almost a third of DRC’s gross domestic product (GDP). 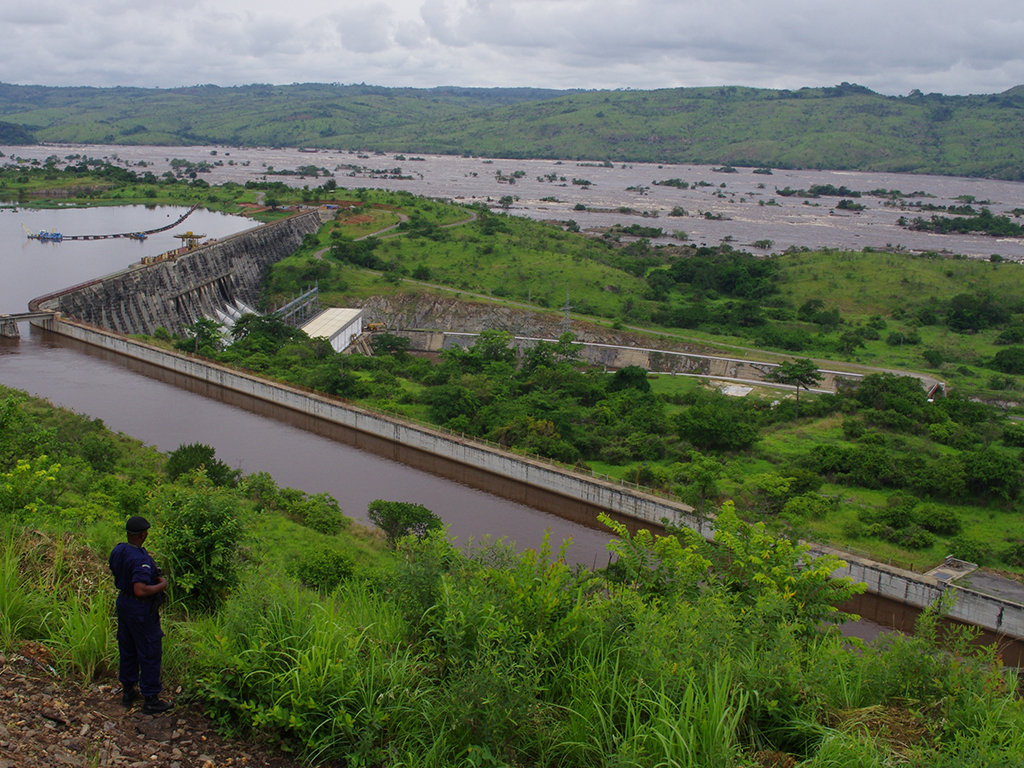 A Congolese policeman watching over Inga Dam’s electricity production site near the Congo river. The Democratic Republic of Congo and South Africa vowed in 2015 to step up work on a massive new hydroelectric dam on the Congo River that could provide power to the entire continent. Photo: Marc Jourdier/AFP

Seven years later, development of Inga 3 has failed to begin, as the project continues to be stymied by conflicts. In 2018, based on a proposal from a Chinese-European consortium, the DRC considered more than doubling Inga 3’s capacity from 4,800 MW to 11,000 MW, potentially threatening to plunge DRC into even greater debt. Earlier in 2020, one of the Spanish companies pulled out of the consortium in the lead for developing Inga 3. Despite these conflicts, DRC President Félix Tshisekedi and regional leaders continue to push to revive plans to develop the dam.

Does Inga 3 make sense? In our research paper, we concluded that pursuing large hydropower dams in the DRC is financially risky for South Africa. We assessed the feasibility and cost-effectiveness of renewable energy alternatives to Inga 3 to serve the energy needs of both the host country, DRC, and the main energy buyer, South Africa.

The hydropower potential at the Grand Inga site on the Congo River, the largest remaining untapped hydropower potential in the world, has drawn the interest and attention of development banks and regional governments for the past several decades. However, in just the last five years, the cost of alternate energy sources like wind and solar has changed the game for cost-competitive and sustainable energy generation that can be rapidly scaled up. These renewable energy sources can address severe energy deficits quickly and cost-efficiently.

In fact, the latest construction time estimates for Inga 3 is eight years. Longer build times lead to greater costs due to interest on capital. Further, analysis of constructed large hydropower dams showed that these projects cost twice the amount they quoted before the start of the project. We found that even without considering the large environmental and social impacts, the dam is an unsound investment based on plain economics.

In our study, we first assessed the most cost-optimal electricity generation investments for South Africa, the largest potential buyer of Inga 3 electricity. Our approach directly considered the economics and energy generation potential of the proposed 4,800 MW Inga 3 project as well as the temporal variability of potential wind and solar projects across South Africa.

We found that a mix of wind, solar PV, and some natural gas was on the whole more cost-effective than Inga 3 to meet South Africa’s future demand. This conclusion accounts for the impact of several uncertain factors that could change overall costs. These factors included Inga 3’s annual electricity generation, Inga 3 cost overruns, the performance of potential wind and solar projects in South Africa, and the demand for electricity in the future.

Less than 10% of sensitivity scenarios examined found that importing Inga 3 electricity would be more cost effective. The only scenarios in which Inga 3 was more cost-effective were those that assumed significantly lower than average wind energy performance. When we included either transmission costs from DRC to South Africa or 20% cost overruns, none of the scenarios favoured Inga 3. One estimate puts the cost of the transmission line alone at more than $1 billion, in addition to the $14 billion for the dam itself, as estimated by the World Bank.

In the second part of the study examining DRC’s energy needs, we found that potential wind and solar generated electricity within the country could be cheaper than the World Bank-estimated price of electricity from Inga 3 for both retail customers in Kinshasa and mining customers in Katanga province. Further, these renewable energy technologies are suitable for providing decentralised and off-grid access to electricity to DRC’s geographically dispersed population.

The proposal to more than double the initial capacity of 4,800 MW examined in our study to 11,000 MW would clearly change the economics described here. However, DRC President Tshisekedi has expressed preference for the original smaller 4,800 MW proposal. If the design changes, it will be nonetheless critical to perform a similar economic assessment for the latest Inga 3 proposal. This is particularly important as the project’s cost-benefit analysis and alternatives grow in complexity with more neighbouring countries like Angola beginning to express interest in importing Inga 3 electricity.

A regional study is needed to examine alternative energy sources that could also be internationally traded within the Southern Africa Power Pool, particularly in light of likely climate change impacts on hydropower production in the Congo and neighbouring watersheds. The international and DRC communities concerned about the energy security, financial stability, social equity, and ecological viability of DRC and the Congo River Basin must recognise and fill this important knowledge gap.

Of course, economics should be only one of many factors to weigh when choosing energy technologies. Like many other mega hydropower projects, Inga 3 has been fraught with potential severe social and environmental impacts. At least 35,000 people would be displaced by Inga 3 alone. The potential ecosystem impacts include the decline of fisheries upstream of the dam, threats to freshwater diversity and mangroves in the Congo delta, and reduced carbon sequestration through reduced organic sediment transport downstream to the ocean.

The Inga 3 project is seen by many as a panacea for solving DRC’s and the southern African region’s energy problems. But investing in such a large project that could cost as much as a third or more of DRC’s GDP has significant risk.

While it is clear that Inga 3 does not make a sound economic investment for South Africa, for DRC the alternatives are to invest in wind, solar and increasingly cost-effective storage solutions. The DRC government and international financial institutions like Africa Development Bank backing Inga 3 can still change course to choose these more sustainable and lower-risk avenues to provide cost-effective access to energy and spur economic development.

*A version of this article appeared in The Conversation here. 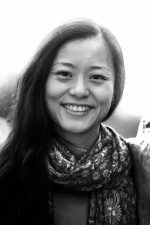 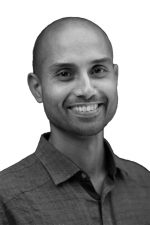 Ranjit Deshmukh is an Assistant Professor in the Environmental Studies program at the University of California Santa Barbara, and a faculty scientist at the Lawrence Berkeley National Laboratory. He is affiliated with the Bren School of Environmental Science and Management as well as the Electrical and Computer Engineering department. He leads the Clean Energy Transformation Lab (CETlab) at UCSB. 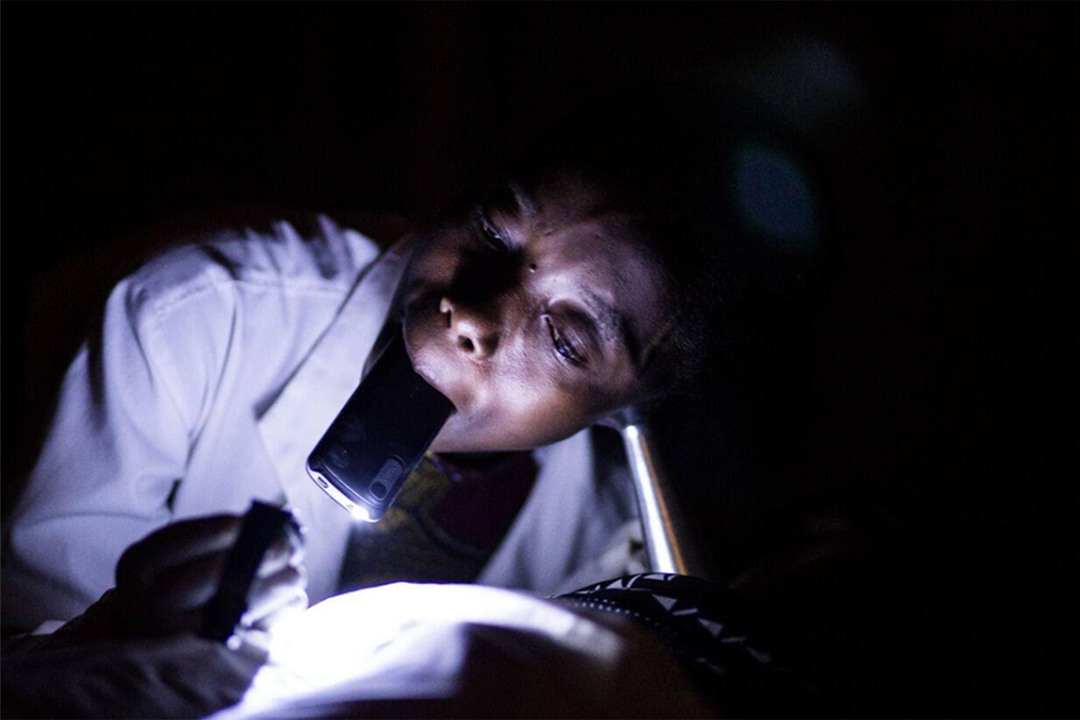