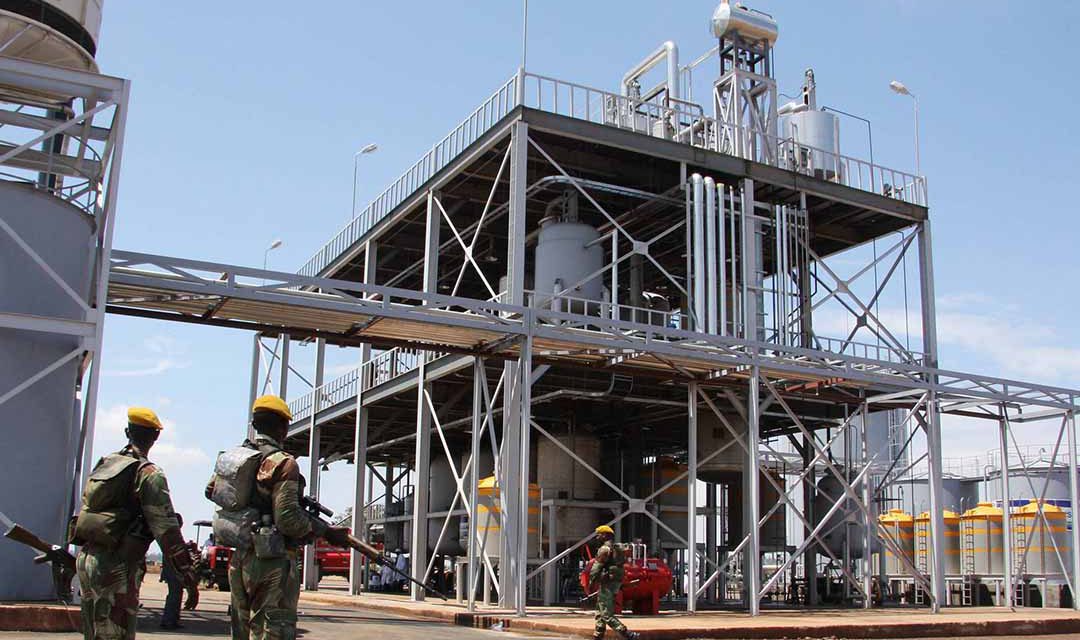 China is investing heavily in coal-fired plants in Africa, even as it prioritises renewable energy at home

As China pushes clean energy policies at home, it is exporting high-polluting coal fired thermal power plants to many countries in Africa which have been struggling with drawn-out energy crises.

With American, Japanese and European investors, as well as the African Development Bank shunning coal projects, Chinese banks and companies have seized the opportunity to bankroll various coal-fired thermal projects in Africa.

In 2016, EndCoal an environmental, social justice and health advocacy group, revealed that most of the coal-fired thermal plants financed by the Chinese were in Ghana, Kenya, Malawi and Zimbabwe. And in these countries, Chinese financing was associated with 73 to 100% of coal-fired thermal proposals.

At the same time, China was backing half the proposed coal capacity in Egypt, Tanzania and Zambia, with state-owned Export-Import Bank of China, the China Development Bank and the Industrial and Commercial Bank of China being the main financiers, EndCoal added. 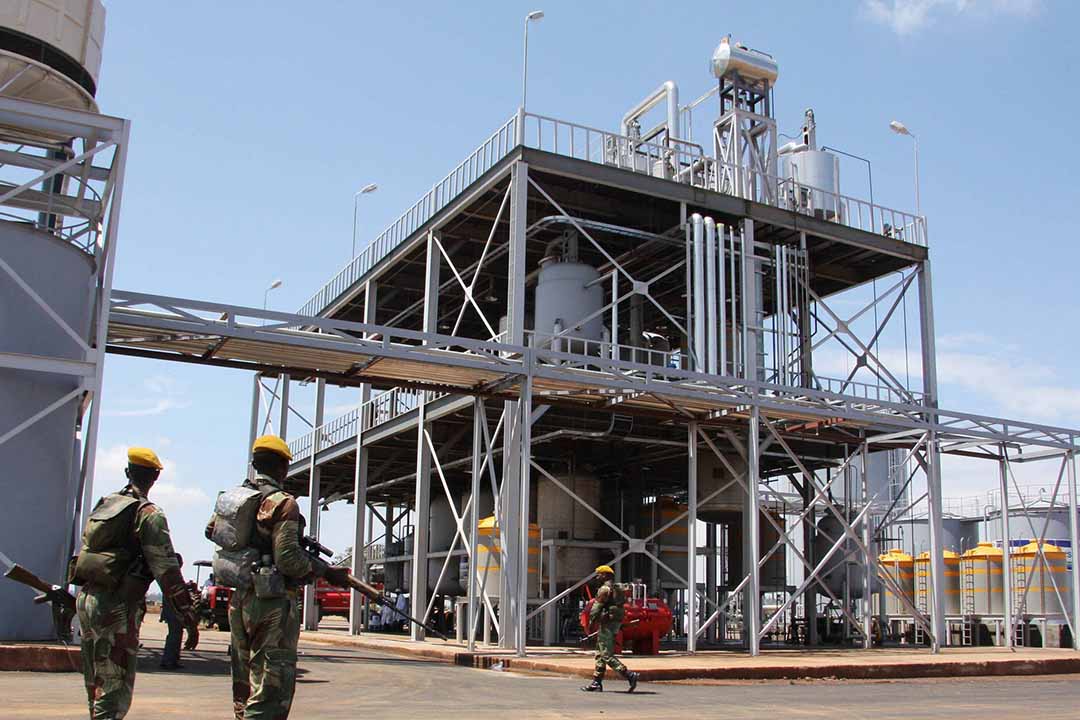 Zimbabwean soldiers guard the first biodiesel production plant on the day of its commissioning in Mount Hampden, northeast of the capital Harare. Photo: Desmond Kwande/AFP

Ironically, back home, the Chinese government is ramping up investments in renewable energy to counter the country’s air and water pollution, according to the Center for Strategic and International Studies. And Lauri Myllyvirta, lead analyst for the Centre for Energy Research and Clean Air, an independent research body, told Bloomberg that “China has enormous state-owned thermal-power manufacturing and engineering firms”.

Amid serious and persistent electricity crises, Zimbabwe is one of the African countries that has fully embraced investments worth billions of dollars in coal-fired thermal power plants from Chinese investors.

Currently, a US$1.3 billion project to expand Hwange thermal power station in Zimbabwe, funded by the Export Import Bank of China through Sinohydro, is under construction. Simultaneously, China has agreed to fund a new US$4.2 billion giant coal-fired thermal project at Sengwa in the country.

Hwange has a 920 MW installed capacity, but upon completion the expansion project will increase power generation to 1,200 MW, while the new coal-fired thermal plant at Sengwa will add at least 2,000 MW to the country’s national power grid.

In early 2020, Caleb Dengu, chairman of RioZim Energy – the company behind Sengwa – was bullish about the success of the project.

“This is testimony of Chinese commitment to development projects in Africa. The Chinese are interested in joining hands. The Chinese are looking at the business opportunity. We bring the market knowledge and management capacity, they bring the finance and the technology,” Dengu was quoted in the media as saying.

On its website, RioZim reveals that the Sengwa power plant project is based on a coal resource of 1.3 billion tonnes, capable of generating up to 2,000 MW of power, almost as much as Zimbabwe’s current total installed capacity. “The proposed project envisages the construction of a number of smaller power plants over the next 10 years. In order to achieve this goal, (the company) is in the process of bringing in technical partners to help construct the power station,” the company says.

However, climate experts and activists have been outraged by the billions of dollars poured into coal-fired thermal plants in Zimbabwe when, globally, many countries are shifting to clean and sustainable sources of energy.

Landry Ninteretse, the Africa managing director for 350.org, a non-governmental organisation pushing for a safe climate and a better future, told Africa in Fact that the international scientific community is telling countries that the world cannot absorb any new fossil fuel developments if humanity is to tackle the climate crisis.

And the Zimbabwean government’s plans to construct yet another coal plant, Ninteretse says, is not in line with the country’s commitments under the 2015 Paris Agreement, which came into effect in 2016, whereby most of the world’s countries agreed to address the negative impacts of climate change.

“While countries worldwide are shutting down coal plants, why should Zimbabwe accept a dirty source of energy which is the biggest single cause of air pollution with devastating environmental impacts?” asks Ninteretse, who describes the proposed Sengwa coal power plant as an untimely development.

“As 350.org, we would like to ask the Zimbabwean government to take action to avert the climate crisis as well as guarantee the health of its people by focusing on solutions that eliminate fossil fuels associated with air and water pollution and transition to clean and sustainable energy,” he says.

Melania Chiponda, a Zimbabwean climate change and women’s rights activist, says there is absolutely no logic behind investing in coal power plants in Zimbabwe given how the country is disproportionately affected by the effects of climate change, all of which have resulted in the loss of lives and devastated communities and the economy of the country.

“While the memories of the climate change-induced cyclone Idai (in March 2019), which left 340 people confirmed dead and hundreds missing, leaving a trail of destruction which rendered more than 51,000 people homeless and affecting a total of 270,000 people, are still fresh in people minds, we are surprised that the government still wants to build new coal-fired thermal plants using the same technologies,” says Chiponda.

Chiponda adds that Zimbabwe should instead embrace new energy technology innovations, which are accessible and affordable and known to not only provide reliable energy but are also able to generate new job opportunities.

However, Zimbabwean economist Victor Bhoroma told Africa in Fact that there are both pros and cons to investing in a thermal powered plant just as there are with any other large-scale investment in energy production worldwide. And, he says, there are a lot of factors to consider when looking at such investments.

Bhoroma points out that Zimbabwe is well-endowed with coal reserves, which he believes can be exploited for thermal electricity production at lower costs than other modes of electricity generation such as wind, solar, hydro and nuclear.

“Coal-fired thermal electricity generation costs are extremely low. This means Zimbabwe is utilising an abundant resource in coal to generate electricity at low costs. Initial cost is relatively low and the repayment period for such an investment is therefore shorter,” says Bhoroma.

He says the expansion of the Hwange thermal power station will see a reduction in the country’s electricity imports, which topped US$200 million in 2018.

“Even if there are other methods of electricity generation, what the government is doing is maximising the utility of the already installed plants to reduce our dependency on electricity imports,” he says.

Bhoroma says that although other forms of clean energy such as solar and geo-thermal are being considered in other parts of the country, their completion may be long-term and their feed into the national grid may not meet current demand.

He does agree, however, that on the downside, coal-fired thermal power plants result in massive pollution from coal mining itself, with air pollution rife in mining sites.

Though repeated efforts by Africa in Fact to get the Zimbabwe Energy Regulatory Authority’s position on coal-fired thermal plants were unsuccessful, the country’s energy minister, Zhemu Soda, told the Zimbabwe state-owned newspaper The Sunday Mail in September 2020 that overall, power generated from the hydrocarbon and coal activities presently underway will cumulatively inject more than 3,000 MW to the grid.

But, Soda says, additional electricity contributions are expected from renewable energy projects such as solar, some of which are already under way. 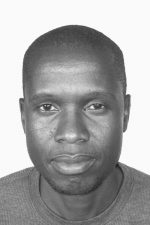 Andrew Mambondiyani is a journalist based in Zimbabwe with a special interest in climate change, agriculture, sustainable development, human rights and the environment in general.