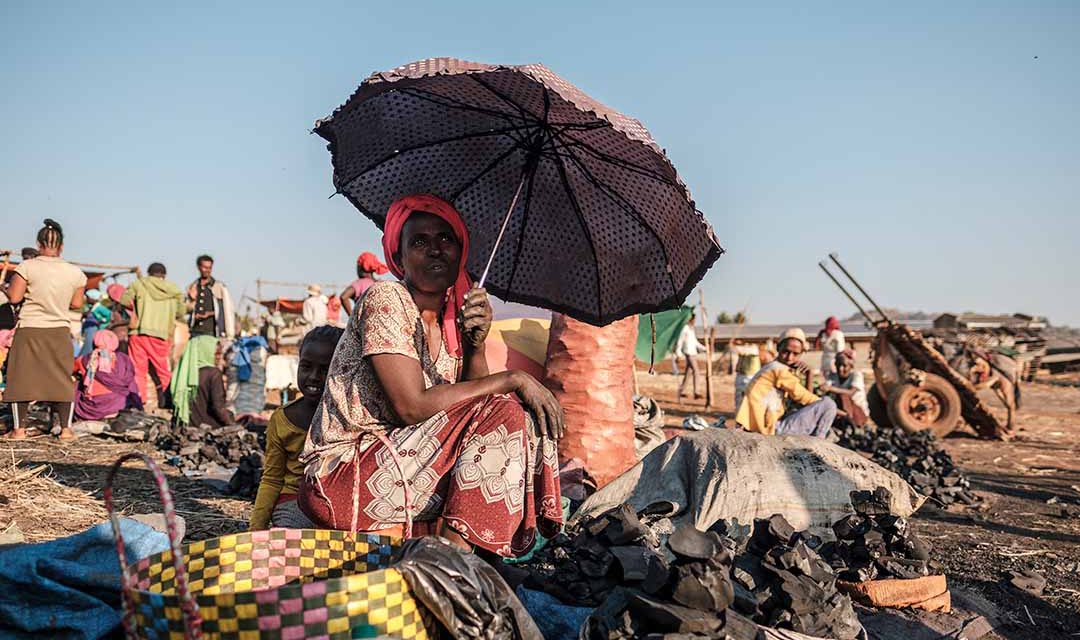 If forests are properly managed and harvested, charcoal could be a renewable energy source that does not destroy the environment 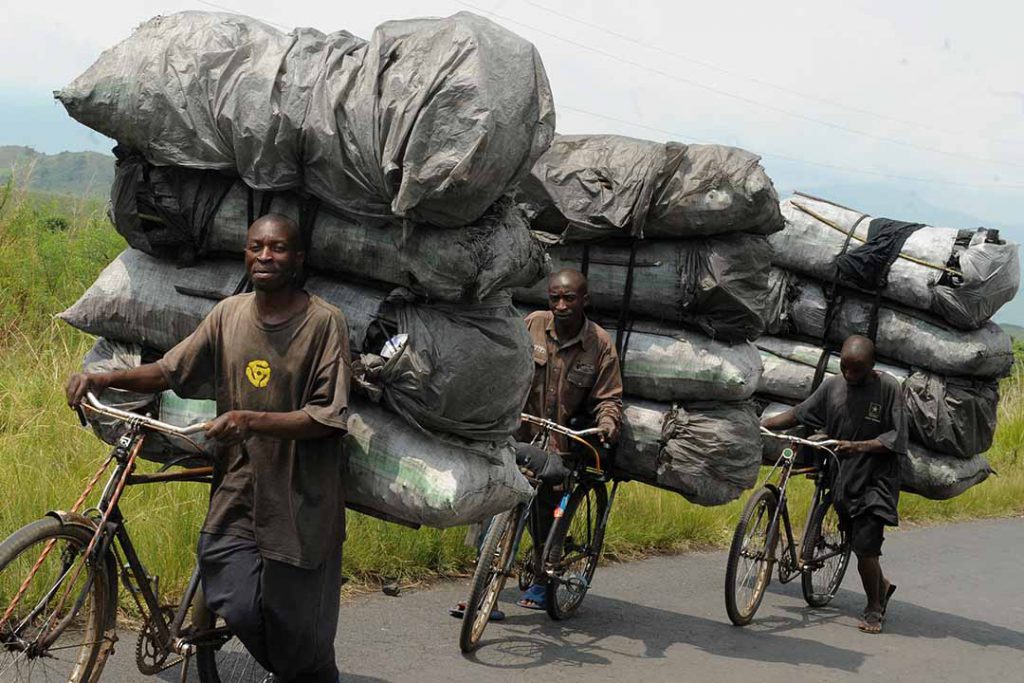 Congolese charcoal dealers push their bicycles up the hill as they transport their produce to the market in Sake, North Kivu, in democratic republic of Congo’s Goma province on December 3, 2011. Much of the charcoal in Goma is produced from trees in the Virunga National Park, which is used for cooking and heating by the millions of people living in this troubled region. A sack of chalrcoal sells for approximately the equivalent of USD20 in the market. AFP PHOTO / SIMON MAINA (Photo by SIMON MAINA / AFP)

Charcoal is one of the most important commodities in sub-Saharan Africa. In southern and East Africa, the tall, stiff sacks of charcoal propped up by the side of road are one of the most ubiquitous sights when driving along even remote rural roads; likewise, the evening smell of any town is always partially composed of the smoke of charcoal ﬁres. According to the most recent estimates by the United Nations Food and Agricultural Organization (FAO), Africa produces nearly 60% of the world’s annual charcoal supply, most of it for domestic use by as much as 80% of sub-Saharan Africa’s urban consumers.

The road-side sacks speak to its vital role as a rural employer; the evening smells to the huge reliance of urban dwellers on charcoal as their primary energy source. The charcoal economy is vast, vital, and often criminalised and corrupt. Its negative impacts are well-known: it contributes to lung disease and forest degradation, and sometimes to deforestation. It has been taxed by Al-Shabaab, and attempts to ensure access to woodlands for charcoal have led to the killing of forest rangers in the Democratic Republic of Congo (DRC) by local militias.

For most people, charcoal is either so ordinary it’s invisible, or it is seen as so dangerous that it must be demonised. But this is really a “grey” trade, straddling the legal and the illegal, the legitimate and the illegitimate, and it is too important to remain in this inbetween space. To make charcoal, wood, usually harvested from nearby forests, is burned over several days in an artisanal kiln. Most charcoal producers are poor and often illiterate rural people, who produce charcoal on their own homestead. The process is extremely inefficient – as little as 10-15% of the wood used in this method is actually marketable as charcoal; the rest goes to waste.

From these “backyard” kilns, charcoal is collected and transported to towns and cities, and sometimes across regional borders. The highest-quality charcoal, made from particular tree species, may also be exported off the continent. Along the way, the charcoal trade involves a large range of people: loaders, truck owners, truck drivers, small transporters, creditors, wholesalers, retailers, stove makers, stove retailers, tool retailers, and charcoal exporters. Seen like this, the industry provides income to millions across the region – if not tens of millions. According to a report by the World Bank published in 2018, in rural areas of Mozambique, the industry generates jobs for 136,000 to 214,000 people.

In 2018, Kenya’s Ministry of Environment and Forestry estimated that the charcoal trade was the largest informal-sector employer, employing 700,000 people, who in turn were believed to be supporting 2.3-2.5 million people. The charcoal value chain ties the fate of the rural poor to the quality of life of millions of urban residents. For the households in towns and cities who consume most charcoal, it is a cheap and efficient energy source. Other energy sources, when they are available, are simply not as affordable. Combine this reality with the fact that, according to the UN, Africa’s urban population is the fastest growing in the world. 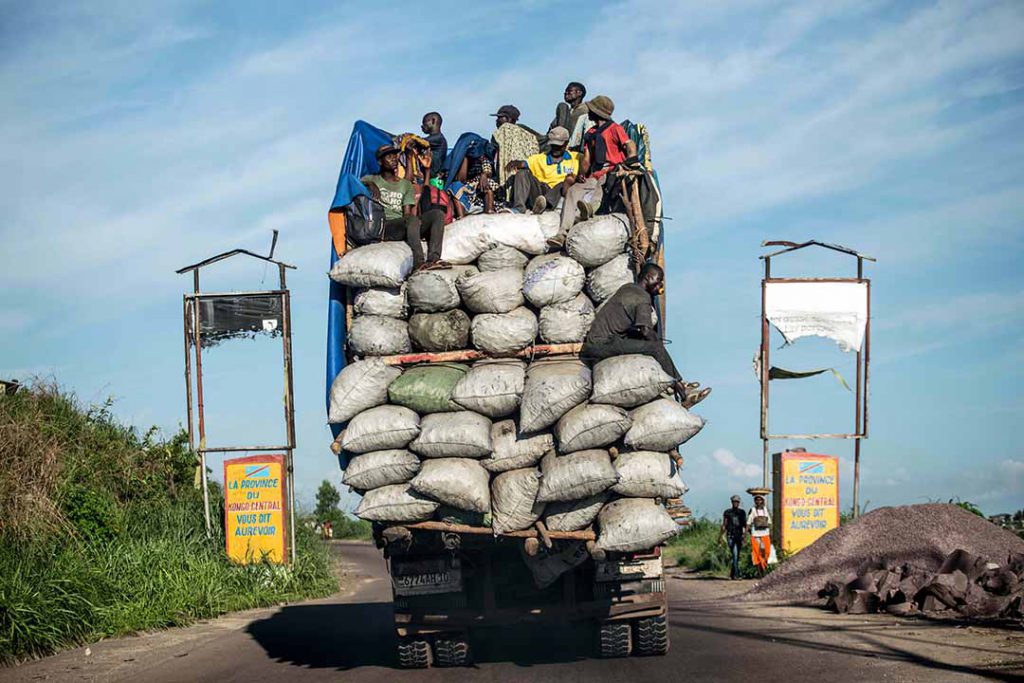 A lorry carrying charcoal and various other products clears a checkpoint on the road that leads from Matadi to Kinshasa on November 10, 2018. – From the port of Matadi to the capital Kinshasa, a 350 km road crosses the south-west of the Democratic Republic of Congo. (Photo by Junior D. KANNAH / AFP)

According to a meeting held by a UN expert group on urbanisation and migration in 2018, urbanisation in east and southern African countries is expected to increase by 74.3% and 43.6% respectively by 2050. While many hope that investment in energy infrastructure – renewable or not – will reduce the urban reliance on charcoal, this seems extremely unlikely to happen soon. Dr Casey Ryan, who researches charcoal production and land-use change at the University of Edinburgh, points out that even if investments come to fruition in the region’s capital cities, most urban growth in Africa is happening in so-called secondary cities: “So, all those cities, which are growing very fast, are mostly going to run on charcoal – and they’re also quite far down the queue for, say, piped gas or electricity, investments which are normally focused on the capital,” he told Africa in Fact.

However, the current dynamics of charcoal production result in environmental degradation, threatening biodiversity and carbon sinks, and some profits from the industry accrue to corrupt and violent groups. The DRC, Somalia, South Sudan, Kenya, Tanzania, and Mozambique all show alarming rates of loss of forest cover. Charcoal is not the only culprit: deforestation is also happening as land is cleared for farming, and through logging for timber. But charcoal is a significant contributor to this phenomenon, often in a dynamic relationship to other causes of deforestation.

Charcoal production is currently often locked into a damaging cycle with rural poverty, as extended droughts and low agricultural productivity push many away from farming and towards charcoal production, which in turn degrades the environment for agriculture further. Yet it doesn’t have to be this way: wood fuels are renewable resources which, if properly managed, can regenerate through the planting of new trees. Their impact on carbon emission is more complex: scientists are split on whether wood-based fuels are carbon neutral or not.

Simply stated, the positive case rests on the idea that newly planted trees absorb carbon dioxide, making up for the emissions caused through burning them. While Europe has come under ﬁre for counting wood fuel used in wood- chip fuelled energy plants as carbon neutral, charcoal production in Africa is much more artisanal and does not necessarily result in large-scale conversion of forest to, say, agricultural land. If trees were selectively harvested, or replanted, forests would fare much better. Much of this calculation ultimately rests on the exact nature of the forest use, fuel production, fuel consumption, and their regulation.

The most extreme impact of the charcoal trade occurs in places where governance is contested, or where there is large-scale criminalisation of the sector. This is the case in the Virunga region of the DRC, where proﬁts from the charcoal trade – amongst other things – flow to militias like the Democratic Forces for the Liberation of Rwanda (FDLR), leading to violent, lethal conflict over access to national parks. Effectively regulating the charcoal industry involves balancing competing interests in preserving forests and sustainable resource use, rural livelihoods and the needs of urban consumers. Yet, in sub-Saharan Africa, policies regulating the charcoal trade, if present at all, are typically paper tigers. 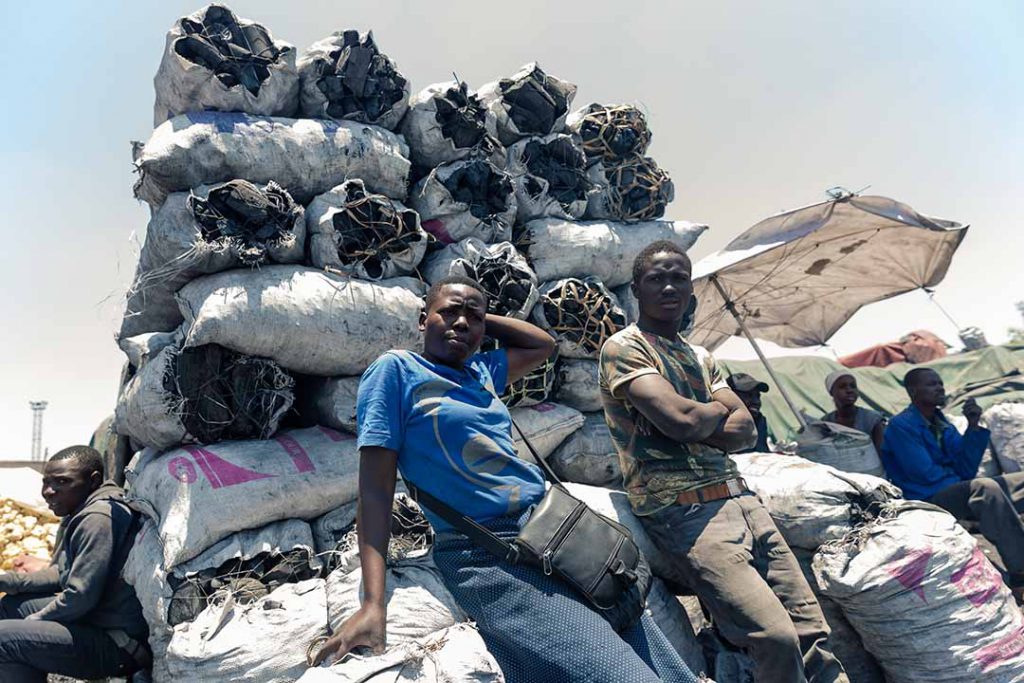 Prudence Mkonyo (L), a charcoal vendor in Zimbabwe, stands beside 50-kilogramme polythene bags full of charcoal piled on top of each other as she openly sells her wares at Mbare Musika Market in Harare, on November 5, 2019. – Zimbabwe is losing more than 330,000 hectares of forest annually. Agriculture is still the number one driver of deforestation. (Photo by Jekesai NJIKIZANA / AFP)

When faced with criticism about forest degradation and the charcoal trade, states often talk big, but act little. Most states already have laws stipulating a licensing regime for charcoal production, which are intended to keep environmental degradation to a minimum while allowing production to take place. But weak state capability (especially in rural areas), corruption, and the way these things square up against the vital role that charcoal production plays in rural economies, mean that these laws are often barely enforced. The result is that most charcoal production, transport, and sale becomes informal and often illicit, and transporters become a prime source of petty bribes for police.

This is often to the beneﬁt of large entrepreneurs who have “captured” a large slice of the urban market, often by buying state protection. Such clumsy, ineffective, and even insincere, attempts at regulation have the effect of making a massive industry largely illicit. The World Bank’s research in Mozambique, for example, estimated that only about 5% of the charcoal sector was operating under formal regulation. Other researchers have estimated that 80% of production in Tanzania is illicit. While weak regulation fails both at protecting the environment or upholding the interests of rural producers or urban consumers, the use of outright bans is even more destructive.

In Kenya, for example, the production and sale of charcoal is currently under a blanket ban, despite the fact that it remains vital to the basic needs of millions of Kenyan citizens. Other countries also periodically place total bans on the trade when pressure to curb forest degradation becomes intense, but then cannot meaningfully impose the regulation. Ten years ago, research by the World Bank on  East African charcoal value  chains  demonstrated  that bans can make criminality and corruption  in  the industry worse. Urban consumers simply cannot ﬁnd alternatives to charcoal, as other fuels are far more expensive or unavailable.

Bans mean that a vital industry has to be conducted entirely clandestinely, increasing corruption and state collusion, and transporters pass these costs onto the consumer, driving up prices, which remain high even after bans are lifted. Yet to this day, bans continue to be a popular government reaction. Likewise, academics Esther Marijnen and Judith Verweijen, writing about their research for the London School of Economics, have challenged the idea that strict law enforcement can ever be a solution to the FLDR’s proﬁts from the charcoal trade using trees from the Virunga National Park, as local inhabitants have no other sources of income, and the demand  from the nearby city of Goma is unceasing.

“With little collaboration from the population, can operations to dislodge armed groups from production areas be successful?” these authors ask. “With no alternative livelihoods, will further impoverishing offenders with arrest work as a deterrent?” There is, however, scope for intervention and reform. Researchers such as Mary Njenga from the World Agroforestry Centre argue persuasively that, if forests are properly managed and harvested, charcoal can be a renewable energy source that does not entail environmental destruction. Technical and value chain interventions, Njenga argues, have already been identiﬁed in improving the efficiency both of the kilns that are used to produce charcoal and in the stoves that burn it. 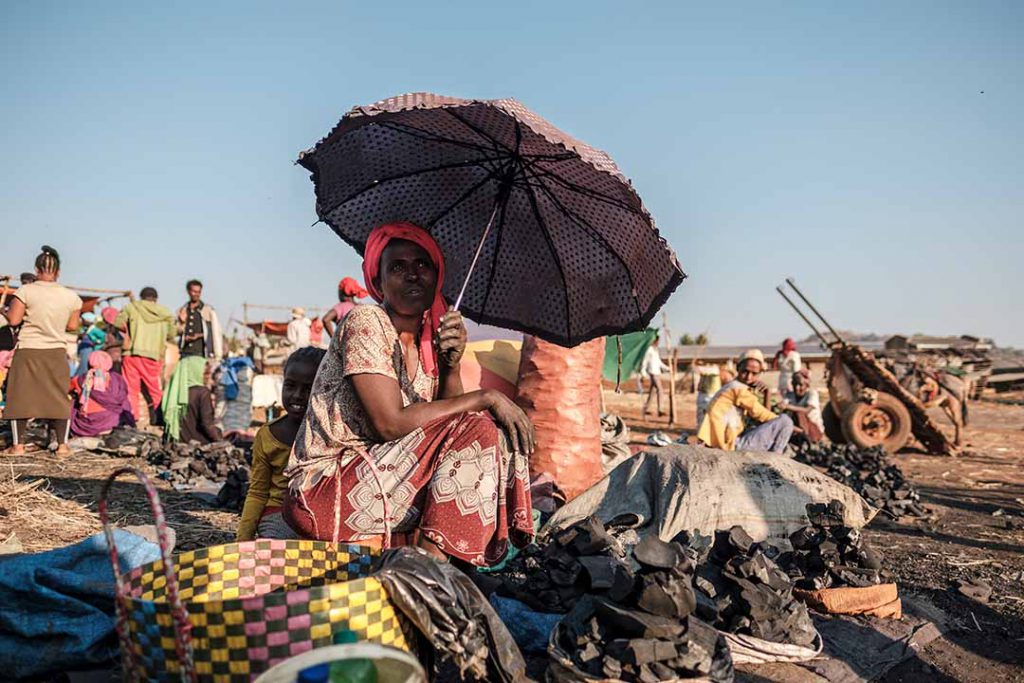 But regularising the charcoal economy will also be political. It will require tackling interests that beneﬁt from the current (corrupt and poorly regulated) status quo, including powerful entrepreneurs who control proﬁts in urban markets and resist state regulation of the sector. To regularise the trade in a way that is fair and supportive of the poorest, such measures will also have to take into account the realities of rural livelihoods and address highly contentious issues such as access to land. It is in these measures, perhaps counter-intuitively, where the most sustainable intervention will be found in even highly violent situations. 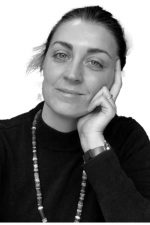 Simone Haysom is an independent researcher and writer, focusing on urbanisation in Africa and the effects of conflict on civilians. She has worked for the Overseas Development Institute and published with the Institute for Security Studies, the Huffington Post and the Mail and Guardian. 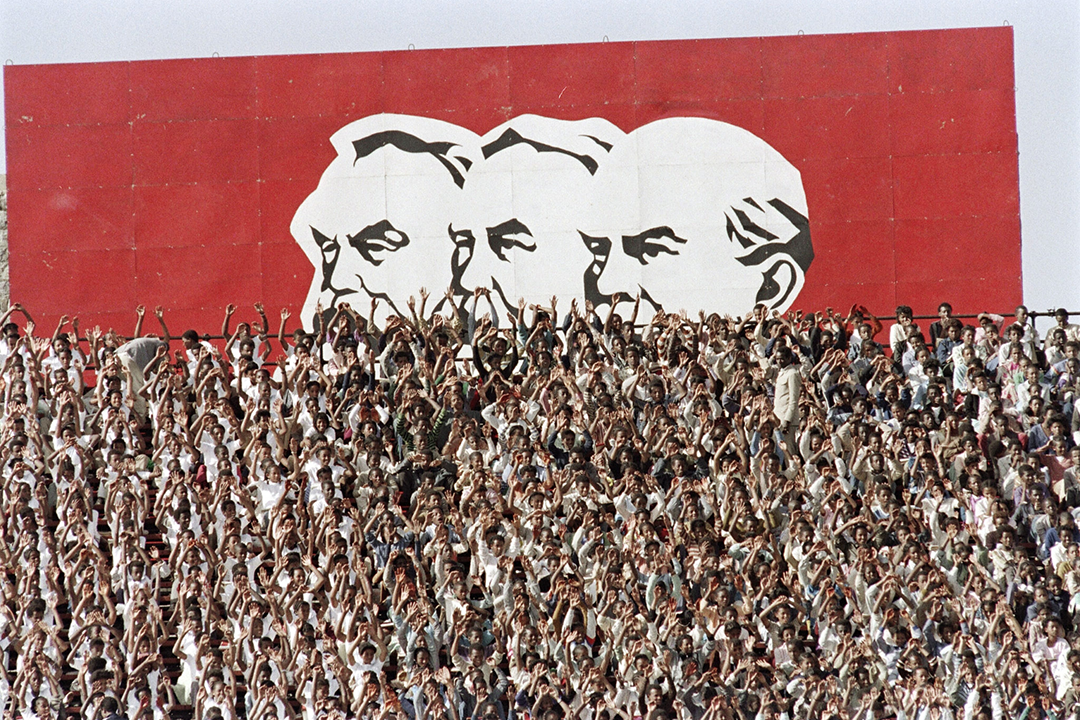 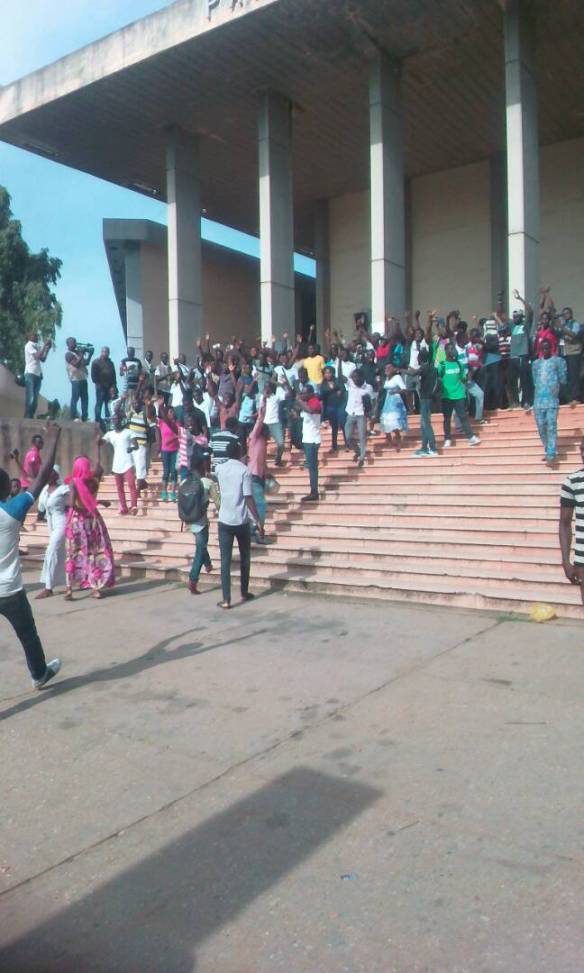 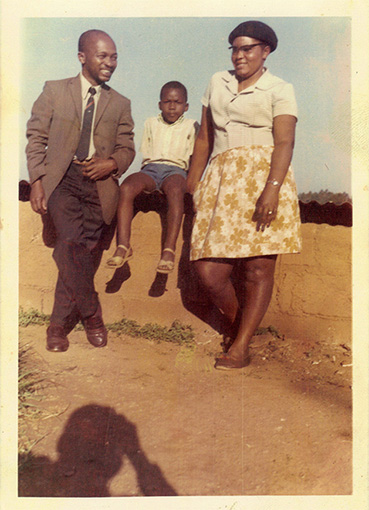