There’s an old saying in Tennessee — I know it’s in Texas, probably in Tennessee — that says, “fool me once, shame on — shame on you. Fool me — you can’t get fooled again.” We have former United States president George W Bush to thank for this misconstrued adage. This is the state that we South Africans find ourselves in regarding some government officials’ attitude and behaviour towards the citizenry; those who have been caught have transgressed the best interests of good governance.

The recent misuse of a state aircraft to carry an ANC delegation to Zimbabwe is a case in point. The delegation was led by ANC secretary general Ace Magashule to discuss the economic, social and political crises in Zimbabwe. July saw anti-government protests in that country, to which the state responded by arresting journalists and opposition figures. This prompted international condemnation and calls for the South African government to intervene. 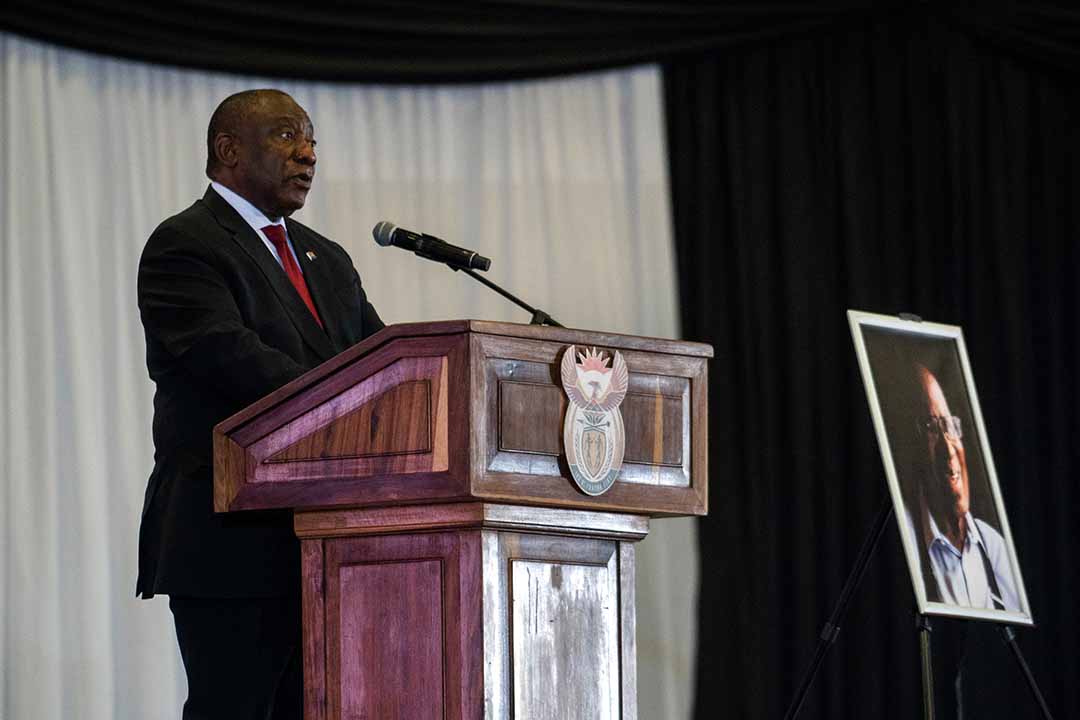 President Cyril Ramaphosa sent former parliamentary speaker Baleka Mbete and former ministers Sydney Mufamadi and Ngoako Ramatlhodi in August to “engage the government of Zimbabwe and relevant stakeholders to identify possible ways in which South Africa can assist Zimbabwe”. But this was not to be. Zanu-PF did not invite any other organisations to “engage with” the South African delegation. This drew criticism from the opposition Movement for Democratic Change and others who were excluded from the talks.

A second South African delegation saw the ANC and Zanu-PF holding discussions at party to party level. The ANC delegation included senior ANC leaders such as Lindiwe Zulu, the minister of social development. They arrived in Harare on 8 September, having hitched a ride with Minister of Defence and Military Veterans Nosiviwe Mapisa-Nqakula, who was making an official trip to Zimbabwe on a South African Air Force National (SAAF) plane.

The South African National Defence Union defended the minister’s decision to offer her ANC colleagues a lift in a SAAF jet, saying that we are living in unique circumstances under lockdown. The defence department said the ANC delegation’s trip just happened to coincide with the minister’s official trip and there was nothing more to it. But, have people’s expectations of government accountability dropped so low that such explanations suffice? I unpack relevant questions and events regarding the infamous trip to Zimbabwe that require clarity.

When Magashule was asked if the party had improperly used state resources to conduct ANC business, he promptly responded: “No”. A short while later he changed his tune and said the ANC would pay back the costs incurred. This change of heart maybe him realising that the delegation did indeed abuse state resources. But it was probably an attempt to try to do damage control after the public outcry.

In Chapter 6 of the document Guide for Members of the Executive, under the section International Travel, clause 1.3 states: “Ministers and deputy ministers should approach the president in writing to request approval for the intended visit and in the event of a planned official visit abroad, such request should be at least two weeks prior to departure. Such a request, in the case of a minister, should be accompanied by a request for the appointment of an acting minister.” 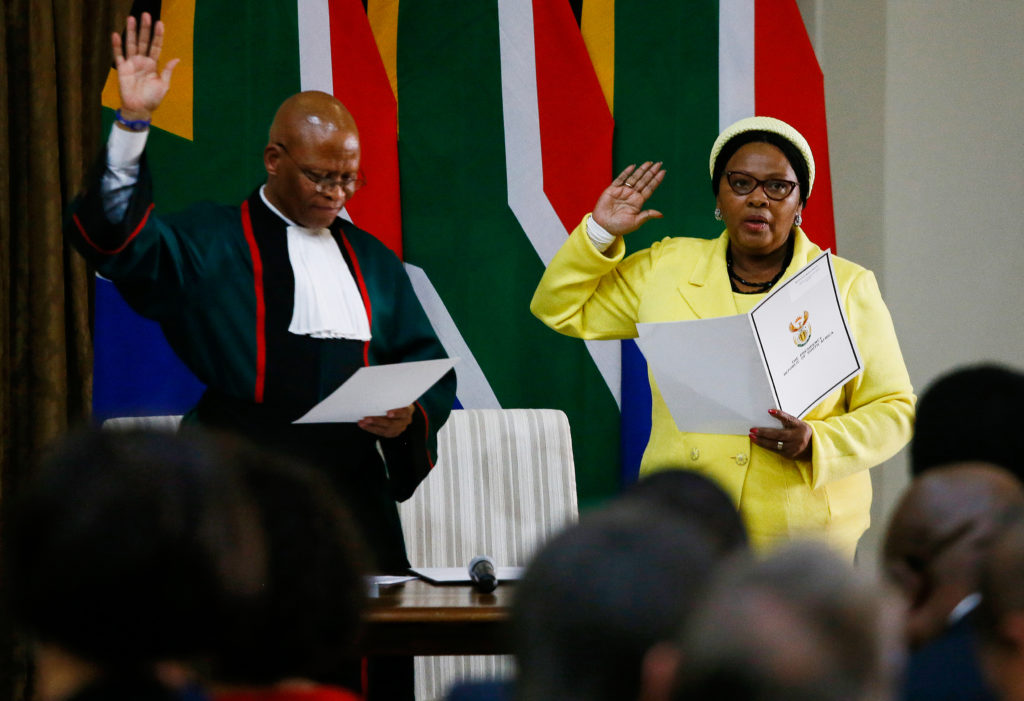 The minister was on an official trip for which the president had given permission and for which she was entitled to use an SAAF aircraft.

Is it not natural to assume she would have had a discussion with either the president or her husband, Charles Nqakula, who is the national security adviser to the president, about the purpose of her visit and who she would ferry to Zimbabwe?

Misuse of an SAAF jet

This is probably the reason the president found it was “an error of judgment to use the plane to convey a political party delegation”.

It is puzzling that as the president of the ANC, he would not have been kept abreast of the developments regarding the delegation to Zimbabwe.

And it seems fair to assume there would be some liaising between the ANC officials and officials in the presidency regarding the business of international relations.

South Africa’s ports of entry were closed under Covid-19 regulations, except for those designated by the minister of home affairs to undertake (a) the transportation of fuel cargo and goods; and (b) humanitarian operations, repatriations, evacuations, medical emergencies, movements for diplomatic and international organisations and staff and other exceptions.

It is unclear which ministry gave official permission for the trip. In terms of the lockdown restrictions the ministry of transport authorises travel out of the country. When questioned about authorisation, Transport Minister Fikile Mbalula did not commit to an answer but rather stated that because the delegation travelled in a SAAF jet, it did not need permission because the air force “controls the skies”.

An ANC statement on 15 September stated: “We profusely humble ourselves where we went wrong during the lockdown and will reimburse the government for the costs incurred on behalf of our delegation. Our delegation is under quarantine in line with our lockdown regulations.” But the Sunday Times reported that Magashule insisted he did not believe the delegation had abused state resources. Is the statement not a hollow apology perpetuating the sense of foolery to which we have become so accustomed?

The report further stated that at least two members of the delegation — Zulu and former minister Nomvula Mokonyane — did not go into the stipulated 10-day self-isolation period required under lockdown regulations after international travel.

Ramaphosa issued Mapisa-Nqakula with a formal reprimand. He imposed a three-month salary sacrifice, starting from 1 November, which will be paid into the Solidarity Fund that supports the country’s response to the pandemic. And he told her to ensure the ANC reimburses the state for the cost of the flight.

l It was a long while before an amount was set for how much the ANC must pay back. It has since been established that the repayment will be R105 545.56. But the question is: if the ANC does pay their share of the cost of the flight, does it mean a political party has subsidised the government’s official business activities?

l Although Mapisa-Nqakula will lose three months’ salary we should not be overly empathetic. The minister will not face the realities so many South Africans have to deal with, including the fear of losing their homes. According to Chapter 8 of the handbook under the section Accommodation, she will still enjoy the benefits of living in her official residence at no cost. The “punishment” for breaking Covid rules is divorced from the deprivations faced by most South Africans.

The president said the minister’s error of judgment was not in keeping with the responsibilities of a minister. He found that Mapisa-Nqakula:

For any society, it is important that officials are held accountable when they transgress the principles of good governance. It is also important that the punishment meted out will act as a deterrent for future transgressions, otherwise the foolery will continue.

South Africans should expect more accountability from government officials. If not, we have ourselves to blame and the correct version of the adage will ring true: “fool me once, shame on you; fool me twice, shame on me”.

This article first appeared in the Mail and Guardian here