The daily grind of dangerous work 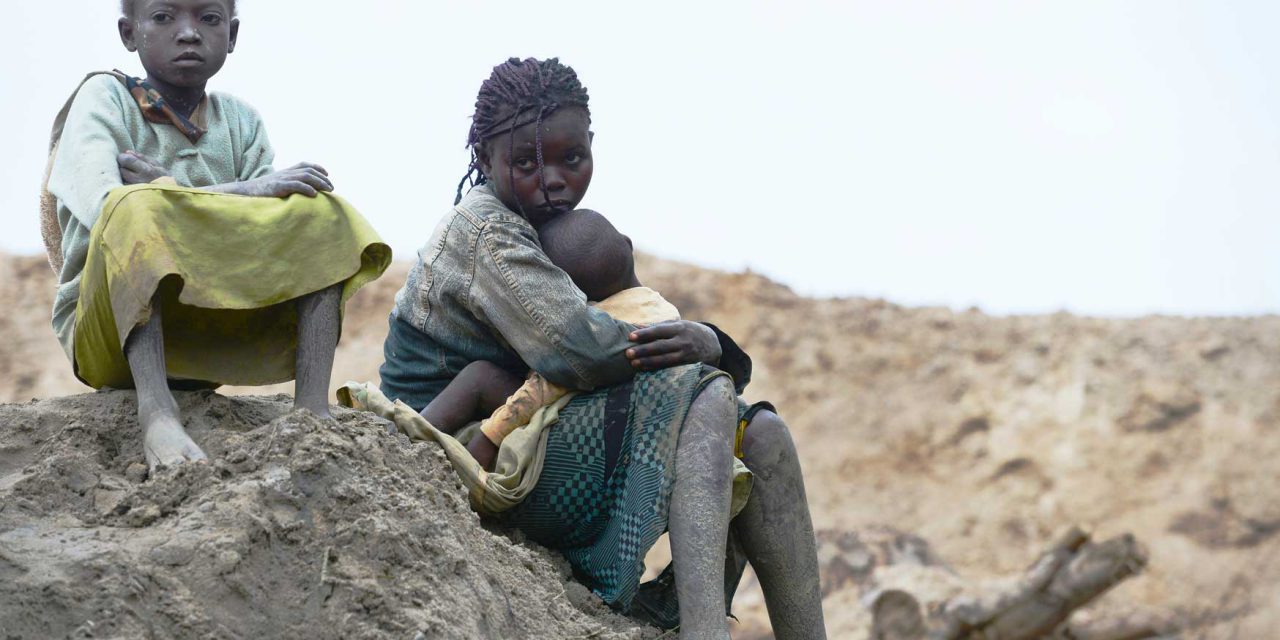 The United Nations Children’s Fund (UNICEF) has reported, with the International Labour Organisation (ILO), that in 2020, 160 million children were subjected to child labour globally. Child labour remains a critical issue in the world today.

The ILO defines child labour as all forms of work done by children under the age of 18. The worst forms of child labour include slavery, drug trafficking, forced recruitment in armed conflict, illegal mining, and work that is hazardous to their health, safety, or morals. In other words, it is work that deprives children of their childhood, their potential, and dignity, which is harmful to their health, safety, and morals.

About 63 million of these children are girls, and sub-Saharan Africa (SSA) is one of the regions significantly affected, seeing an increase in both the number and percentage of children in labour since 2012. In SSA alone, 86.3 million children aged between 5 to 17 years are involved in child labour, accounting for 23.9% of the overall global total.

“In some areas, the problem is particularly acute,” the ILO said in May 2019. “ILO research indicates that in Burkina Faso and Niger, some 30-50% of the gold mine workforce is comprised of children; most are under the age of 15, and some work under conditions of forced labour. A 2015 study estimated that 20% of artisanal gold miners in Mali were children. Thousands of children work in gold mining in the western, central, and Ashanti regions of Ghana. 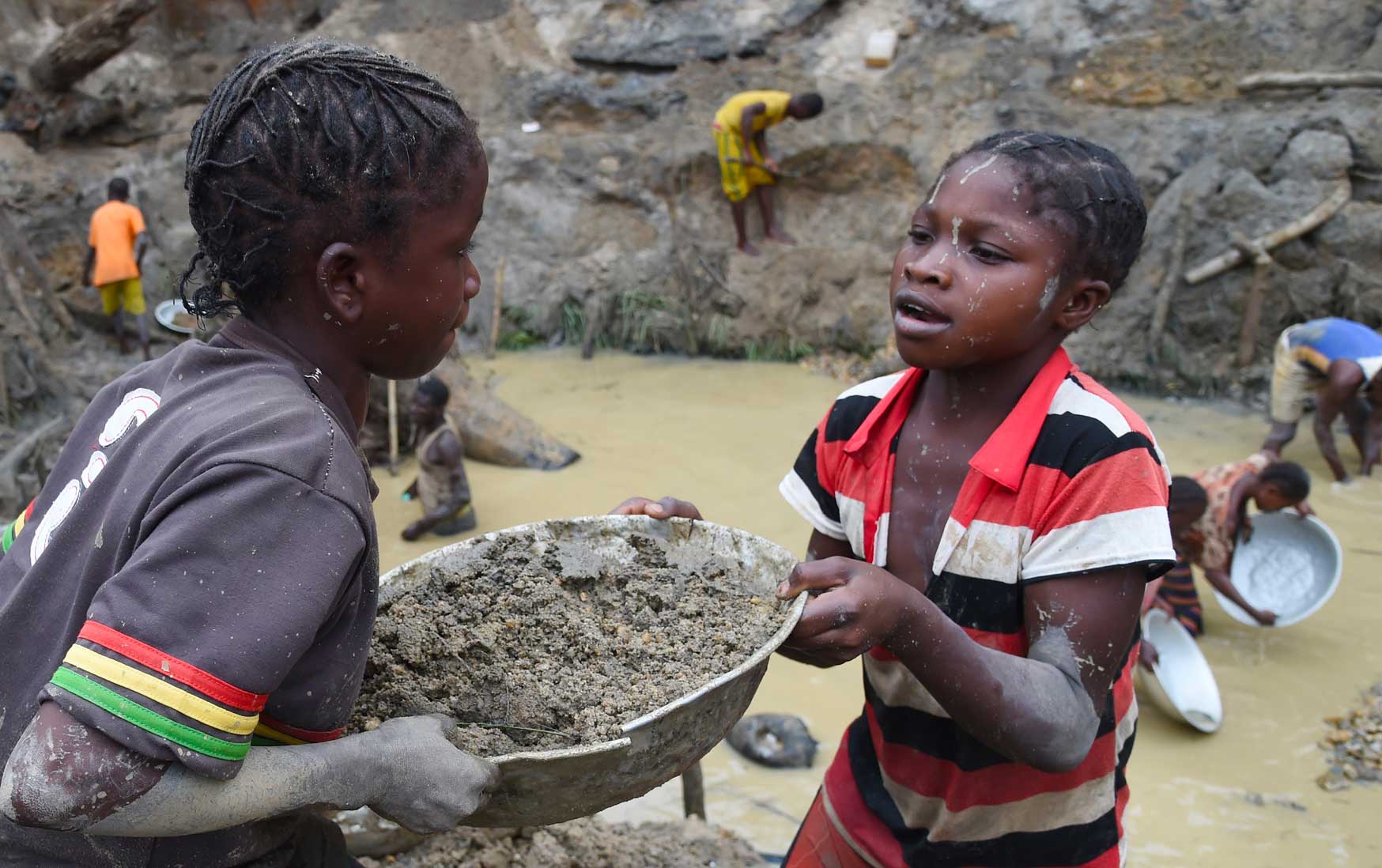 Child gold miners hold a bowl of earth while looking for gold in a traditional mine in Central African Republic.

“Child labour is also found in cobalt and coltan mines, minerals used in portable electronic devices, and rechargeable batteries, including the batteries of electric cars. More than half of the world’s supply of cobalt comes from the Democratic Republic of Congo (DRC), where children, some as young as seven years of age, work in life-threatening conditions, subject to violence, extortion, and intimidation,” the ILO said. “This cobalt has been traced to lithium batteries sold by major multinational companies.”

And child labour is not restricted to these countries, the ILO said. “Children also work in mines in situations of debt bondage or trafficking in countries such as Zambia, Zimbabwe, Nigeria, Liberia, and Sierra Leone.”

Eradicating child labour remains a key priority of the global development agenda. The UN’s Sustainable Development Goals under target eight – Decent Work and Economic Growth – pave the way to eradicate forced labour, end modern slavery and human trafficking, and secure the prohibition and elimination of child labour. This includes the recruitment and use of child soldiers and child labour in all its forms by 2025. But with three years to go before we reach that deadline, child labour remains on the rise. For girls, more so than boys, the “triple burden” of school, work, and household chores is a reality that stands in the way of access to quality education and economic success, diminishing their social status and quality of life.

Children in poor households, typically in low- and middle-income countries (LMIC), often contribute to their families’ livelihoods by assisting with household responsibilities and engaging in employment themselves. The girl child is often subjected to the triple burden of work, which includes work inside and outside of the household. Other than agricultural work, inside work involves household chores such as childcare, cleaning, cooking, and laundry among many other household tasks. 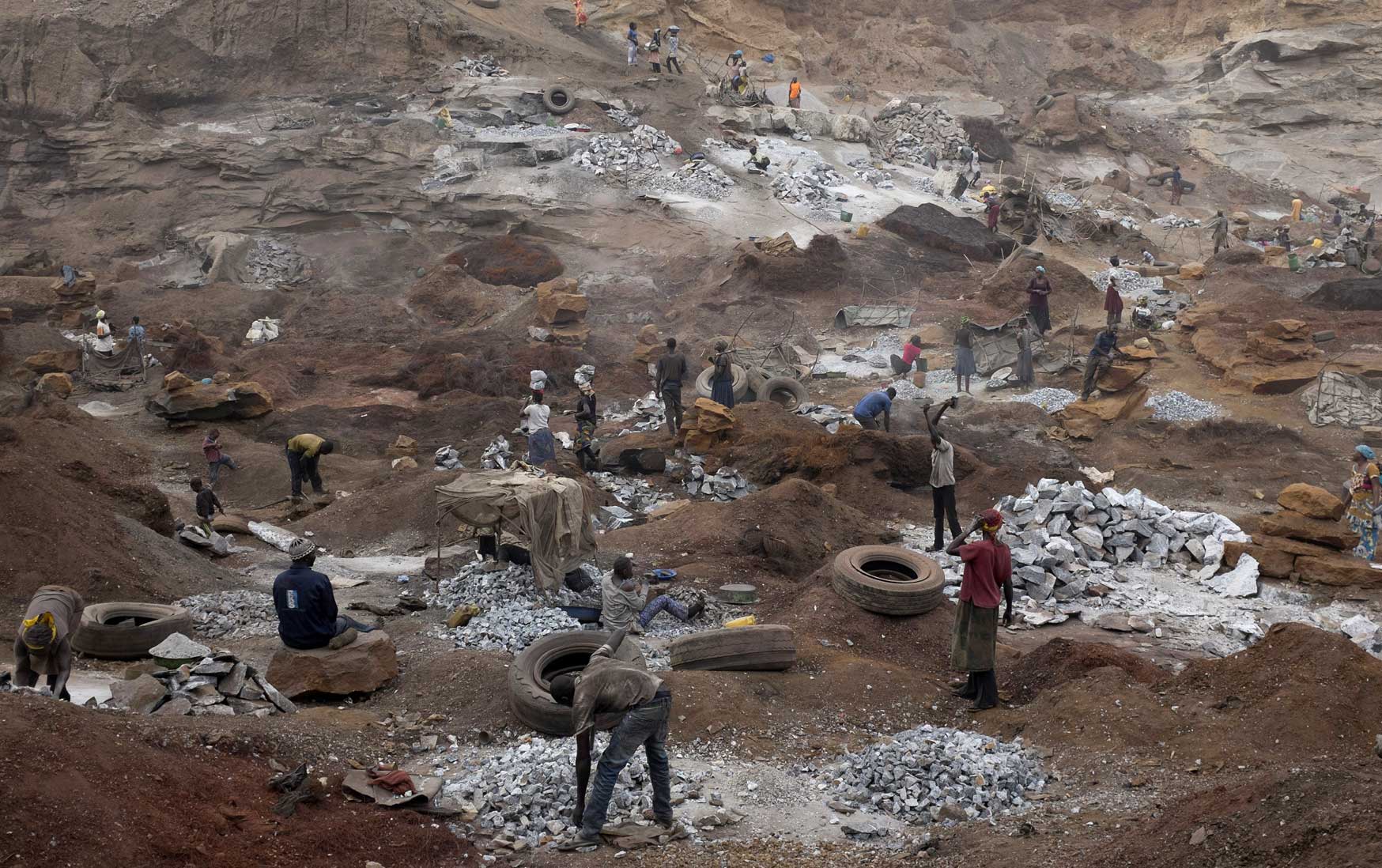 Adults and children work in a quarry in Ouagadougou, Burkina Faso.

This type of work is described as a hidden form of child labour because it is unpaid and often unreported. While it is assessed that boys engage in more child labour than girls, girls are engaged in these hidden forms of child labour and various other outside work. Gender differentiated roles in child labour continue to reflect gender inequality, especially in LMIC.

The issue of girl child labour in mining is largely unreported and therefore not fully recognised by the law – and very often missed by media and intervention services. Why is that? Typically, girl child labour is often overlooked because statistically, more boy children are engaged in hazardous work than girls.But according to ILO’s International Programme on the Elimination of Child Labour (IPEC), girls are also involved in artisanal and small-scale mining (ASM) in Africa, although little is understood about their roles and activities.

Yet, according to the 2020 UNICEF and ILO report, 86.6 million of the 160 million children engaged in child and forced labour are in ASM. In this case, small-scale mining refers to the low output, highly intensive extraction of minerals for revenue. Often the minerals are mined in small pits using artisanal methods. A 2006 ILO report found that 49.3% of child labourers aged 5-11 years in hazardous work were girls, 45.2% between 12-14 years, and 37.9% between 15-17 years.

Small-scale mining activities are extremely harsh and dangerous, with a high risk of accidents, and these girls are exposed to long working days, as well as to fine dust and toxic substances without any protective equipment. According to the ILO, girl children are involved in the extraction, processing, and retail of minerals. They also work in support services such as running stalls or panning their section of the riverbank to support their families. In Ghana, 50% of the girls working in mines reported suffering from exhaustion and more than 30% complained about body or abdominal pains. Similarly, girls involved in gold mining in Niger complained about arm pains, headaches, dizziness, and breathing difficulties.

In addition to the physical strain, these girls suffer psychological damage due to living in the shadow of a heavily masculine environment, where sexual harassment is an ever-present reality. In most cases, women felt threatened by abuse, domestic violence, and neglect. In Ghana, girls engaged in mining activities were subjected to physical, psychological, and sexual trauma. The report noted that “some girls were reported to be working upwards of 12 hours a day and from as young as 10-12 years old. This is often an environment of physical and sexual abuse due especially to alcohol consumption and the vulnerability of the girls.” 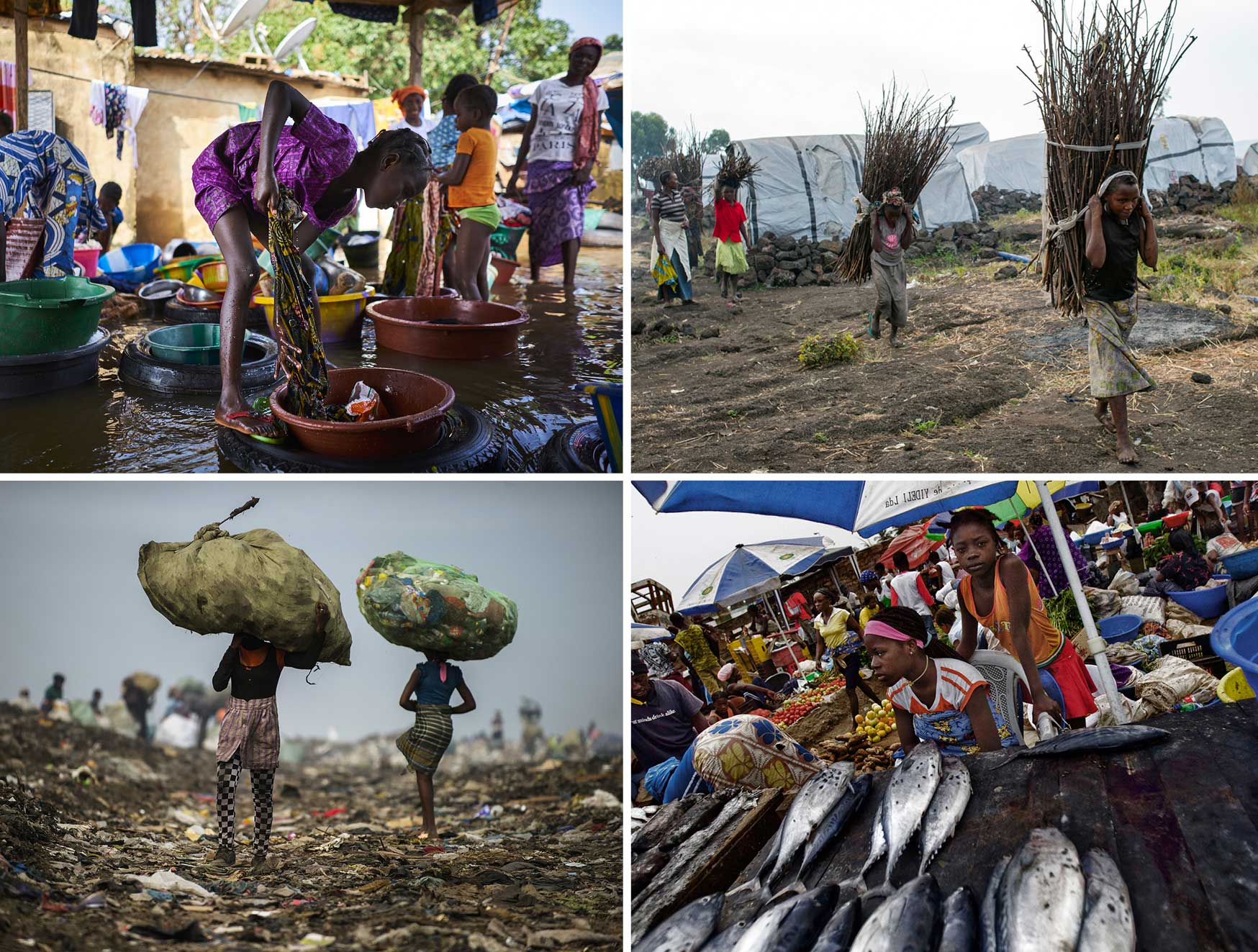 Top left: A Malian girl washes her clothes in the Niger river in Bamako.
Top Right: Young Congolese girls carry bundles of firewood at the Bulengo camp for internally displaced persons, 20 km west of Goma in the east of the Democratic Republic of Congo.
Bottom left: Girls carry bags of plastic items and tins as rubbish pickers sift through garbage in Maputo, Mozambique.
Bottom Right: Two Angolan girls sell fresh catch at the Samba fish market on one of Luanda’s beaches.

According to a research study published in 2016 by the Centre for Social Policy Studies, College of Humanities, University of Ghana, the country has implemented strong campaigns to outlaw child labour in line with a 2017-20 National Action Plan for the elimination of the practice. Projects include, for example, sensitisation programmes aimed at children, parents, and community leaders that highlight the dangers and laws applicable to child labour in mining. But law enforcement against the practice has been largely ineffective.

The report writes that this can be “traced to the concentration of child labour in the unregulated informal economy. Children find it easy to enter through this channel because of low entry barriers.” Additionally, it is partly due to the nature of unregulated ASM. As the ILO notes, “Mining often takes place in remote areas where law enforcement is weak and schools and other social services are scarce, where family and community support structures may not exist, and where alcohol and drug abuse and prostitution are rampant. Work in the sector can [thus] also be morally and psychologically hazardous.”

Undoubtedly, more research and knowledge are required to create better awareness of the involvement of girl children in mining activities. But as the report reveals, gender roles have increasingly shifted in the ASM, and more girl children are under threat in some of these mining zones. And as alluded to above, poor understanding of the issue has translated into poor interventions.

Unregulated ASM has been a long-standing issue and continues to underlie socioeconomic issues. The intersection of illegal mining activities and child labour needs to be addressed with careful consideration and understanding of the root causes. African governments can address the issue by formalising artisanal mining activities, and formulating an appropriate legal and policy framework, which – to some extent – can minimise child labour. Legal and policy frameworks should also include child labour monitoring systems, developed and implemented at district and community levels.

In mining communities with high levels of illegal mining activities, people must be made fully aware of the high-risk hazards associated with artisanal mining, such as the impact of mercury exposure on health. Educational campaigns that create awareness must be implemented and regularly updated by both the private sector and governments.

Governments, along with the private sector, must improve access to and support for foundational and primary education, especially in mining communities. More importantly, vocational and skills training should be prioritised and properly funded, to make them easily accessible for children and youth from mining areas, including those with learning difficulties or who are unable to continue secondary school due to financial constraints.

Girl children who are subjected to all forms of child labour, be it household chores, childcare, and illegal mining activities, among others, have their opportunities for educational and personal development reduced. But a healthy childhood is imperative for physical, cognitive, and behavioural growth and development. 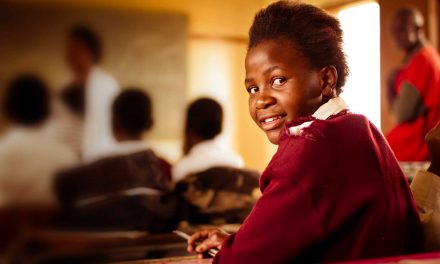 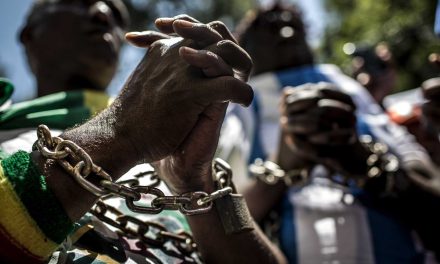 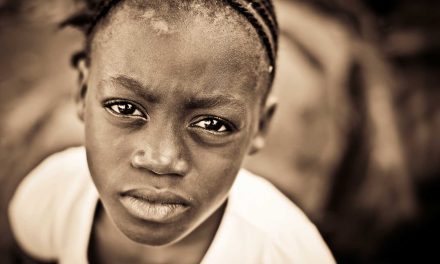 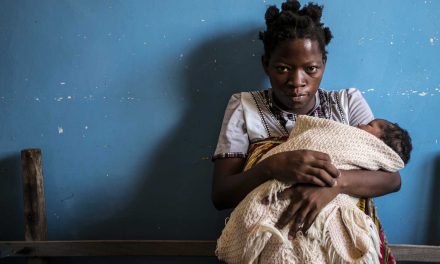