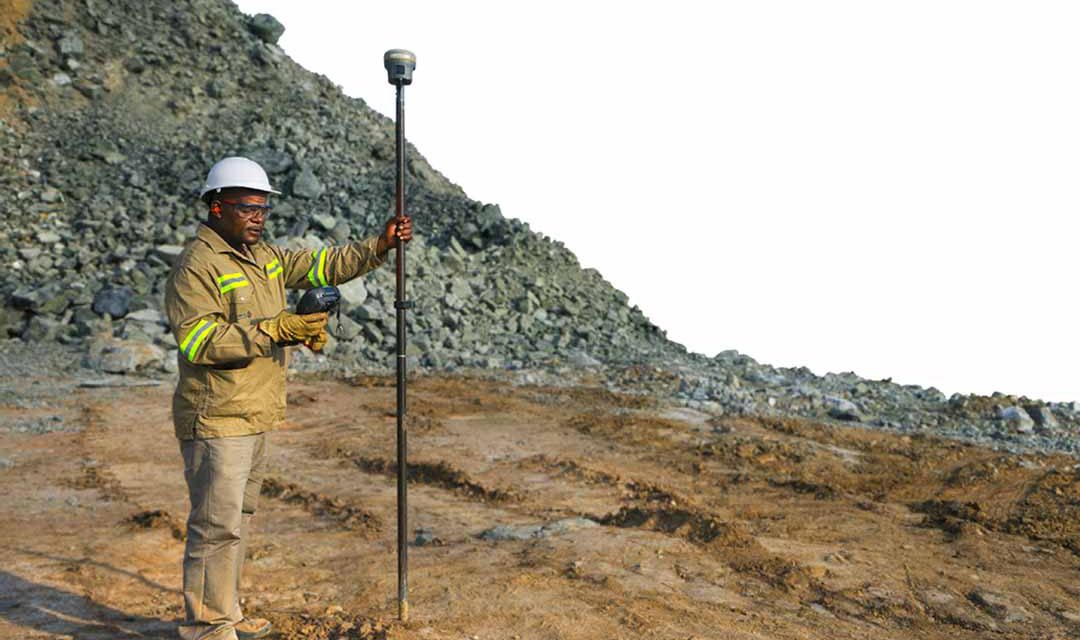 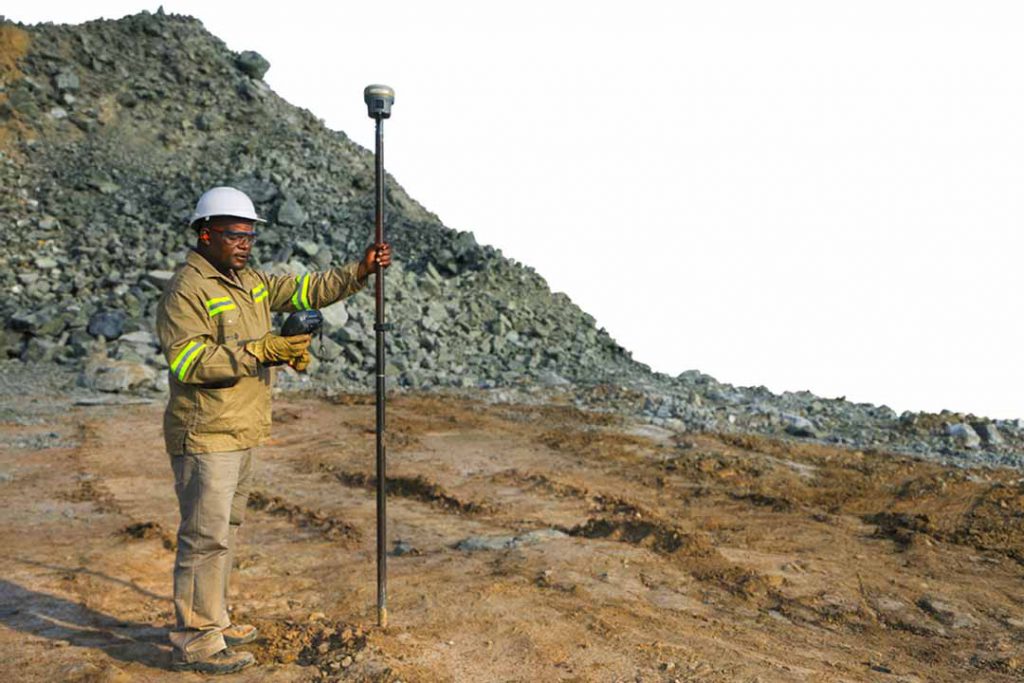 Where a mine owner is accountable to all three main stakeholders – the host country’s government, its people and civil society, and its own shareholders – who owns it is relatively less important

I often find myself invited to conferences and asked to explain the views of the mining industry on what good looks like in terms of national mining jurisdictions. I tend to end up with versions of the same argument – it has to work for all parties and you have to concentrate on value creation, not value division.

At a recent political lunch, I sat next to a Zimbabwean who has worked in a range of interesting international jobs. He explained that when he went to school in the Midlands area of Zimbabwe he never associated the road he travelled on with the local presence of a big mining company.

He equally didn’t then link the subsequent deterioration of the road to the closure of the mine.

His point was that even someone as essentially open-minded as him had started out with the perspective that mining companies weren’t there for the wider benefit of the country and that he would have probably accepted political rhetoric about their primary motivation being to export value. We spoke about a number of cases where sound socio-economics didn’t fit the politics of the day, and he left the lunch pledging to gather an informal network of young southern Africans to have a proper debate on the developmental value of mining and its associated activity.

So prevalent is the notion of the “resource curse” (that is, that mineral resources are the opposite of a blessing as far as wider socio-economic development is concerned) that the International Council of Mining and Metals recently commissioned some independent research to assess how well developing countries, with a significant element of mining in their economies, fared relatively against those that didn’t have mining. This was measured in terms of progress against the UN Sustainable Development Goals.

It was a complicated exercise, but the net finding was that the countries that had mining did better in terms of wider development. In fact, they did better than countries with oil and gas – commodities that generate money, but not that much else.

I think I am right in claiming that this is also the view of Professor Sir Paul Collier, who now runs courses at the Blavatnik School of Government in Oxford on the ways countries and economies can make the most of their mineral resources. Some of the Blavatnik courses are run in collaboration with the Natural Resource Governance Institute (NRG), which has recently issued a second version of its Resource Governance Index that measures which developing countries have the best systems for mineral “value realisation”.

This NRG index is different from the Fraser index in that it measures mineral exploitation from the perspective of benefit to the host country, rather than from the point of view of the investor. Yet the ranking is still relatively familiar: African countries are largely lagging behind their Latin American and Asian counterparts. The usual questions come to mind. For instance, why are Chile and Peru the world’s top two copper producers rather than the Democratic Republic of Congo (DRC) and Zambia, which have the same or better quality deposits?

Anglo American was, of course, an example of an Africa-based company that moved the bulk of its copper investments from Africa to Latin America. This was for the usual sustainable value reasons, which are a natural discipline for publicly listed companies. But it caused discomfort at both local and political levels in Zambia.

Politicians and business leaders can, as we know, talk past each other. This is often because they are simply responding to different pressures. This situation has its own logic, but we need to come together in terms of how we respond to the challenges posed by this sort of a ratings index.

It is not just an Africa versus Latin America question. Why do DRC and Zambia, which stand at 40th and 75th respectively in the list of 89 countries, lag behind Botswana and South Africa, which stand at 18th and 23rd? The answer seems to be this: the latter two have higher scores as regards the “enabling environment”.

Significantly, this rating does not only include factors such as good-governance systems and policies; it also rates civil society’s active share of voice and recourse to law, which in turn prompts a higher degree of accountability and transparency. Chile scores more highly than Peru, probably because it offers a stable and consistent institutional application of the rules of the game over time.

Trust in the system is a long-term process. Countries allow this to erode at their peril.

For its part in achieving a sustainable licence to operate, any mining company needs to make sure it gets more than a few boxes ticked by the relevant ministries. It also needs a broader range of acceptance, which includes local communities in the areas where they operate, as well as its relations with independent national institutions that are concerned with strategic development.

To get an objective idea of the range of development impacts we are having, Anglo American and other responsible mining companies are now beginning to map their contributions against the UN Sustainable Development Goals.

Clearly, our biggest benefit comes from our direct impact – employing and training people, buying goods and services from third-party suppliers, investing in infrastructure in remote rural areas. These are all bigger in terms of numbers and impact than other factors that sometimes spring to mind such as taxation and CSI. Anglo American’s 2016 tax and economic contribution report provides an overview of these benefits (see the link to the document below).

Questions about mine ownership can also be a distraction from the real issue. What matters is the size of the pie and how it is distributed. Where the owner is accountable to all three main stakeholders – the government of the mine’s host country, its people and civil society, and its own shareholders – who owns it is relatively less important. The three main stakeholder sectors do not need to be in conflict.

Our 2016 transformation report for our business in South Africa attempts to show this, outlining the range of benefits to the various stakeholder sectors (see the link to the document below). There is, of course, a limit to how much a mining company can do, and this needs to be understood as well – it is not a substitute for government but a potential strategic partner. An effective climate for maximising the benefits from mining activities needs to be backed up by the sort of dialogue that my Zimbabwean friend wanted to promote.

The Extractive Industries Transparency Initiative (EITI), a global standard for the oil, gas and natural resources industries, envisages exactly this sort of multi-stakeholder group. It has some African signatories, but sadly none in Anglo American’s home base in southern Africa. In addition, the Voluntary Principles on Security and Human Rights, a set of human-rights guidelines specifically designed to be applicable to extractive-sector companies, represent a commitment we make at corporate level and a standard that we test ourselves against on the ground, working with our NGO partner, International Alert.

But this again is not something that has had much traction with governments in our countries of operation. Transparency International has been pioneering a global approach that is usefully operating from the community grass-roots up – their initial reports cover a number of African countries and so this is perhaps another way of increasing accountability.

We need to work together to show that these sorts of initiatives are not a plot by one side to impose on the other. They are an opportunity for all sides to engage better, and build a basis for proper trust based on fairness and shared value.

Richard Morgan is head of government relations at Anglo American plc, based in London since October 2010. He covers political and sustainability issues globally but with principal reference to country mining operations in southern Africa, Chile, Peru, Colombia and Australia. Previously with the UK Foreign Office, which he joined from Oxford University in 1984, he was posted to Japan, South Africa and France. Between 2005 and 2008 he was seconded to Unilever, covering Africa, the Middle East and Turkey.