On New Year’s Eve 2019, the Wuhan Municipal Health Commission discreetly alerted the World Health Organization (WHO) to an outbreak of a cluster of pneumonia cases of “unknown etiology” in Wuhan, a city of 11 million people in the Hubei Province of central China. No deaths were reported. Within days, the source of the outbreak had been identified as a novel strain of the coronavirus, and by the end of January the WHO confirmed that there were now 7,818 confirmed cases spread over 18 countries. Africa’s first coronavirus case was confirmed in Egypt on 14 February. Finally, on 11 March, the world learned that it was facing a global pandemic at the hands of this new virus, by now named COVID-19. As governments scrambled to digest the implications of this new threat, indigenous leaders were amongst the first to understand the potentially devastating consequences of such a pandemic, one which had never before been encountered and for which there was neither a vaccine nor an inbuilt human immune response.

(FILES) A San woman works on September 20, 2005 outside the Botswana Bushmen resettlement town of New Xade, a few kilometres away from the Central Kalahari Grand Reserve (CKGR). Growing up in a dusty hunter-gatherer village in Botswana’s Kalahari game reserve, Bihela Sekere never even knew what a university was, much less thought of becoming a graduate. AFP PHOTO / GIANLUIGI GUERCIA (Photo by GIANLUIGI GUERCIA / AFP)

In the centuries since their first contact with European settlers from the ‘old world’, they have had cause to remember and fear the invisible diseases that arrived from distant places. A series of smallpox (and other) epidemics of European origin are estimated to have killed between 70% and 90% of the Native American population between the late 15th century and the 1800s, and the Mexican population collapsed due to the smallpox and cocoliztli epidemics (a mysterious illness caused by high fevers and bleeding) that killed eight million and 15-17 million people respectively between 1520 and 1556. The population declined from 22 million to less than two million in two generations, and only recovered to pre-Hispanic levels in the 20th century.

In South Africa, the Khoi and San populations in what is now the Western Cape suffered a similar fate with two smallpox epidemics in 1713 and 1715. Said to have been brought to their shores in dirty linen sent to the laundry of the Dutch East India Company to be washed by Khoi washer women, smallpox raged through the peninsula, decimating the local tribes, driving them from their territories and destroying their social, cultural and political institutions – a calamity from which they have never recovered. While accurate estimates of the rate of population decline are impossible to determine, the devastation wrought by the epidemic was so severe that the Khoi believe that less than one tenth of their people survived, and that the names of entire tribes were wiped from history. From Aboriginal Australians to indigenous Amazonian peoples, this bitter history has repeated itself for hundreds of years. Two days after the WHO upgraded COVID-19 to the status of a global pandemic on 11 March, in the United States Navajo President Jonathan Nez issued a “stay-at-home” order.

By 17 March there were two cases, and by the end of the first week there were 50 cases. At its peak, in May, the Navajo nation was experiencing 104 new infections a day. That number had halved by June, however, and there are signs that they may have begun to flatten a curve, which at one point was amongst the steepest in the world. While they have received aid from the federal government, most of that money has not yet been spent and local officials attribute their success in stemming the tide of infections to the actions of the people themselves. The Navajo control an area of 70,000 km2 – larger than all but 10 US states, and have been able to institute a stringent lockdown, strict social distancing enforcement, widespread use of masks and, above all, a rigorous testing regime beyond what much of the rest of the country has been able to achieve. Overall, however, Native Americans are second only to African Americans for rates of infections and deaths resulting from COVID-19.

This is not a coincidence; Native Americans are among the most marginalised and impoverished communities in the US, disproportionately lacking proper running water, decent housing, access to decent healthcare, nutritious food and electricity. In addition, they suffer disproportionately from COVID-19 comorbidities such as diabetes, obesity and hypertension. The UN has warned that COVID-19 poses “a grave health threat to indigenous peoples around the world”. The UN Department of Economic and Social Affairs statement on COVID-19 and indigenous peoples, issued in April, highlights the lack of access to medical facilities by indigenous peoples, which, even when they do exist, are often very far away from where they live, are under-equipped and understaffed. This sounds all too familiar to Job Morris, a Naro San activist who leads the San Youth Network (SYNet), based in the village of D’Kar in Botswana, a 10 hour’s drive from the capital, Gaborone. Speaking over the telephone, he tells me that he is worried. If COVID-19 enters his community, he fears it could lead to a catastrophe from which his people might never recover.

For the past five months SYNet, an NGO started by a handful of young San activists in 2019, along with other San organisations, have been doing the best they can to prepare for COVID-19, but it is an uphill battle, and one in which they have very few allies and even fewer resources. Apart from a few pamphlets and messages relayed to the nation on television and by radio, they have received no help from the Botswana government. Morris has applied for funding from a number of international donors and philanthropic foundations, many of whom have put out calls for “emergency Covid funding proposals”, but months down the line, all he has received are requests for more and further documentation. In any event, none of the numerous donor organisations in southern Africa are willing to provide funds for the things that they really need: infrastructure, protective equipment, the cost of acquiring vehicles that would permit them to reach the more remote parts of the country where the “Basarwa”, as they are called in Botswana, reside.

A vanishingly small number of donor foundations in southern Africa focus on the rights and needs of indigenous peoples, and those that do, have, along with most of the donor community, diverted the bulk of their resources towards the current “emergency Covid response”, none of which has reached Morris and his organisation. SYNet has taken matters into their own hands and has raised funding through crowdsourcing platforms and from individual donations. This has allowed them to buy and distribute PPE such as sanitisers and masks in their communities, but this is a drop in the ocean compared to the needs of the community. In addition to purchasing and distributing PPE, they have worked with other San NGOs to produce health messages in the native tongues of their communities, and are exploring ways in which they can use digital technologies to spread health and safety messages crafted with the realities of San life in mind. The realities, as is the case in many indigenous communities, are that people have little to no access to clean water.

San culture is very communal, and it is not uncommon for several generations of a family to live together in one or two small dwellings. In a culture that values sharing and “gifting” of anything of value, including eating utensils, a virus that is spread through contact poses a unique challenge. There has been a spike in cases of tuberculosis in their communities, Morris says, and this is compounding the existing health deficits present in these communities, from diabetes, hypertension and chronic hunger. Fortunately, at time of writing, there were no known cases of COVID-19 in their communities. Morris attributes this to the fact that Botswana instituted a wide-ranging lockdown, banning the sale of alcohol, closing borders, prohibiting internal travel and banning public gatherings. Another important factor is that San communities live in remote parts of the country, seldom reached by outsiders, thus curbing the spread of the virus from the more populous centres such as Gaborone and Francistown.

As is the case with the Navajo, however, medical facilities are largely inaccessible to the San community, and even when people do manage to get to a clinic, they find them understaffed and under-equipped. There has been virtually no testing for COVID-19 in any of the San communities Morris works in. A similar scenario is playing out in the Kalahari, where Ivan Vaalbooi comes from. The founder of a local San NGO, the Elsie Vaalbooi Development Organisation, Vaalbooi is a long-time activist in his community, the Khomani San. Here, too, government relief has been unforthcoming, but for Vaalbooi and his community this is nothing new. The Khomani San were the beneficiaries of South Africa’s first land restitution in the post-apartheid era, when the government of Nelson Mandela handed over eight farms to the community. This has, however, not proven to be the panacea that the longsuffering San had hoped for. They own the farms privately, so government has taken the view that they must be responsible for the provision of their own services. Thus the Khomani do not receive running water, sanitation or electricity from local or national government. When COVID-19 ends, Vaalbooi says, his community will still be faced with these problems. They have not experienced any infections that he is aware of,

DELME CUPIDO is a human rights lawyer and independent consultant. Until recently, he was head of the Indigenous Peoples’ Rights Programme at the Open Society Initiative for Southern Africa (OSISA) and has 20 years’ experience in advocating for the rights of people living with HIV and AIDS, LGBTI and indigenous peoples. He has worked and travelled extensively in southern Africa, working with indigenous communities in Namibia, Botswana, South Africa, Zimbabwe and the Democratic Republic of Congo (DRC). He holds a BA degree from the University of Cape Town, and obtained a bachelor of Laws (LLB) from the University of the Western Cape. 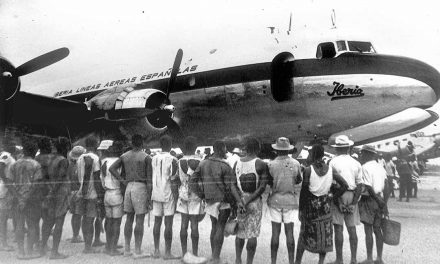 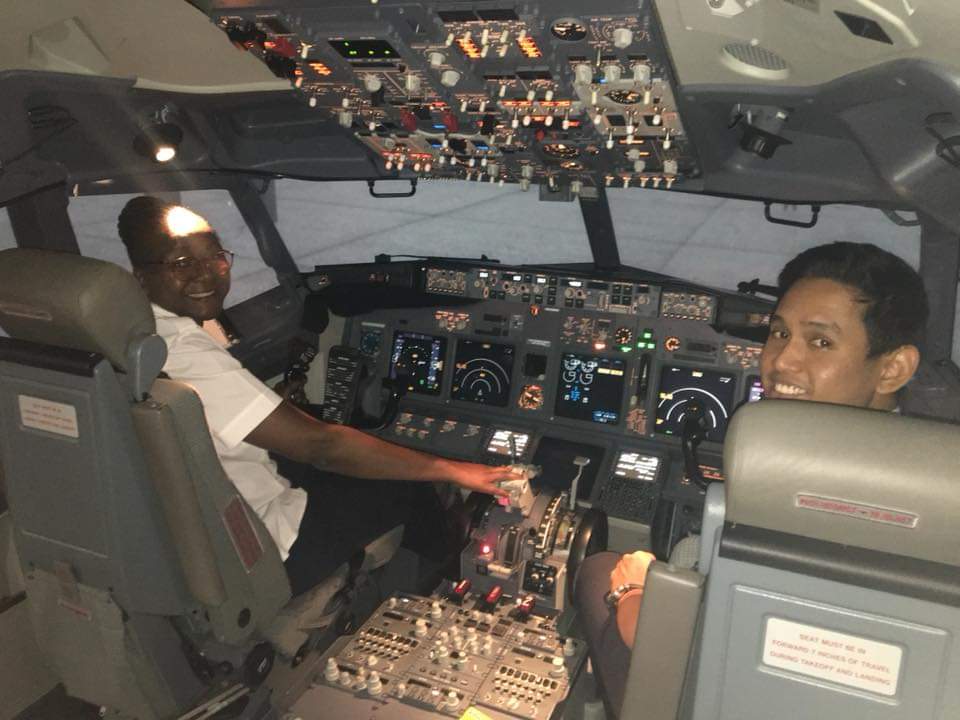