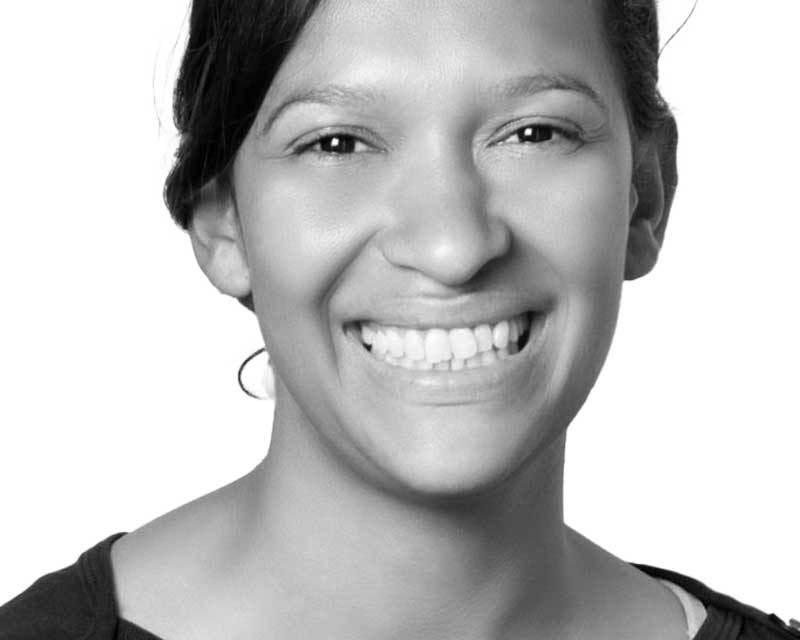 I sometimes feel that my most important education did not come to me in classrooms, or in lecture halls, or from teachers. I studied and went to school like everyone else, but I think much of my real education came through my travels, particularly as an adult, where I was lucky enough to have experiences that shaped who I am today. As the walls were closing in on apartheid during the early 1990s, I was sent to the US to live with my uncle and aunt to finish high school.

Technically it wasn’t an exile, but that’s what it felt like to me. I wanted to continue to be a part of the student uprisings, which were taking place at the time, and make my mark on our country’s history. I wanted to be able to look at Robben Island as we drove down the Constantia road without the pang of sadness I usually felt, knowing that Nelson Mandela was being imprisoned there. With my student comrades, I wanted to walk across the railway line that marked the divide between the space I was told I belonged in, and the space that was reserved for those “better” than me.

Instead, with a lump in my throat that I wasn’t at the Grand Parade in Cape Town where I belonged, I watched Nelson Mandela make his historic speech after his release in February 1990, from Milwaukee, Wisconsin in the US. South Africa was, and is, always home to me, and I couldn’t wait to get back and be present when all the historic changes were taking place. I proudly cast my vote during our first free and fair elections, and with excitement started making my way in the new South Africa.

But the start of my real education began when, as an adult, I lived as an expatriate in several countries, among them Turkey and Kenya. I was the “trailing spouse” – the term used to describe the husband or wife following their partner to another country because of work. With time on my hands, I had the opportunity to immerse myself in these new cultures, and the words “home” and “family” were redefined for me. This has involved daunting, sweat-inducing situations, exhilarating moments of insight, poignant instances of understanding and belly-laugh moments of joy. These experiences were profound, and changed the lens through which I look at the world.

There have been times when, frankly, I just should have known better. Like when I got a haircut a few days after moving into our apartment in Istanbul. We had just relocated from Doha, where, thanks to the extremely hot weather and the restrictive dress code for women, one easily lets oneself go in the style and fashion department. I arrived in cosmopolitan Istanbul and, feeling like a farm girl venturing into the big city for the first time, decided I needed to have my hair cut at a local hair salon.

My first inkling of the disaster that was to follow should have been that I could not find the word “curly” in my English-Turkish phrase book, and so had no way to explain the fickle nature of my hair. I left things to fate and the result was an attempt at an asymmetrical cut that would only work on the straightest of hair, with odd streaks of colour accentuating the supposed asymmetry. That was the day I learned that bu taraf çok uzun means “this side is very long” in Turkish.

Living in Istanbul I also learned how soothing the familiar is, particularly when it comes to language. I recall standing in the aisle at the supermarket, trying to choose baby cereal for my son. With two phrase books open, one under my arm, the other tucked under my chin, I tried to memorise the strange spellings on the backs of boxes long enough to find the same words in the phrase book. There was no other way: I needed to know whether to mix the cereal with milk or with water. But all the information on the packaging was conveyed in Turkish. Beads of sweat formed on my forehead from the effort, and my heart raced with panic and frustration. It was no use trying to ask anyone for help. In our locality, no-one spoke English.

Over time I learned that many Turkish people spoke a bit of German. I’d studied German at high school in the US because Spanish classes were full, and now I could put it to very good use. For English, though, I’d get my fix by visiting tourist bazaars. The culturally astute salespeople knew exactly how to get customers into their stall. “Hello, how are you? Where are you from?” they’d say as I walked by. I’d stop in my tracks, almost crying with relief at the sound of the familiar language.

In these situations, you learn how language shapes our worlds. It once took me an hour to buy toothbrushes because I couldn’t make out whether they were soft or hard bristle. Once, when I went to the market, I proudly took a shopping list with relevant questions written in Turkish and asked for apples – but the man at the stall asked me which ones and how many, so I had to go back to the phrase book to find the answers to his questions. I almost vomited from the stress of it. Anyway, it soon became apparent that the salespeople knew greetings in many different languages, but not much more, and were only using this basic knowledge to draw people into their stalls.

After a magical year of living in Turkey, we rather reluctantly moved to Nairobi. Not because we had anything against the city, but because we were not ready to leave Istanbul. Like a petulant child, I resisted adapting to our new environment. Nairobi was no Istanbul. There was no picturesque Bosphorus River to drive along. Never mind that we regularly saw wildlife – zebra, giraffes, elephants – on the drive to school, which was along the border of the national park.

The traffic was an absolute nightmare. You could be stationary for an hour on a main road while waiting for the president and his cavalcade to pass through – it was no worse than Istanbul, where standoffs between bus drivers on a narrow road with neither wanting to reverse to make way for the other could last a couple of hours. I scoffed when I heard Kiswahili being spoken. I was not going to learn a new language. Kiswahili has lots of Turkish loan words, making it a bit easier for me to learn, but this did not diminish my disdain for it. Kenyan food? Not as nice as Turkish food. For a while, I became insufferable.

At a children’s birthday party within weeks of us settling in Nairobi, I was sipping champagne in a delicately landscaped garden in one of Nairobi’s most genteel neighbourhoods, working through my list of lamentations. I’d cornered a lady who had also recently arrived in Nairobi, and was sure she and I were going to have an excellent time wallowing in our misery together. I was mid-rant about the dearth of shopping malls when she interjected, and in a few moments forever changed my perspective on making a place home. “I’ve just moved here from Dar es Salaam,” she said. “For me, Nairobi is Paris.”

There was suddenly nothing to complain about anymore. The need to compare Istanbul and Nairobi vanished. I embraced my new home city with all the same enthusiasm I’d had living in Istanbul. The community we lived in became family. Nine nationalities, mostly with children. We immersed ourselves in Nairobi life, and we embraced each other’s cultures, too. Weeknights, some of us took turns to host dinner for the children, who were able to enjoy cuisine from Poland, Ecuador, France, Ethiopia, South Africa and the US. During times of distress, we counted on each other for support. And just like family, we had a few squabbles that were quickly resolved.

I got involved in the parent-teacher committee at my son’s kindergarten, assisting with school celebrations of Eid, Diwali, and national holidays. Having learned a dance for the Diwali celebrations, I earned myself the status of Honorary Gujarati among my Indian friends. I even became a bit of a groupie of a local band, who performed in places I otherwise would not have heard of. I didn’t manage to learn very much Kiswahili, which I regret today. Exhausted after the effort of learning Turkish, I took advantage of the fact that English was commonly spoken in Kenya.

I would not change a single thing about my arrival in Nairobi. I needed to go through that process, and learn. There are still moments when I blush with shame at how arrogant I was during those first few weeks. Grateful to have been gently yet solidly put in my place at the time, I know this was one of the most valuable lessons in my life. Anywhere I am can become home – if I so choose. 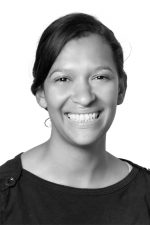 Dominique Phohleli is a writer, editor and tutor who lives in Johannesburg. She has lived as an expat in various countries, and is currently editing a book about the 2011 uprising in Egypt’s Tahrir Square. Inspiring her students to love mathematics is one of her passions. 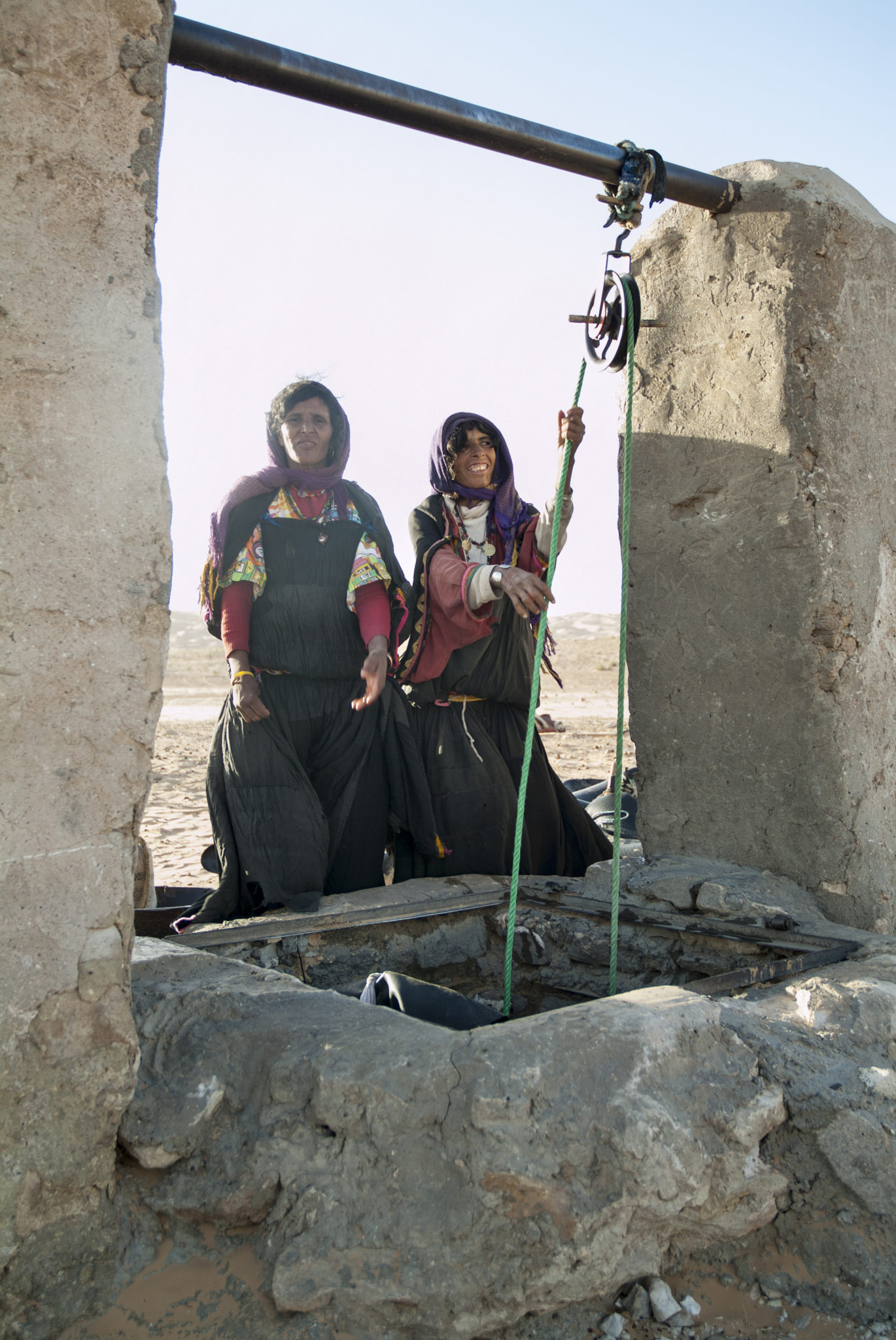 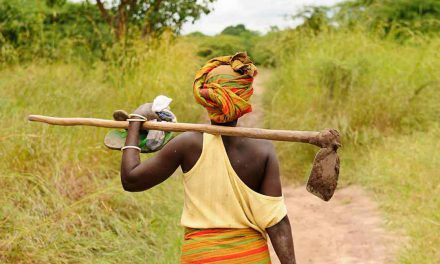 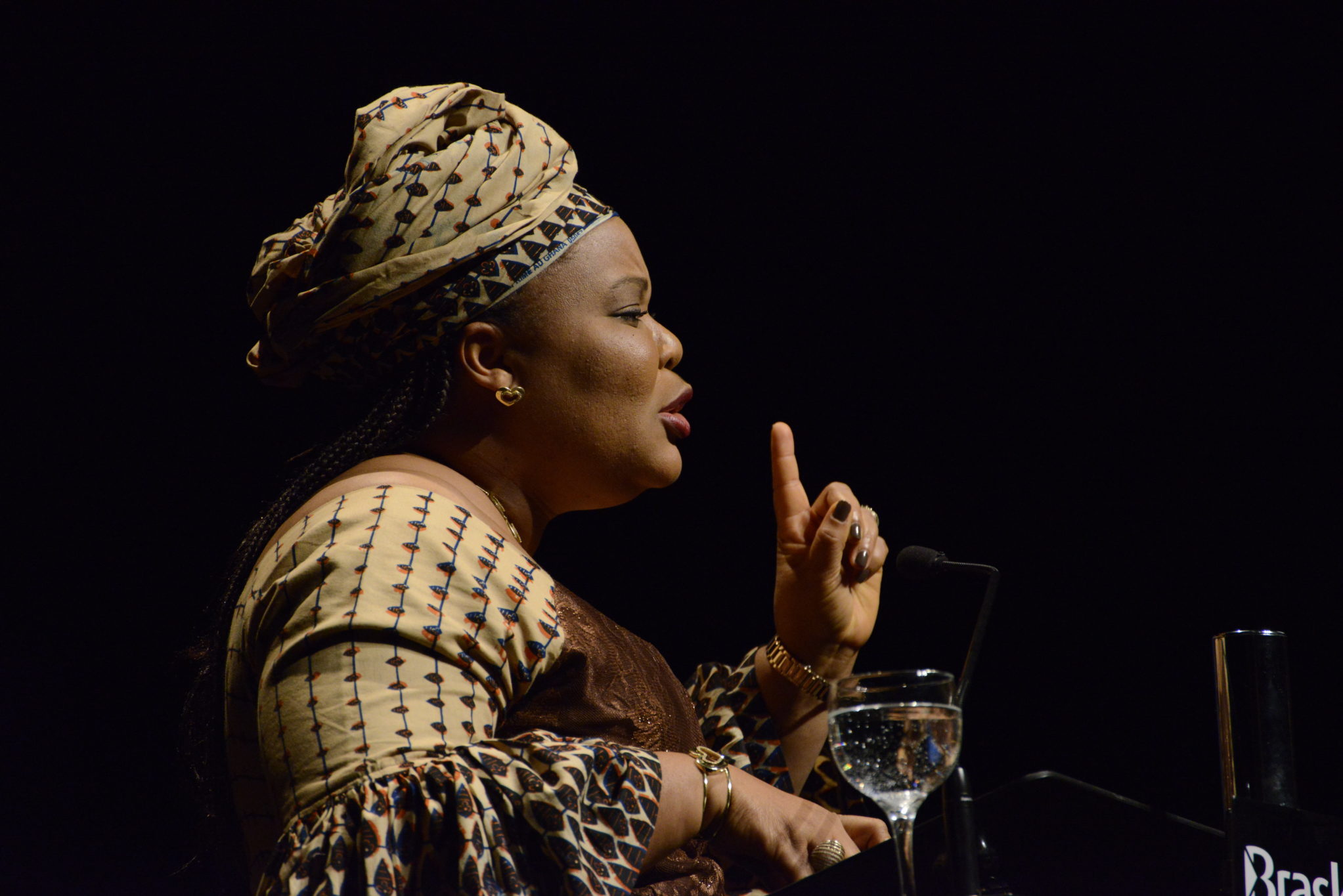 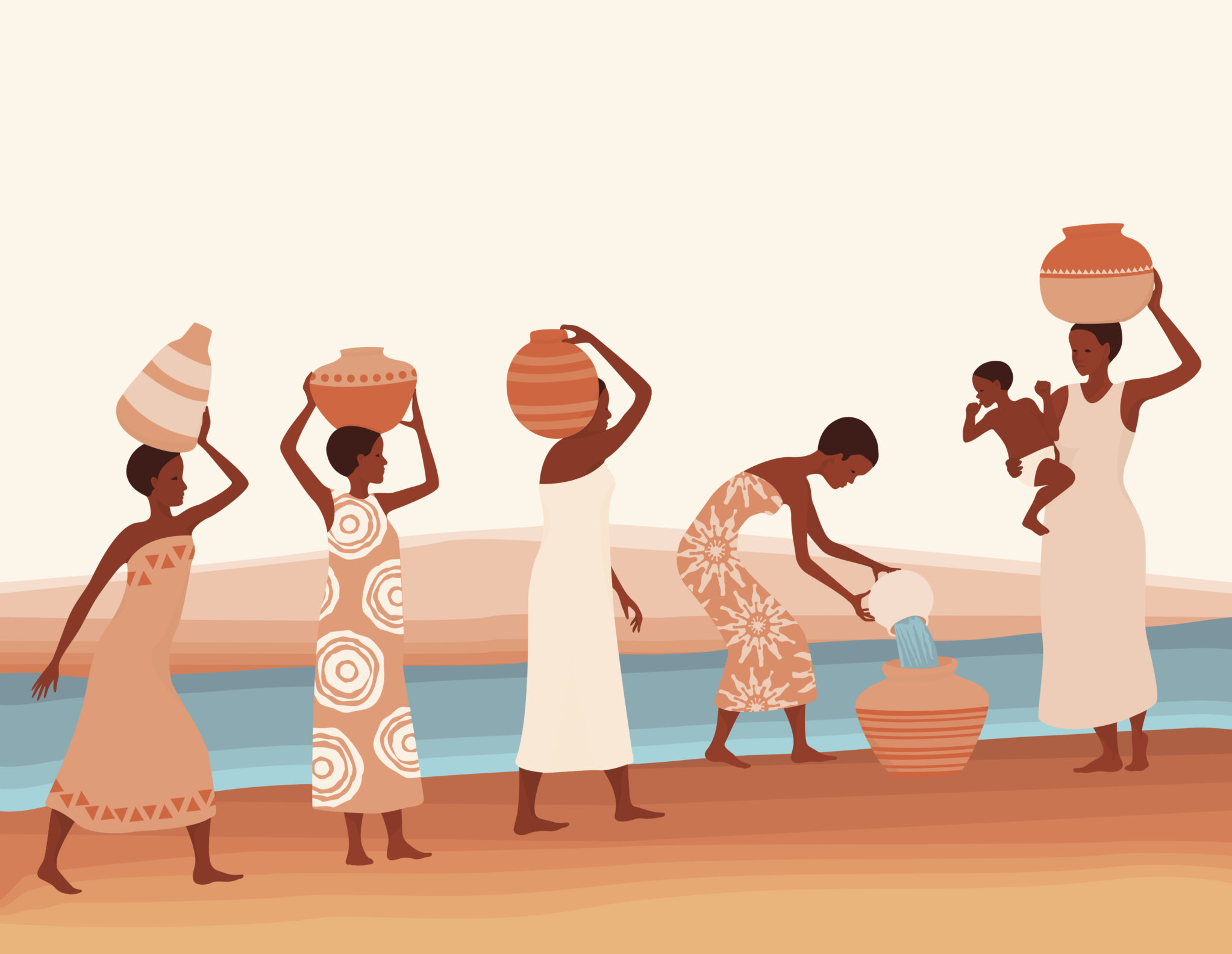