Lieutenant Colonel Mamady Doumbouya (C), head of the Armys special forces and coup leader, waves to the crowd as he arrives at the Palace of the People in Conakry on September 6, 2021, ahead of a meeting with the Ministers of the Ex-President of Guinea, Alpha Conde. – Lieutenant Colonel Mamady Doumbouya, the leader of the latest coup in Guinea, is a highly educated, combat-hardened soldier who once served in France’s Foreign Legion. Doumbouya’s special forces on September 5, 2021 seized Alpha Conde, the West African state’s 83-year-old president, a former champion of democracy accused of taking the path of authoritarianism. (Photo by CELLOU BINANI / AFP)

On 5 September 2021, after gunfire in the streets of Guinea’s capital city Conakry, members of the Guinean Special Forces (GSF) arrested President Alpha Condé and seized power in a coup d’état. Lieutenant-Colonel Mamady Doumbouya, head of the GSF and a former French foreign legionnaire, later appeared on television draped in a national flag to declare the current government dissolved, and summoned ministers and institution leaders to a meeting at parliament the next day: a refusal to attend would be “considered a rebellion”.

From ‘Guinea’s Mandela’ to autocrat

President Condé’s election to power in 2010, in the country’s first democratic elections, sparked hope for an end to decades of corruption, political turmoil and authoritarian rule, with the newly elected president promising to be “Guinea’s Mandela and unite every son of Guinea.”

Under Condé’s rule, the Guinean economy has seen relatively high levels of growth.  Real GDP grew 3.4% in 2018, 5.6% in 2019 and 5.2% in 2020. However, this economic performance is primarily linked to the mining sector and has not benefited the majority of Guineans, around 55% of whom live below the national poverty line.

President Condé was once a strident critic of the autocratic rule of former Guinean presidents and an assistant professor of human rights at Sorbonne University while exiled in Paris during the rule of former President Ahmed Sekou Touré (1958-1984). However, in recent years, his administration has been increasingly criticised for its use of restrictive criminal laws to discourage dissent, the exploitation of ethnic divisions for political gain, and the use of military and police forces to violently crackdown on protest activity.

In March 2020, after 10 years in power, 83-year-old Condé pushed through a constitutional amendment scrapping the country’s presidential two-term limit. Following a controversial October election that same year, which was marred by allegations of violence and intimidation, he was able to secure a third term in office.

Condé’s public approval ratings dropped significantly during his second term. Afrobarometer data from April 2015, six months before he was elected for a second term, indicates around 59% of citizens trusted the president “somewhat” or “a lot”, and 57% believed he had performed well over the last 12 months. By late 2019, these figures had dropped to 47% and 45% respectively. This was before  Condé’s announcement that he would seek a third term in office, something which 76% of Guineans do not favour.

It’s not about the people

What occurred in Guinea over the weekend was, however, not a popular uprising like those seen during the Arab spring. Rather, it was a coup executed by a small group of elite military forces. While waning public support for Condé’s regime likely played into the calculus of the coup plotters, it is naïve to think it was the sole reason behind the operation.

Guinea is rich in natural resources, including bauxite, iron ore, diamonds, gold, nickel and uranium. The mining industry in Guinea has long been a source of both the country’s wealth and high levels of corruption. Col Doumbouya has already publicly assured investors that ports will remain open and the curfew lifted in mining areas, to ensure continuity of operations. The Colonel and his band of coup-plotters may well have been motivated by the potential to access mineral rents which have for decades enriched Guinea’s political elites.

There have also been rumours over the last year of plans to arrest Col Doumbouya over suspicions he was in contact with Col Assimi Goïta, leader of the National Committee for the Salvation of the People who seized power from former President Keïta in the 2020 Malian coup.

Studies of leaders’ strategies to “coup-proof” their regimes have found that while “spoiling” militaries with organisational resources is expected to reduce their willingness to intervene, increased organisational resources can also increase their capability, thereby increasing the likelihood of a coup’s success. In this sense, President Condé’s establishment of the GSF as a well-resourced and highly-trained praetorian guard in 2018, may have been a miscalculation in coup-proofing himself ahead of his controversial decision to seek a third term in office.

Jonathan Powell, professor of political science at the University of Florida with a focus on coups and military takeovers, argues that while empirical research is limited, there is substantial anecdotal evidence to support the idea that coups can spread cross-nationally.

West Africa has seen a spate of attempted coups over the last year, despite the number of annual coups in Africa declining by around half since 2002. On 31 March 2020, an attempted coup was thwarted in Niger. In April 2021, following the death of Chad’s President Idriss Déby, the military swiftly took power and installed his 37-yeard-old son rather than allowing the head of the national assembly to take provisional presidential powers, as is stipulated in the constitution. And on 24 May 2021, Mali experienced its second coup in a year, the first of which removed President Keïta from power.

Powell’s study takes coup conspirators as rational actors who calculate the expected utility of action by weighing the gains and likelihood of success against the likelihood and consequences of failure. Included in this calculation is whether their actions will likely lead to international condemnation and prohibitive sanctions. However, the weight of these risks may also be offset by unscrupulous players like Beni Steinmetz (who has been active in Guinea’s resource space for years) or Chinese and Russian companies who may be willing to ignore western sanctions and do business with Doumbouya and the new leadership regardless.

Mali’s 18 August 2020 coup was widely condemned by the international community, with the Economic Community of West African States (ECOWAS) and the African Union (UN) calling for a return to constitutional order and applying targeted sanctions on the coup-plotters even after Keïta had stepped down and agreed to dissolve his government.

Following the unconstitutional handover of power in Chad in April 2021, the AU Peace and Security Council (PSC) did not impose sanctions or suspend the country from the AU, while France and the US (longtime supporters of Déby as a key ally in the fight against terrorism in the region) only weighed in and called for calm after several protestors were killed by security forces.

Applying Powell’s model, the decision by the AU and international community not to decisively condemn the military takeover in Chad may have emboldened coup-plotters in the region by removing a perceived external cost of action.

From one coup to the next

As in Guinea, military coups often receive popular support by citizens who may perceive government as lacking credibility and legitimacy and/or a parliament and judiciary who are ineffective at holding the executive accountable. Research indicates, though, that each time the military step in, it further entrenches its self-perceived political role of holding governments accountable. This creates a precedent for further coups down the road and undermines the hard work of institution building.

The UN, AU, and ECOWAS  have all come out to strongly condemn the military coup in Guinea.  These institutions must also ensure that Guinea moves as quickly as possible to a civilian-led transitional authority and constitutional order.

However, condemning a coup is easy and reflects a simplistic understanding of what leads to unconstitutional changes of government. The international community, AU, and regional bodies should equally condemn instances of ‘third termism’ and other gross violations of constitutionalism and rule of law to be preventive rather than reactive to political crises. Encouraging strong institutions which foster long-term political stability will ultimately best serve Africa’s development goals. 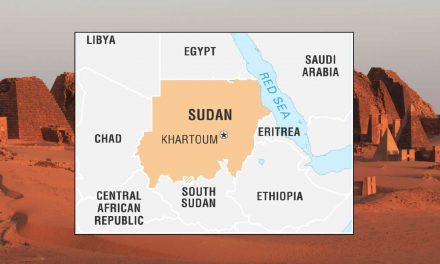 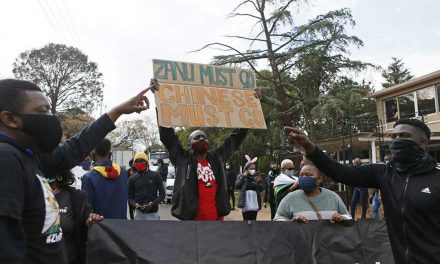 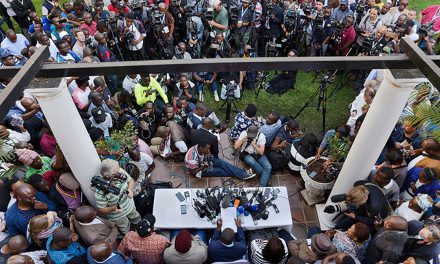