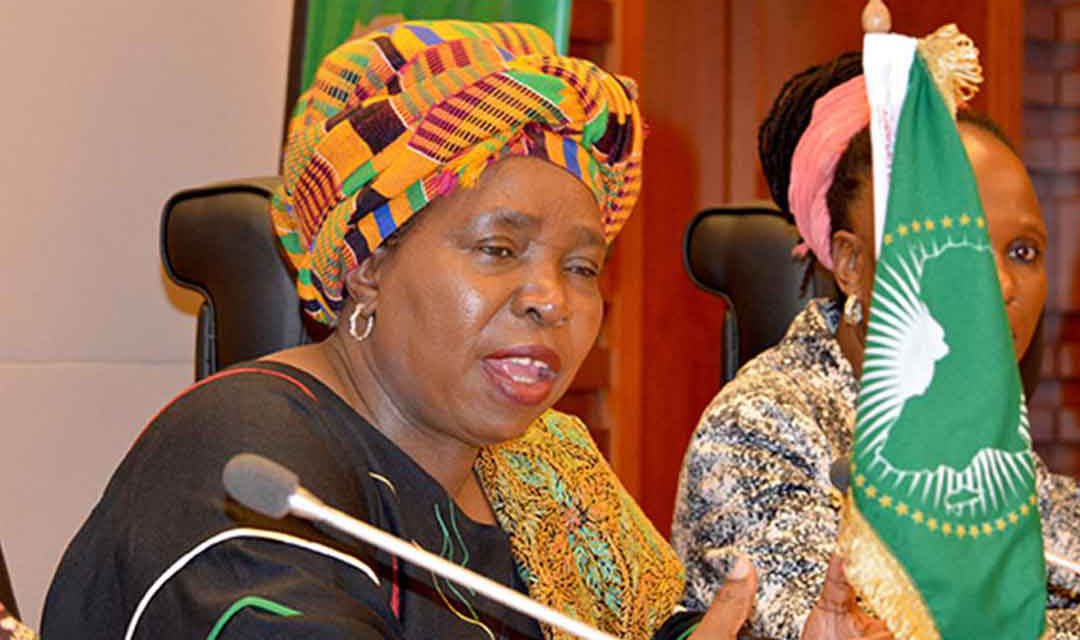 The AU’s Agenda 2063 is an ambitious document underpinned by political commitment, but the real work lies in implementation

Agenda 2063, a detailed roadmap for the Africa Union (AU), is an ambitious document. In the words of the outgoing AU Commission chairperson, Dr Nkosazana Dlamini-Zuma, “Agenda 2063 seeks to resolve the well-known paradox of a continent rich in natural resources [and] in human resources, and yet its people are amongst the poorest in the world.” The scale of the ambition is expressed in some of the document’s more immediate goals: to modernise African agriculture and agri-business by 2025; to fast-track a Continental   Free Trade Area by 2017; and to double intra- Africa trade by 2022. These deadlines are looming — the question is whether they are over-ambitious.

As regards agriculture, Agenda 2063 aims to “consolidate the modernisation of African agriculture and agri-businesses through scaled-up value addition and productivity”. By 2025 it aims to: eliminate hunger and food insecurity; reduce imports of food and raise intra-Africa trade in agriculture and food to 50% of total formal food and agricultural trade; expand the introduction of modern agricultural systems, technology, practices and training to banish the hand-hoe; develop and implement affirmative policies to ensure women’s increased access to land and inputs; and ensure that at least 30% of agricultural financing is accessed by women.

Dlamini-Zuma noted that the continent has an ageing farming population and an imperative to modernise its agriculture sector. “We have land, we have water, we have human beings … Agriculture should be seen as an entrepreneurial opportunity,” she said. Yet, Africa imports $40 billion in processed food annually.

Ishmael Sunga, chief executive officer at the Southern African Confederation of Agricultural Unions, shares these concerns. Achieving the Agenda 2063 aim to modernise agriculture will require a “megashift in the way we think, plan and execute those plans”, he told Africa in Fact. The continent, and the AU in particular, will have to take a multi- sectoral approach, which will require “serious public sector investment”.

“Rural areas don’t have access to basic water, sanitation, schools, facilities. These are key drivers of agricultural change. How are farmers going to produce [at] the required levels and then move their stuff to market without skilled labour? If you don’t have means for inputs to get to farmers, [or] for the farmers to get their produce to the markets, then productivity will always be low,” he said.

It will be critical to reach out to and attract a younger generation to agriculture, which is generally regarded as a matter of necessity or desperation, rather than business. “Agriculture is constantly becoming more complex. We need farmers who are educated. We need to replenish our human capital stock with farmers who are able to deal with the complexities of the global supply system. In short, we need a new generation of farmers,” Sunga said. However, to achieve this will require more than political commitment, he added. “I think the framework is good but the devil is in the implementation — how do you move from high-level commitment to action on the ground?”

The same question can be asked of the establishment of the Continental Free Trade Area (CFTA). When the first negotiating forum met in February last year, the AU commissioner for trade and industry, Fatima Haram Acyl, noted that there was an “urgent” need to deliver the CFTA by 2017: “Why is this important? Because the whole world is watching and waiting. Africa must prove to itself and the whole world that it can agree internally on solutions towards its own development,” she said then.

All indications are that talks are progressing. The goals are to: fast-track establishing a CFTA by 2017; implement a programme to double intra-Africa trade by 2022; strengthen Africa’s common voice and policy space in global trade negotiations; and establish a number of pan-African financial institutions — an African Investment Bank and Pan-African Stock Exchange (2016), an African Monetary Fund (2018) and an African Central Bank (2028/34) — within agreed timeframes.

Carl Manlan, an economist and chief operating officer at the Ecobank Foundation, a Togo-based institution that funds social projects in Africa, says he believes that Africa’s heads of state are committed to Agenda 2063 and its linked deadlines. “The real work starts when a trader from Kenya wants to start trading with someone in a neighbouring country. How will this be translated into reality?” Manlan says he is more concerned about the technical aspects of the challenge than the political ones. For instance, he argues, it will be necessary to develop “smart protectionism” to protect nascent industries. “Trade needs to bring jobs and if it doesn’t, then we will have a problem. It won’t change the way we want to do business.” Some of Africa’s regions are more integrated than others and thus require less heavy lifting. “East Africa is very integrated; North Africa is the most integrated,” he told Africa in Fact.

Data gathering around the continent is poor, which makes it difficult to measure progress as regards intra-Africa trade. The Agenda 2063 goal to reach 50% inter-regional trade depends significantly on the availability of quality economic and financial data. What is known currently is that only about 16% of trade in Africa is inter-regional. In Asia, however, some 70% of trade is inter-regional.

The AU is putting mechanisms in place to ensure that monetary and fiscal policies can be discussed and developed with reference to a uniform format, Manlan notes. Currently, he argues, regional blocs such as the Southern African Development Community, the Economic Community of West African States, and the East African Community will need to drive such transformations. Brexit — as the imminent departure of the United Kingdom from the European Union (EU) is known — is a reminder that a lot of work needs to be done to ensure that countries want to stay within the union, he says.

Is there sufficient time to ensure that these goals are reached? Jacqueline Musiitwa, founder of Hoja Law Group, which advises companies on doing business in Africa, is concerned that too little time has been planned for the CFTA negotiations, and that the limited time still available will mean that practical questions relating to many of Agenda 2063’s target dates will not   be considered.

The EU has been taken as a good model of integration, she says, but its more recent history including Brexit and disagreement among European countries regarding the refugee crisis has shown that the model may not be sustainable. “If that is the model we are following, then we must be aware that we too might face sustainability issues later,” warns Musiitwa.

Any decision to reform the AU should include a re-assessment of how the reforms envisaged might affect policies currently being crafted, she added. “The CFTA needs to assess resilience in these changing times and there is no indication that is happening.”

Countries across the continent have different priorities with respect to continental trade and how best to achieve it, she says. “The level of regional integration varies across regions. The argument can be made that even if countries agree to a continental framework, the rate at which they comply will also vary.”

One of the continent’s major problems is the lag between policy-making and realities on the ground, she continues. “It takes a while for decisions made in capitals to be disseminated to the people. Governments need to create plans for the popularisation of such policies, so that people know what is possible under the law, and also what rights and protections they have.”

Like Sunga, Musiitwa is concerned about the poor quality of Africa’s infrastructure and its effect on trade. Moreover, Africa needs a greater global voice in trade, she argues, which raises the question of non-tariff barriers. These include quotas, embargoes, sanctions, levies and other restrictions on imports, according to Investopedia, which are frequently used by large and developed economies to protect their domestic industries. A Trade Facilitation Agreement under the World Trade Organization framework exists, but many countries have been slow to ratify it, Musiitwa noted.

Although indications are that current negotiations on achieving an Africa- wide CFTA are going well, it is unclear whether they will involve clear, practical targets, and indeed, whether African countries will be able to meet the 2017 goal, she added. Even if they do, it will need to be implemented, which will involve “tough choices on the ground”.