Land conflicts in Ghana: Are cattle ranches part of the problem?

Across West Africa, violent conflicts between farmers and herders have been regular occurrences for decades. Some analyses of these conflicts see the driver as competition over scarce resources like water and grazing land. Others point to economic, political and social interactions. They all tend to agree that climate change has reinforced farmer-herder relations in various ways. For example, it has forced herders to change their migration patterns, reduced access to feed and made water scarcer.

In Ghana, between 2001 and 2016, more than 68 people were killed in farmer-herder conflicts. Over the years, there has been a mixture of policies to deal with conflict. Some have been “hard” measures like expelling migrant herders and shooting their cattle. Others have been “soft” approaches like dispute resolution and negotiation. But the measures have mostly failed to address the causes of conflict. 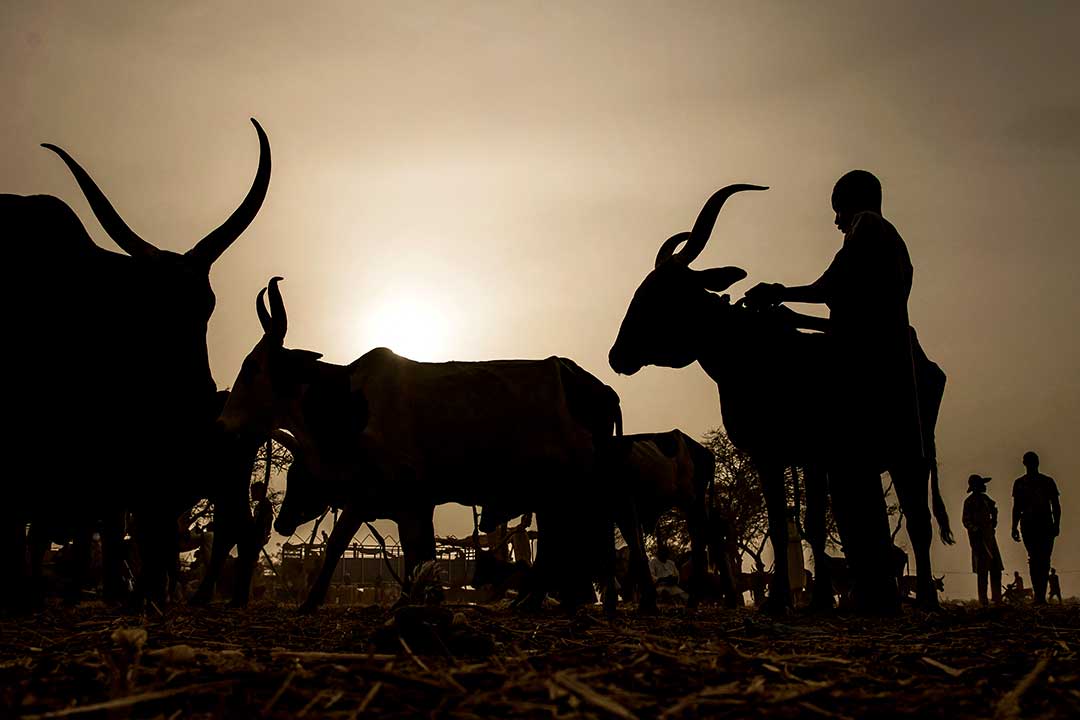 In 2017, Ghana adopted a new approach: a national cattle ranching project. This had already been tried by other West African countries like Nigeria since the 1990s. The ranches were planned as large-scale enterprises in which land would be fenced off and cattle would be kept within these areas. They would either graze or be supplied with food. The idea was that restricting the movement of cattle would prevent violent confrontations between farmers and herders. Ranches would address the superficial causes of conflicts such as crop destruction and access to common sources of water.

But critics have said that ranching is environmentally unsustainable because it results in land degradation.

In our research, we wanted to find out whether ranching is a solution to the herder-farmer conflict in Ghana. We examined the performance of existing ranches in Ghana in addressing these conflicts and the feasibility of ranches under complex land tenure arrangements.

We found that current ranch policies in Ghana seem to serve as a response to resource scarcity conflict and not the root causes of farmer-herder conflicts. The policies are not likely to succeed if they do not address problems of identity discrimination and perceptions that ranches will be a land grab.

We studied an existing ranch in southern Ghana to understand the current challenges. Based on that insight, we looked at the feasibility of the new ranching project in northern Ghana, where there is a complex land tenure system.

The Keseve ranch, in the North Tongu district of southern Ghana, was established in 2001 to reduce conflict between rice farmers and cattle herders. More than 65% of households in the district depend on agriculture and livestock production. The ranch currently houses more than 30,000 cattle and plans are under way to establish a milk factory. The ranch practises an open grazing system. We interviewed cattle owners and farmers inside and outside the ranch.

The second case study was Gushiegu, in northern semi-arid Ghana, where ranching is seen as a possible solution to the herder-farmer conflict. The project has not yet started but the proposal is a zero-grazing ranch where the government provides the feed. We interviewed residents and nomadic herders.

At Keseve, respondents spoke of security concerns like the theft of cattle, as well as poor access to markets. Herders’ only income was from selling milk, and the effects of climate change on milk production were a major concern. Heat, lack of shade, water scarcity and disease were a problem for the cattle. And there were no platforms for different actors to discuss their concerns. Social bonding was reduced. Conflict continued. 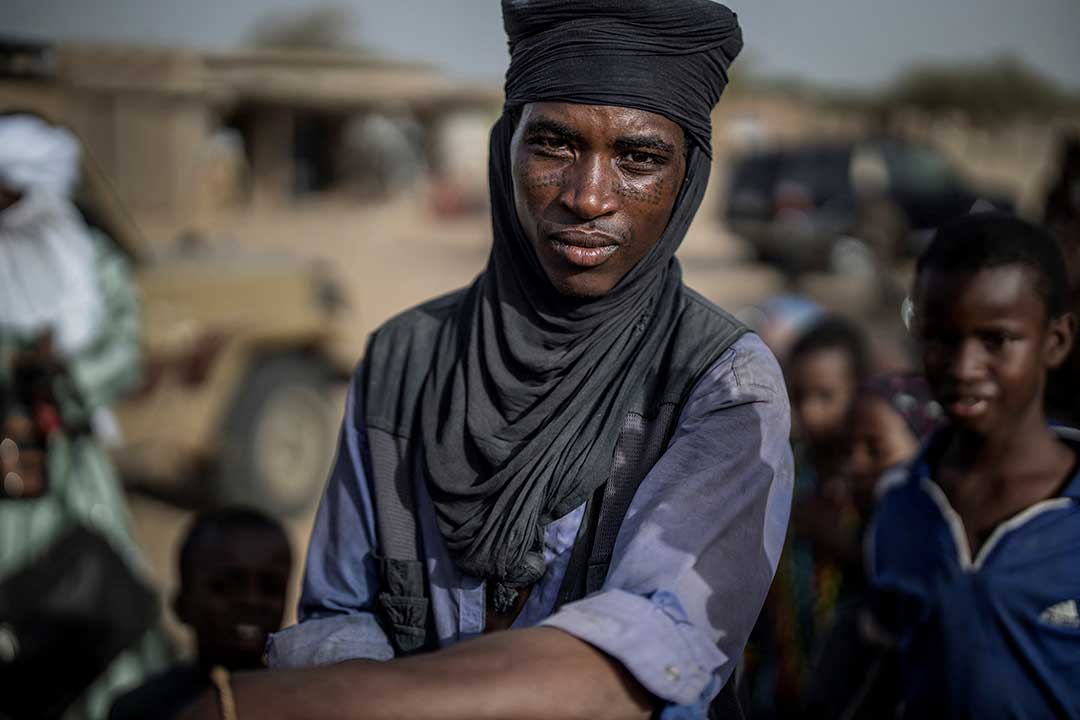 A Wodaabe man, his face covered in traditional tattoos, at a weekly market in Bermo, south Niger. The Wodaabe people, a sub-group of the Fulani, are nomadic cattle herders and traders in the wider Sahel region. Photo: Marco Longari/AFP

Aside from climate variability and security concerns, land consolidation might make the establishment of a ranch unfeasible. Land rights are vested in the chief, families and clans. Studies have shown that when chiefs give land for large-scale projects, other parties may claim they haven’t been fairly compensated and violent confrontations may follow. The result is that stable land tenure is not assured. This has also been reported in Nigeria, where ranches have failed due to similar land tenure issues even if land is acquired by the state.

In Gushiegu there are two kinds of herders – resident and nomadic. They blame each other for conflicts, and are mistrusted by farmers who perceive all Fulani in terms of negative stereotypes. We found a perception that residents of the area saw the ranch project as a transfer of land ownership and rights to the Fulani.

Another issue is that herding is a source of livelihood and cultural significance. Ranching might compromise herders’ access to wild foods and medicinal plants. And milk production – their main source of income – may be lower on ranches. So new forms of contestations over natural resources may arise among herders at ranches.

Although environmental changes such as climate variability have reinforced the conflict in Ghana, another reason is identity discrimination in political and social interactions. The perception that herders are migrants and of Fulani ethnic background appears to make peaceful co-existence with local communities less likely.

Cattle ranching is, therefore, a simplistic solution. Farmer-herder conflicts are not only a matter of resource scarcity but also based on identity discrimination.

Despite the challenges we’ve noted, ranches may be able to address some of the causes of farmer-herder conflicts. But they may also generate new sources of conflicts. There is a need for mediation structures that can help resolve social conflicts before ranching policies are carried out across West Africa.

Mediation can improve peaceful coexistence, which is necessary for operating and maintaining the ranch. What’s needed is a national farmer-herder forum to raise awareness, build social support and address people’s concerns. It might be best to start with small to medium-sized ranches and learn from these before creating larger ranches. 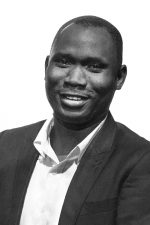 Dr. Abubakari Ahmed is a lecturer at the Department of Planning of the University for Development Studies (UDS), Ghana. Prior to joining UDS, he was a postdoc at the University of Trier in Germany and a recipient of a Humboldt Research Fellowship. His research focuses on sustainability assessment renewable energy options by examining the social, economic, and environmental impacts of various rural feedstock systems used in biofuel production. In climapAfrica, his research seeks to understand how collapsed biofuel projects have rather reinforced poverty, land degradation, and multiple ecological consequences, thereby serving as an inducer of climate change and a barrier to sustainable livelihood in rural areas of Ghana.

Elias Danyi Kuusaana is a Senior Lecturer in Land Management and Land Tenure at the SD Dombo University of Business & Integrated Development Studies, Ghana. He holds a PhD in Agricultural Sciences from the University of Bonn; MSc. in Land Management and Land Tenure from the TU Munich, and BSc. in Land Economy from the KNUST, Ghana. He has researched on land tenure and urban planning. He is a professional member of the Ghana Institution of Surveyors as Valuation and Estate Surveyor since 2016. 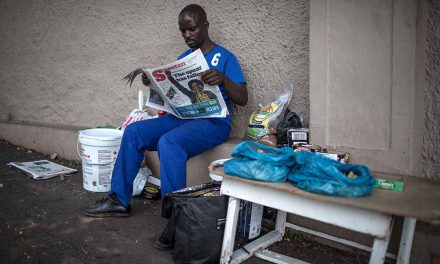 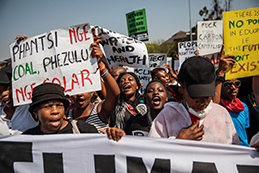