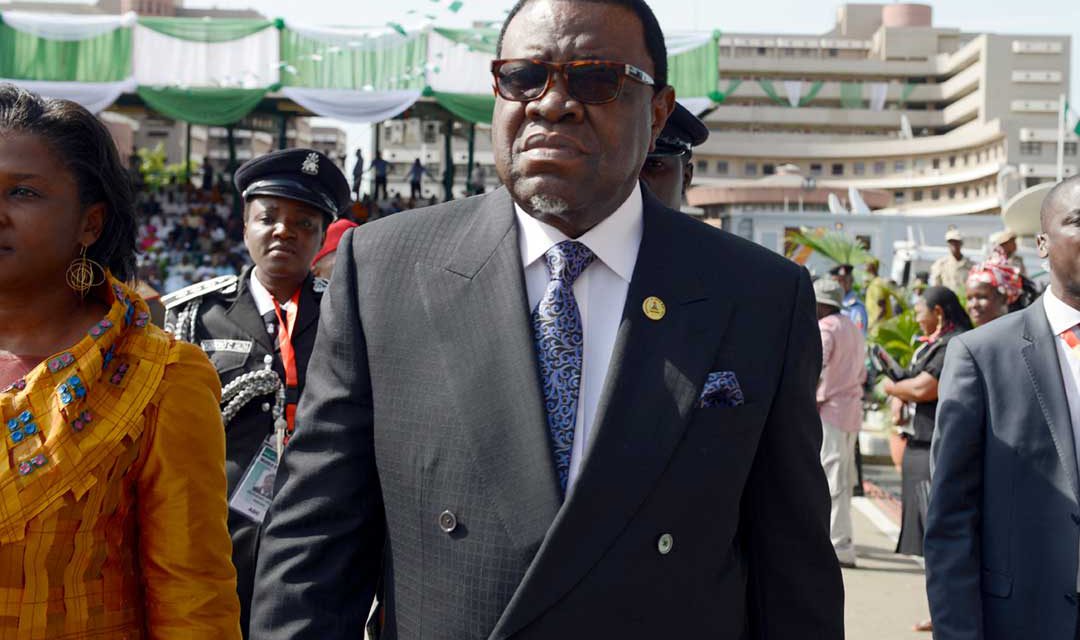 Since taking office on March 21 last year, President Hage Geingob’s administration has cast itself as business-friendly and welcoming of foreign investors. Yet developments since the last quarter of 2015 suggest its policies are damaging Namibia’s attractiveness as an investment destination. The country faces several longstanding challenges, among them pervasive poverty, rampant unemployment (more than 40% of youth are unemployed, according to the Namibia Labour Force Survey (NLFS) 2014) and staggering income and wealth inequality. A prolonged drought has contributed to widespread malnourishment and reportedly decimated the livelihoods of rural, communal and subsistence farming households, which account for roughly half of Namibia’s estimated 2.3 million population. Like other emerging economies, Namibia is feeling the effects of the global collapse in commodity prices.

A substantial part of its export earnings and foreign currency reserves derive from diamonds, uranium and copper: mining accounts for about 12% of GDP and more than 50% of export earnings and foreign currency reserves, according to the Namibia Statistics Agency.  A depreciating currency and constrained state fiscal position have necessitated deep cuts to government spending through 2018. Yet, in the face of all this, as well as emergent social restiveness, the government appears to have adopted an increasingly nationalist and populist approach to economic policy and regulation. This is evident in a raft of bills and policy documents proposed since late 2015. In October 2015, parliament passed the Public Procurement Act (PPA), which replaces the Tender Board Act of 1996, as well as the Regional Councils Amendment Act (RCAA).

In November 2015, a controversial Local Authorities Amendment Bill (LAAB) was introduced, while a long dormant approach to black economic empowerment, the New Equitable Economic Empowerment Framework (NEEEF), suddenly re-emerged after fading from the policy discourse following its introduction in 2011. In late January, the Local Authorities Amendment Bill was quashed by the National Council for proposing residential area segregation along class lines, though it had been passed by the National Assembly. These and other pieces of legislation seek to restrict the activities of foreign investors. Foreigners may be prevented from owning urban land or property (RCAA and LAAB). To qualify for state contracts, foreigners must meet “Namibianisation” criteria requiring local empowerment and beneficiation through joint ventures, the ceding of sizeable equity stakes to locals or the substantial sourcing of inputs from local enterprises (PPA).

Along with local white owned businesses, they may also have to sell off a minimum of 25% shareholding in their Namibian business to local black or “previously disadvantaged individuals” if the NEEEF is accepted in its current form. In addition, probably from 2017 a “solidarity tax” will be levied on all taxpayers above a certain income level — about $5,500 or more — to pay for newly proposed pro-poor social welfare measures. This will add to an already relatively heavy tax burden on a small moderate-to-high income earning tax bracket. An Export Levy Bill is also in the offing, which, if finalised this year, will apply a new tax to unprocessed mineral exports from 2017. This is very unpopular with mining companies. Other legislative amendments covering minerals and marine resources are in the pipeline, due this year or next. Then there’s the Investment Bill, which will replace the Foreign Investment Act of 1990 and its 1993 amendment. Critics suspect that these amendments will aim at maximising direct Namibian control and exploitation of natural resources while relegating foreign investors to bit-parts as “enablers”.

Investors, both local and foreign, are irked by the Namibian government’s claim to be open and consultative. In fact, it rarely consults sectoral stakeholders and appears to enjoy springing legislative surprises on the business community. “This is not the way to go about doing things if you want to brand yourself as a small open economy,” a South Africa-based consultant told Africa in Fact in late February 2016. The consultant, who asked not to be identified, was on an extensive due diligence mission for American interests regarding the proposed provisions of the new NEEEF Bill. The consultant said international investors are sceptical of the Namibian government’s claimed purpose with the NEEEF. The government says it will encourage wider participation in the economy and increase economic growth and prosperity, but to some outsiders it looked like an attempt at economic capture by politically connected elites. The latest regulatory tinkering also ran the risk of dis-incentivising local entrepreneurship, with the knock-on effect of severely limiting investment opportunities for foreign capital, the source added.

The same concern is expressed by Tim Parkhouse, Secretary-General of the Namibian Employers’ Federation (NEF), which represents local and foreign companies. The recent law and policy moves would “scare off” foreign investment, he said. Economic stagnation or downturn was “highly likely” if the government continued to haphazardly intervene in the economy, he says. This would potentially include company closures and the resulting industrial and social unrest as a consequence of job losses. The government’s approach would “make doing business harder” for both local and foreign investors, Brian Black, chairperson of the Namibia Manufacturers Association (NMA), told a workshop on the introduction of the NEEEF hosted by the office of the Namibian prime minister, Saara Kuugongelwa-Amadhila, in mid-February 2016. “Emotive politicking” was guiding policy and law design and development, he said. Like the Local Authorities Amendment Bill — by then already rejected — the NEEEF had not been well conceived or thought through.

One source, who was in regular contact with foreign investors and wanted to remain anonymous, says that the Namibian government could already have endangered about $500m in multi-year foreign direct investment (FDI) earmarked to begin flowing into the country from 2016. Critics from a range of sectors privately question the government’s underlying motives and express concern at the government’s “unilateral and undemocratic” approach. Stakeholder discussions around the NEEEF Bill commenced in mid-February this year. Various sectoral umbrella bodies have issued statements critical of the NEEEF Bill in its current form. During a radio discussion in early March, a number of young black Namibians, who are arguably among the first-line beneficiaries of the proposed empowerment dispensation, expressed suspicion and cynicism regarding the intentions behind the proposed legislation. At a meeting of the Namibia Chamber of Commerce and Industry on March 30, attended by Africa in Fact, a range of black businesspeople also expressed substantial reservations with it.

Past experience would indicate that the Geingob administration will ignore these criticisms. It appears to think that the country can rely on its currently favourable investment ratings: Moody’s rates Namibia’s sovereign debt at Baa3 while Fitch’s rates it at BBB, both ratings indicating a low investment grade. The country is perceived to enjoy distinct advantages: a well regarded and independent judiciary and respect for the rule of law, moderately well functioning public and private institutional environments, and a reasonably sophisticated and dynamic financial sector, among other factors. If so, it is ignoring other evaluations. In a June 2014 report the Institute for Public Policy Research (IPPR), a Namibian think-tank, listed several negative assessments by international and local organisations, among them the World Economic Forum’s Global Competitiveness Index (GCI), the World Bank’s Ease of Doing Business rankings and the Namibia Business and Investment Climate Survey.

“Serious investors looking at Namibia from outside will pick up on these negative indications before they make a decision about coming here,” the report concluded. The discussions around the NEEEF Bill are set to conclude on April 29, 2016, while the Investment Bill is still nowhere to be seen. Even so, a national investment conference is planned for some time in May 2016, according to recent statements by the minister of finance, Calle Schlettwein.