Welcome to Africa In Fact.

The Journal that promotes Good Governance for the African continent and all its people.

Login here or register for 5 months free access to Africa in Fact today. 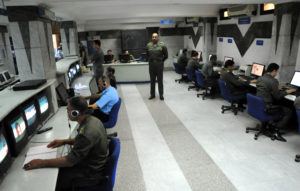 Egyptian army officers monitor local and
international TV stations and websites at the
military press office department in Cairo in
June 2012. Egyptians were voting in a run-off
presidential election, pitting an Islamist against
Hosni Mubarak, amid political chaos, highlighted
by uncertainty over the future role of the army.
Photo: AFP PHOTO/STR

On 20 August, 2016, a group of mostly young social media activists gathered at a property in the Burundi capital, Bujumbura, to discuss national political affairs. The political climate was tense in the central African country following brief, intense protests against the continued rule of long-time strongman Pierre Nkurunziza, politically motivated killings, repression of the media and an attempted coup the year before, in May 2015. As the gathering got under way, police swooped in and 46 of the activists, who had organised the meeting via the messaging app WhatsApp, were arrested. Eight of them were kept in jail for a while. “Police accused them of tarnishing the image of Burundi by spreading defamatory information against public authorities,” said a civil society activist, who spoke on condition of anonymity for fear of reprisal. “Before the arrest of those WhatsApp group members, the minister in charge of public security had issued a threatening statement against social media activists,” the activist told Africa in Fact.

“On 17 May, 2016, he said that those using social media tools to spread rumours should not feel safe; that security services have now acquired the capacity to monitor them, to locate them and arrest them.” The Burundian activist said that in the wake of the incident suspicions grew that the regime had acquired sophisticated digital surveillance capabilities to monitor and intercept the communications of citizens. As a result, with the traditional media sector, especially broadcasting, effectively captured or destroyed by the Nkurunziza regime, and with many journalists having fled the country and now operating from exile, a heavy culture of self-censorship enveloped the country, even on social media platforms. Since the youth-led uprisings that became known as the Arab Spring of 2011 that toppled authoritarian regimes across North Africa, indications are that many African governments have sharpened their communications and digital surveillance capabilities, especially seeking to clamp down on political expression on popular social media platforms that are primarily used by the youth.

In September 2019, the Uganda-based Collaboration on International ICT Policy for East and Southern Africa (CIPESA) Institute released its ‘State of Internet Freedom in Africa 2019’ report, which found: “The continued surveillance of the public, with limited oversight, in addition to the increased surveillance capacity of governments, and the interception of communication, including that of critics and human rights activists, threatens internet freedom. These measures have been coupled with regulatory control of the internet, including now widespread and restrictive measures such as censorship, filtering, blocking, throttling and internet shutdowns evident in several countries.” The report mentions that while most of the repressive surveillance practices uncovered were primarily perpetrated by authoritarian regimes – of which there are apparently 23 among the 55 African governments – even those countries classified as “flawed democracies”, such as South Africa, engaged in highly questionable surveillance activities.

Since 2011, countries such as Angola, Egypt, Ethiopia, Rwanda, Tanzania, Uganda, and the list goes on, have “weaponised” the internet and social media platforms through surveillance and repressive computer misuse, social media tax, and cyber security and terrorism laws. This has been especially noticeable following similar youthful outspokenness online like that which preceded and fuelled the Arab Spring. And some states have even gone as far as deploying troll armies and state sponsored disinformation campaigns – what the Oxford Internet Institute calls “organised social media manipulation campaigns” – to counter narratives on social media platforms that are perceived to be anti-government. In its September 2019 report, ‘The Global Disinformation Order’, the institute identified 10 African governments involved in or running “organised social media manipulation campaigns” – specifically, Angola, Egypt, Eritrea, Ethiopia, Kenya, Nigeria, Rwanda, South Africa, Tunisia, and Zimbabwe.

The growing spectre of harm and alarm represented by such tactics, and the increasingly pervasive nature of state surveillance practices, along with the very real threat of surveillance overreach and abuse – as well as the ease with which surveillance and hacking technologies can be acquired internationally – have given rise to a global climate of widespread repression before expression. This was flagged as a burgeoning global human rights concern by United Nations special rapporteur David Kaye in June 2019. The UN special rapporteur on freedom of opinion and expression, in a report submitted before the UN Human Rights Council (HRC), stated: “We live in an age of readily available, easy to abuse and difficult to detect tools of digital surveillance. In his groundbreaking surveillance report in 2013, the previous mandate holder, Frank La Rue, noted that weak regulatory environments had provided fertile ground for arbitrary and unlawful infringements of the rights to privacy and freedom of opinion and expression.”

Many of the examples of abuse and infringements that Kaye was referring to undoubtedly emanated from the African continent, where some of the more repressive and authoritarian, as well as some seemingly democratic, states have been active over the past decade or so in global digital surveillance technology markets and have been caught out engaging in murky and unlawful surveillance activities. One such country is South Africa. “There’s plenty of evidence that South Africa’s security agencies have put resources into monitoring and interfering with democratic formations, particularly during the Zuma administration,” says Murray Hunter, a surveillance researcher who formerly headed the influential Right2Know (R2K) campaign’s state surveillance monitoring project. “This includes civil society groups, student protest movements, dissident unions, and media organisations. “A few years ago, there was also reporting on a leaked SSA [State Security Agency] document that revealed the agency’s official national security estimates, i.e. what it perceives to be the biggest genuine threats to state security,” Hunter explains.

“As this report shows, the state was frankly and seriously anticipating an Arab-spring style uprising in the lead up to the 2014 elections. In other words, the state had reframed what many would consider to be legitimate and unrelated social protest as a potential existential threat.” South African civil society and the media have exposed such practices over the years and even taken the state to court. In September 2019, the investigative journalism initiative, the amaBhungane Centre for Investigative Journalism, supported by R2K and others, won a high court judgment that effectively scrapped the primary law enabling communications surveillance and interception, the notorious Regulation of Interception of Communications and Provision of Communication-Related Information Act (RICA) of 2002. With SSA expected to appeal the high court decision, and the South African Police Service (SAPS) already having lodged an appeal, it’s unclear how the case will eventually end. But the decision reverberated around the world and has emboldened international calls for reform of state surveillance practices globally.

One country in particular need of reform is Zimbabwe, just north of South Africa, which has a long history of repression of legitimate dissent and political expression. While invasive state surveillance was already an uncomfortable fact of life for political activists and journalists up until then, since 2016 the situation has become much worse, according to political activist Henry Munangatire. He was one of the core organisers and strategists of the July 2016 #thisflag pro-democracy protest movement – run primarily via various social media platforms on mobile phones – spearheaded by young Zimbabwean pastor Evan Mawarire, who attracted a large youth following and international attention, as well as state harassment, intimidation and repression. Munangatire said that at the height of the #thisflag movement, which called on people to stay home in protest at the state of the country, state security operatives used the state’s communications surveillance capabilities to hunt down and imprison youth movement leaders, many of whom managed to evade capture and had to be smuggled out of the country.

“All of a sudden you had young people using this hashtag to talk about their economic and social situations, which at that point were a result of 36 years of corruption and mismanagement of the country by Zanu-PF,” he says. “The success of this movement culminated in building social media activism and on-the- ground activism, which, of course, led to the creation of other hashtags, such as #Mugabemustgo, which were created online and led to civil disobedience and people expressing discontent at the system. “So it was at that point that the Zanu-PF government realised it didn’t know what to do with the internet and they started crafting a cyber security Bill. And that Bill basically sought to criminalise the use of social media in politics and social activism, even if it is peaceful activism,” Munangatire says. He added that while the cyber security Bill had moved onto the back-burner since the 2017 military coup that removed long-time Zimbabwean dictator Robert Mugabe from office, it has since been revived by the Mnangagwa regime, which has pushed for its urgent enactment into law.

The Zimbabwe Cyber Crime, Cyber Security and Data Protection Bill was approved by the Mnangagwa cabinet at the beginning of October 2019 and has been sent to parliament for enactment into law. The Bill has already attracted criticism for its provisions that enable a clampdown on social media. The 34-year-old Munangatire said he lives under constant and invasive state surveillance and has been arrested twice for his political activities over the years. His experiences are unfortunately not isolated ones on the African continent. The warning signs for Africa are clear and everywhere, as articulated in the CIPESA ‘State of Internet Freedom in Africa 2019’ report: “While digital authoritarianism has been in existence for decades, it is clear that its use by authoritarian regimes to surveil, repress, and manipulate domestic and foreign populations is a tool of state control over their rights. If left unchecked, democracy and internet freedom will continue to regress.” 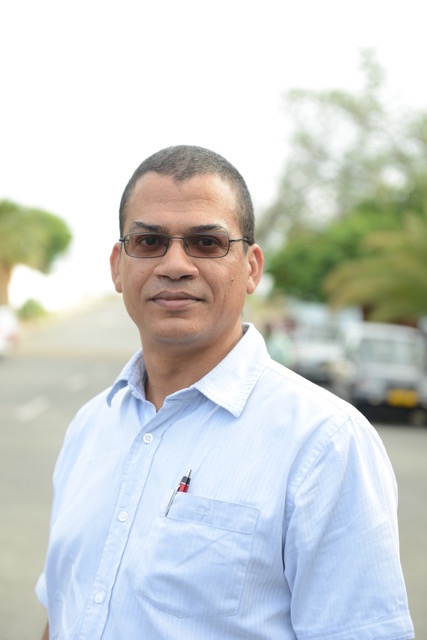