Last year, an investigative journalist working for Kenya’s Citizen TV reported a heartrending story. The story was about Kelvin’ Ochieng’, a young man who had ended up homeless on the rough streets of Nairobi after graduating with a first-class honours in actuarial science. The 24-year-old had scored straight As at the famous Maranda High School before proceeding to the University of Nairobi. He had managed to pay for his university studies through a government loan, as well as a Chinese scholarship. But having completed his studies, he could not afford to pay 4,000 shillings (about $40) for his graduation, and so could not attend the ceremony. Now, he lived in the Kosovo area of Mathare, one of Kenya’s largest informal settlements. A friend, Christopher Oloo, had rescued him from the streets, offering him a place in the tiny single room he already shared with three other men. Ochieng’ had applied for many jobs but to no avail, despite his excellent qualifications. Because of that, he feared going back to his rural home.

The last time he had visited, he had found his family living in absolute poverty and clinging to the belief that he, the star of the family who had made it to university, would be their salvation. He told the reporter that he had sometimes contemplated suicide. The story is not, in fact, unusual. In Kenya, many young people work hard at their studies and excel, only to find that their certificates are meaningless. At the time of the interview, Ochieng’ was just one of many other young people scrambling for casual work, for example washing cars in the CBD. Badly served by a failing system, most of the country’s young people are condemned to live in poor socioeconomic conditions. The few who do not have to struggle have access to education and jobs through family or close contacts in government. So the story raises serious questions. What about the many other Ochieng’s one never hears about? In places like Mathare, many young people without even half of his level of education have to grapple with harsh daily realities.

People like the selfless Oloo, whose altruism was mentioned only in passing in the report. His role in the story was “normal” and less interesting than the “special” case of an unemployed graduate. The journalist got some of the details of living in Mathare right: the lack of proper latrines, the heavy stench of raw sewage. But she went on to claim that Mathare is one of the most dangerous slums in Nairobi, a scary place where you have to watch your back 24/7 because of the armed gangs. She did not notice that it was, at least partly, Oloo’s act of kindness that had brought her down into “the valley”. Implicitly, the report suggested that people with first-class degrees didn’t deserve to be homeless and without an income. The insecurity and stench of Mathare were the “normal” preserve of the “less educated”. In a tweet on 21 July, 2019, Mwalimu Wandia Njoya (a scholar, social and political commentator and blogger) said that Kenya’s system compounds a kleptocracy with “education-based discrimination”. I couldn’t agree more. With or without an education, nobody deserves to be poor. Every person should be at least economically able, regardless of their education level.

But bad governance prevails, dehumanising the very people politicians are supposed to serve. This is Christopher Oloo’s story. Like me, he was born in Mathare. Just this fact means that the limits of our ambitions are almost certainly set forever. His story is my story. My story is that of hundreds of thousands of other young Kenyans. His story is representative of thousands of young Kenyans whose futures are being ruined by political corruption, which steals resources that could be used for development and, hence, job creation. I am not on the outside looking in, nor am I on the inside looking out. I’m in the dead centre, looking around. Young people, and particularly young men, are stereotyped as “dirty”, and as “criminals” who threaten public security. The police operate in the valley as if the only social issues here are drugs and weapons. Encounters with police and other officials are to be avoided at any cost. As a young man, you are a target. The cops, commonly known as wakubwas (“the big men”), are simply uniformed robbers. They can stop and search you at any time, supposedly for evidence of illegal possessions, when, actually, they’re rifling your pockets for cash.

They might sniff your fingers, to check whether you have been smoking bangi (local term for marijuana). In some cases you will be made to spit on the ground, the idea being that a habitual smoker always has a dry throat. Everything has a price. Should the smell of marijuana be confirmed, negotiations about the cost of your freedom begin at a thousand shillings. If you are nabbed with something on you, it will cost you between two and three thousand shillings more. Failure to warm the fervent palm of the mkubwa in question may result in a smack to your head. Nyinyi ndio mnatemebea bila pesa, mkisumbua watu hapa! they say. (“You are the type that goes about without money while making a nuisance of yourself.”) As a young man in Mathare, you are guilty until proven innocent. Above all, do not make the elementary blunder of claiming to know your rights. The only time you ever hear the words, Kijana, rudi hapa (“come back soon, you are welcome, young man”), or a kind tone from the cops is when you part with “a little something”. The media almost never reflect such realities of everyday life in Mathare. Young people are constructed as central to the problems of urban criminality and idleness.

Then again, people like to say, “If you don’t like the ghetto, why don’t you just leave?” But where are we to go? Mathare is all the life Oloo has known. It’s the same for me. This is home. You are attached. People raise their children here and have invested what little capital they have here in their neighbourhood. The few who are lucky enough to “make it out” of Mathare often end up in another immiserated part of the Eastlands, with the same limited basic amenities, or worse. Following a fire at our house about two years ago, I helped my mother relocate to Githurai, another low income neighbourhood in Nairobi, where I thought that she would not have to worry about the risk of fire and other ghetto hazards. Less than three months later she moved back to Kosovo, in Mathare. At first, I could not make peace with her decision. But I had to accept that she ached for a familiar environment where she knew people and could trust them, and where she had learned her survival hacks. As they say, an old broom knows the room’s corners all too well.

Soon after the report about Ochieng’ was broadcast, the Nairobi News website reported that he had received more than a dozen job offers, including one from Nairobi county government, the Kenya Red Cross and Kenya’s forestry service. Many of these companies would already have received Ochieng’’s application and CV. What made the difference for him? That report on Citizen TV. Ochieng’ was selected as a worthy story – and good luck to him on that. But I would suggest that the story should not have stopped there: it should have been understood as a case study that reflected the problems many young Kenyans face. And that should have stimulated a search for real, tangible solutions to the problem of youth unemployment. We never see sustainable solutions to young people’s issues. Most often, the solutions proposed turn out to be short-term fixes that have more to do with harvesting cheap labour through catchy words like “platform”, “stipend”, “youth inclusion” and so forth, than with creating real opportunities for young people. An example is the government programme Kazi Kwa Vijana (KKV), launched in March 2oo9, which responded to post-election violence in 2008 by campaigning to “put youth to work”.

Six months later, Kenya’s media reported the project was already failing, citing mismanagement, corruption and late payments from Treasury. The initiative failed. Anyway, the campaign offered only low-wage manual labour with no prospect of skills development. Very often, too, we see issues relating to young people being discussed in their absence at cosmetic symposiums and panel discussions. Thus, their input and perspectives are not taken into account. This strips young people of the power to determine their own futures, and brings generational conflict. I accuse our mainstream media of complicity in this. Indirectly, well intended but misguided reporting affects hundreds of thousands of lives. The media’s profit-driven mentality denies people like Oloo the opportunity to speak truth to power. Sure, there are tensions between the demands of media ownership and editorial independence, but it would appear that, to the media owners, “news” is only about increasing readership or viewership subscription. I don’t bear any ill-will against the journalist who covered Ochieng’’s story, or her news team, for their blindness to reality.

They were only doing their jobs. But there’s the problem. Media owners have enormous power to shape public discourse – but apparently very little sense of accountability. In Kenya, moreover, they are sometimes state actors who use media platforms as propaganda machines to push tribalistic agendas. Many argue that our national independence has moved the country forward. However, this claim has very little to do with the everyday dilemmas of poor Kenyans, young, old, male and female. From their perspective, the country is a rusty tramp steamer with no lifeboats for the crew. On this ship, the traditional rule that women and children go first in the event of a problem has been turned on its head: now, they are the first to sink or swim. To many young people today, Kenya is a country that sets you up for failure. It often looks as if it is the intention that we should perish, one way or the other, sooner or later. In Mathare, young people are putting aside imposed social differences of religion, tribe and education to organise and empower themselves. This includes initiatives such as registering a youth group so as to be able to operate a car wash, getting into the boda boda (motorcycle transport) business and ventures in urban farming (see article in Africa in Fact 46, the Youth edition).

For them, this is the only way forward to economic liberation. In this way, we are rebelling against the status quo, which says that we should be patient and wait for opportunities to be thrown our way. In Mathare, young people are working to create a future for themselves, because it is clear that our government is not going to do so. 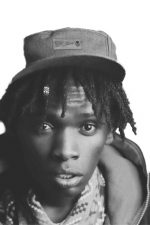 Kanyi Wyban is a young writer and musician based in Mathare – Nairobi, Kenya. He is the founder of Heroes of Mathare, a storytelling project aimed at telling beautiful narratives by celebrating heroes from a community otherwise branded a “slum”. He is also coordinator of the Mathare Green Movement, an ecological justice campaign aimed at reclaiming the humanity of Mathare by planting trees and making it green. 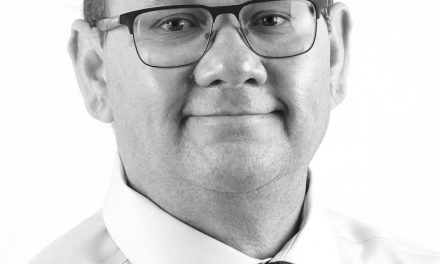