Radio: power to the people

Terrestrial radio remains the most popular means of accessing news and entertainment in Africa, even with the advent of the internet 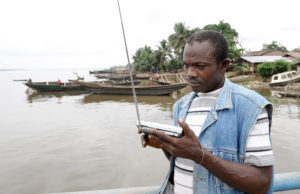 A displaced citizen of Bakassi Peninsula listens
to the ceremony in which the Nigerian
government handed over the Peninsular to
Cameroon after a 15-year dispute
Photo: PIUS UTOMI EKPEI / AFP

Of all the media platforms, radio is still, by far, the most pervasive form of media across Africa. It covers a greater geography than any other media form, reaching at least 75% of households in Africa, according to UNESCO’s Education for All (EFA) Global Monitoring Report in 2012. At the end of 2018, South Africa, which has more than 100 radio stations, was estimated by Radio Audience Measurements to have 89% radio reach of the adult population, while the EFA report figure for Tanzania is 83% and 85% for Zambia. Africa’s rural areas push these figures far ahead of television, as radio sets are more portable and much cheaper than TV. “The disparity between TV and radio is quite marked in some regions. In Zambia’s rural areas, for example, the coverage is 68% for radio and 26% for TV,” notes Arthur Goldstuck, digital media analyst and director World Wide Worx, a business technology research company. Internet radio has increased radio access further, as even basic-feature smartphones now come with FM radio.

But it clearly presents no real challenge to traditional radio broadcasters, and indeed digital convergence is high on the agenda for the dominant terrestrial radio stations on the continent. Internet radio, comparatively inexpensive and legislatively unhindered as it is to produce, still requires listeners with either a computer or a smartphone with internet access, either via data or Wifi connection. Given that many rural areas in Africa have limited or no access to these privileges, that means internet radio is available only to higher income groups in urban areas. “These groups represent only a small proportion of the radio audience,” says Goldstuck. “Even there, older people still prefer traditional forms of radio listening, which reduces the impact even further. A far greater impact is made by FM radio on feature phones, but it could be argued that this remains a form of traditional radio listening, since the handset is using the same mechanisms, and in effect is performing as a radio, using FM signals, without reliance on the mobile signal.

The only difference is that one typically needs to use earphones to pick it up, with the earphones also acting as antennae.” Thus, for internet radio entrepreneurs, the challenge is not starting up a radio station, which again is cheap and flexible when compared to terrestrial broadcasters, which need studios, licences and are competing for ever more congested FM frequencies. The challenge is expanding the reach of the station to a wide enough audience to make it profitable. “There are also connectivity issues, say when the signal drops for a couple of hours,” says Hendrik Baird, station manager of GaySA online radio, who researched 34 online radio stations in South Africa in 2012. “And a major hindrance is that audiences in Africa, especially the older generation and also potential business partners, perceive that online radio uses a lot of data. There’s a general lack of understanding of how to consume it. So internet radio is not profitable yet… it’ll be a long journey.” That said, the growth of internet radio is undeniable, and advertisers will gradually follow, according to Emma-Jane Robson, director of Awake Online, South Africa’s first online radio advertising sales house feeding 10 online radio stations.

“Online radio also has the ability to cross borders and as wifi spots spread, its reach will keep moving through the continent. Also, online radio affords advertisers far more accurate listenership data about its audiences than traditional radio, so it’s a cost effective platform for them,” Robson says. The most successful radio stations in Africa converge “old” and “new” media, broadcasting terrestrially while offering online platforms that simulcast their programmes, as well as offering ways for their audiences to interact and participate in both TV and radio programming. A good example is Soundcity TV and Radio Network, a Pan-African urban music channel owned by Consolidated Media Associates, Nigeria’s media powerhouse. “TV brands in Nigeria all have radio arms. For us to stay alive, we have to converge media and keep innovating, keeping abreast of the youth segment especially. So we host big events like Nigeria’s biggest pop music award show, and we also sell merchandise. We don’t think of ourselves as a radio station but a multimedia brand,” Jonathan Lyamgohn, Soundcity TV and Radio CEO told the Radio Africa conference last year.

In East Africa, the biggest and most trusted radio station is Radio Citizen FM, a music, news and entertainment station, which started in 1999 as a counter to the Kenya Broadcasting Corporation, a government mouthpiece. With the most transmission sites for an FM station in Kenya, it boasts the deepest penetration countrywide, but also streams live online, and has Facebook (with more than 362,000 followers) and Twitter (with more than 214,000 followers) accounts. The largest radio station in Africa is the South African Broadcasting Corporation’s (SABC) radio station Ukhozi FM, with its listenership in excess of 7.7 million. It streams live and offers listeners online podcasts of shows they might have missed, and also has an app for both iPhone and Android phones. Ukhozi FM is also among the top most-viewed radio channels on YouTube, and is placing more emphasis on live and recorded video to gain traction with its social media platforms. “Radio continues to be a strong option for advertisers, but the industry can only strengthen its hand by offering multimedia options such as video.

Video is an easy way to reach a new audience and it’s another outlet for advertisers,” says Charis Apelgren-Coleman, market engagement manager at Kagiso Media Radio, owner of several South African-based radio stations. The power of community radio in Africa is its ability to reach out to people in remote areas, with little or no access to information otherwise. Radio is where people can listen to the news and local music and, more critically perhaps, receive educational information about health, schooling and sustainable development. Most community radio across the continent are funded by external donors, church organisations, international development agencies and some advertising. UNESCO is a big player in this space, supporting and promoting community radio stations as a way to facilitate social communication and support democratic processes within African societies. In Cameroon, for example, UNESCO and the government committed $5.8 million from 2014 until the end of this year (2020) to establishing 15 new community stations and rehabilitating 21 existing ones. The main goals of the project are to encourage positive behavioural transformation, and provide citizenship education during the presidential elections, thus contributing to the fight against violent extremism.

The impact of the project is so great that discussions have begun for the second phase, with Cameroon wanting more than 100 community radio stations. Some of the more successful community stations have become selfsustaining, particularly in South Africa, where a growing number of advertisers choose community over commercial radio to reach their audiences. “Advertising on regional radio can be surprisingly affordable for local small and medium businesses, enabling them to speak to customers in their city or region at a reasonable cost,” says Wayne Bischoff, CEO of Mediamark, a leading multimedia sales house in South Africa. “The affordable cost of ad placements also means brands are able to increase frequency, so they can get their message out more often.” Community stations that have embraced multimedia platforms are also able to expand their revenue bases in the same way as their national counterparts. “Many regional radio stations are now successfully and profitably segmenting regional audiences through multiple touch points such as events, online, and mobile out of home.

Rather than seeing social media, podcasting, streaming and other digital elements as a threat, many broadcasters are integrating them into the mix to increase engagement,” says Bischoff. Not least, community radio is the lifeblood of the African music industry, as it is often where music from the continent is first played and heard. “Community radio stations have great value in making an artist, as they get royalties from their music being played,” says Manaileng Maphike, business development manager of licensing at the Independent Communications Authority of South Africa( ICASA). As Muletambo Brian Lingela, director of the Competition and Consumer Protection Commission in Zambia noted in the Genderlinks Gender Media and Diversity Journal: “Community broadcasters are the preferred source of information for a number of rural and urban communities in SADC (Southern African Development Community) because of their proximity to audiences and independence from government control, which enable them to carry programmes that reflect the aspirations and concerns of the communities they serve.”

So, while the internet might be changing the way radio is broadcast, crossing borders and reshaping the radio advertising landscape, the consensus is that national and regional terrestrial channels will remain dominant, and community stations will always thrive on the continent. They are often the only voice for the particular concerns of far-flung farming communities. 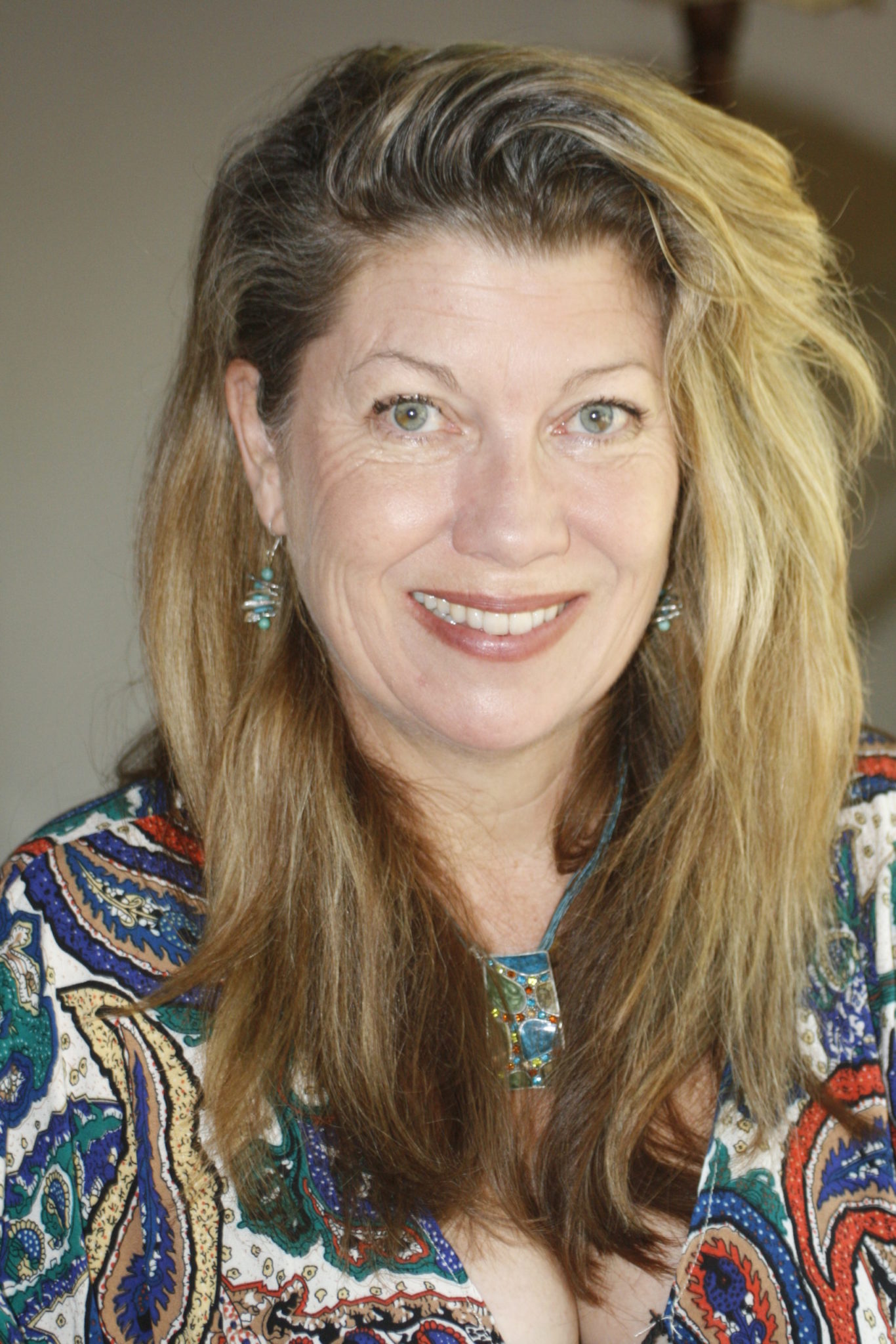 Helen Grange is a seasoned freelance journalist, with a career spanning over 30 years writing for newspapers and magazines in South Africa. Her work appears primarily on Independent Online (IOL), as well as The Citizen and Business Day newspapers, focusing on business trends, women’s empowerment, entrepreneurship and travel. Magazines she has written for include Noseweek, Acumen, Forbes Africa and Estate Living.