In Malawi, May is usually a cold month. The cold weather is at times coupled with chilly drizzle. In such weather, many Malawians would want to be indoors. But this year, on 21 May, the people will be voting for the politicians whose actions will determine the quality of their lives over the next five years.

And it is likely that the turnout will be influenced as much by the weather as by voters’ confidence that there is any point in electing representatives. May will see a national tripartite election, in which Malawians aged 18 years and older choose their president, members of parliament and ward councillors. Malawi Electoral Commission figures indicate that about 6.8 million voters registered to vote this year against a projected figure of 8.5 million eligible voters. That means about 20% of the adult population did not register, and that figure likely indicates  a level of frustration among Malawians regarding the quality of their political representation.

Rose Njazi of Kaphata village, in the Traditional Authority (TA) Chimombo in Nsanje, recalls the previous election in 2014, when she turned up at the voting station at 5:30 am and found that she was one of five people who had come early to vote. She felt positive: this time around, her vote would not be wasted. “I thought I was equipped with enough knowledge through civic education,” she recalls. “And it was time to decide. I was so hopeful.”

That day, Njazi voted for a councillor and parliamentarian who she felt would ensure that her area benefited from developments such as a health centre, a maternity waiting shelter, clean water and school buildings. But two years later, she found that the politicians she had entrusted with her support had “completely changed”.

“The candidates said that the voters should think of them as applying for a job. It was up to us to hire them,” she told Africa in Fact. “So, we ‘hired’ the candidates we thought were suitable – and now they are behaving as if they are our employers, and not the other way around.”

Samuel Kasakatila, of TA Ndamera in the same district, shares Njazi’s frustrations. He says once members of parliament are elected into office they abandon their promises to voters and go away to live in the city. “We don’t vote for them as individuals, we vote for them because of their manifestos,” he told Africa in Fact.

During electoral campaigns, MPs promise to represent voters in parliament, where they are in a position to lobby for developmental work in their areas, Kasakatila adds. “But it’s as if we gave them a coupon to enrich themselves. They rarely visit, or hold meetings about developing our district. There is no change.”

Residents of Nsanje are concerned. Members of parliament are required to be members of their local Area Development Committees (ADCs), but they often don’t attend committee meetings. Instead, they delegate that responsibility to others, sometimes even to their drivers, according to some residents.

One of the main roles of the ADCs is to identify development projects in their district and to allocate funds provided by the Local Development Fund (LDF) and the Constituency Development Fund (CDF) to these projects. The CDF is a type of decentralised government funding that is supposed to deliver goods and services directly to constituents by providing additional funds for local community development, outside line ministries. The LDF is a financial instrument meant to support the budgets of partner municipalities in their funding of development and poverty reduction in rural areas.

Both Njazi and Kasakatila say that members of their ADC sometimes don’t even know that construction is proceeding on a project in their district.

Radick Semba, the chairperson of the Village Development Committee (VDC) of TA Mbenje in Nsanje, blames the bad performance of Malawi’s politicians on poor civic education. MPs and ward councillors don’t understand their duties, he says. For example, ADC members often do not know how to select development projects or how money can be allocated to them.

“Duty bearers may be taking advantage of this knowledge gap to fail in fulfilling their promises,” Semba told Africa in Fact. He said that members of Malawi’s electoral communities ought to sign Memoranda of Understanding (MoUs) with their representatives that outline the development targets they are expected to achieve during their tenure in office.

But the voters are also to blame, Semba suggested. Constituents expect things of their representatives that have nothing to do with their public role. They want their MPs to help them when they need to get a sick relative to hospital, for instance, or they expect them to buy coffins and pay for funerals. This is one reason MPs often do not reside in their constituencies, he argued. “Some may do this out of selfishness, but others do it because their constituents give them unnecessary headaches,” he told Africa in Fact.

The problems noted by local residents with their ADCs are not only due to inadequate civic education or awareness, said Dr Boniface Dulani, a political analyst and senior partner and director of the Institute of Public Opinion and Research in Zomba, the country’s eastern region. “Many of our politicians might mean well when they make promises,” he said. “But once elected, they realise that the reality of delivering on those promises is more complicated and difficult than they thought.”

According to governance and development specialist Dr Henry Chingaipe of the Institute for Policy Research and Social Empowerment (IPRSE), an organisation based in Lilongwe, Malawi’s capital, the frustrations of voters are due mainly to Malawi’s “very weak” accountability mechanisms. “There is no system that translates manifestos into action, no system that holds parliamentarians accountable for the pledges they make during the election campaigns,” he told Africa in Fact. “The only mechanism we have is the elections themselves, which doesn’t address the situation.”

Some 70% of MPs are not re-elected after serving their terms in office, he says – often because of voters’ perceptions that they have failed to deliver. “A frustrated electorate just votes these MPs out, hoping that the next person will deliver. And the cycle of frustration continues,” said Chingaipe. He argues that a national planning commission should outline the country’s development needs and evaluate the positions of MPs and ADCs on that basis. Presently, he suggested, developmental goals are defined merely by “personal manifestos”.

MP for Nsanje South, Thomson Kamangira, a member of the ruling Democratic Progressive Party (DPP), is one parliamentarian who was re-elected into office in the 2014 elections. He believes that the people of his area like him. “They chose me to represent them again,” he told Africa in Fact. “This is an indication that I’m providing for their needs.”

Kamangira admits that he has a house in Blantyre, Malawi’s commercial capital, about 130 km from his constituency. “Apart from being an MP, I’m also a businessman and I can only operate my businesses in Blantyre. In Nsanje, there are limited markets,” he said. He dismissed voters’ claims that MPs are just using the electorate to enrich themselves. “We are the people’s servants and it’s up to them to vote for us or not,” he said. Asked why parliamentarians did not attend ADC meetings, he said they often clashed with parliamentary meetings or other engagements.

According to Dr Eric Umar, a social psychologist at the Queen Elizabeth Central Hospital in Blantyre, politicians often operate according to the “selfish gene” theory,  which implies individual human beings use other people to serve themselves. Thus, politicians have control of community resources, which they use for their own interests. In turn, voters often continue to support politicians because they expect to gain personally from doing so, or expect some specific change of policy. This is a far cry from the days of the 1994 general election, the country’s first multi-party election after years of one-party rule, when most Malawians just wanted to see a new party in power.

Like Changaipe, Umar argues that this leads to a cycle of frustration. “Many people who vote out of personal interest end up being frustrated or feeling used by politicians,” he told Africa in Fact. Voters can generally be divided into two groups, he added, those who feel an affinity with a particular party, and those who want to see change and are less concerned about which party offers it. The latter group, he suggested, often end up more disappointed.

Meanwhile, Rose Njazi still intends to vote on 21 May. This time, she says, she wants to see “things happening” in her district, to compensate for the hours that she will spend in the cold waiting to cast a vote. Otherwise, she says, “if things continue like this, they will have to give us back our votes”. Malawi’s National Assembly has 193 members of parliament who might want to keep wealth to themselves, she added, but 17 million citizens were eager to change their lives.

A woman proudly chooses a leader of her choice Photo: Josephine Chinele 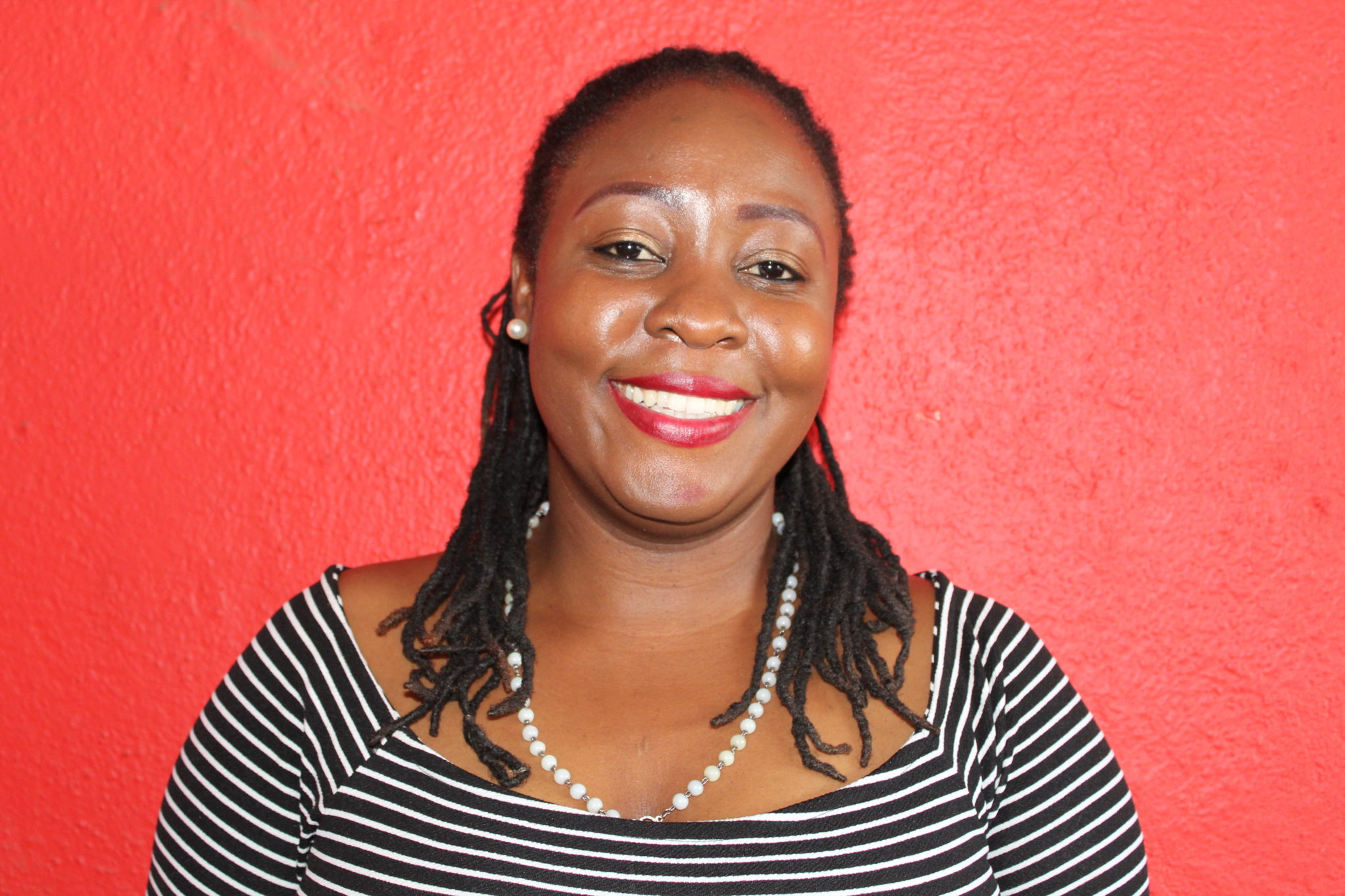 Josephine Chinele is a multi-award winning journalist, currently a sub-editor at the Sunday Times newspaper, Johannesburg. A regular contributor for the Mail and Guardian, her special interests are the impact of HIV and AIDS in southern Africa, health and human rights. In 2015, she participated in a three-month investigative journalism fellowship with Amabhungane, and in 2018 in a US Department of State-funded Investigative journalism fellowship in the US for sub-Saharan journalists. Last year, she also won a fellowship to cover the international AIDS Conference held in Amsterdam, the Netherlands.