Despite Zimbabwe’s crumbling public health infrastructure, former health minister Obadiah Moyo told journalists in Harare on 2 May, 18 days before the country recorded its first Covid-19 case, that the southern African nation was ready to handle the global pandemic. He assured the nation that Zimbabwe had drawn valuable lessons from previous cholera outbreaks and had put in place solid mechanisms to deal with the disease.

The claim that Zimbabwe is ready to deal with the coronavirus has become a government mantra at a time when the pandemic is proving a challenge and stretching resources in better equipped countries such as China, the United States, Spain and Italy, among others. However, health professionals, including Dr Norman Matara, secretary general of the Zimbabwe Association of Doctors for Human Rights (ZADHR), have consistently challenged the claim, saying that the country’s decrepit healthcare system is not ready for the challenge.

He assured the nation that Zimbabwe had drawn valuable lessons from previous cholera outbreaks and had put in place solid mechanisms to deal with the disease.

An investigation by the Zimbabwe Independent published on 6 March revealed the country’s health facilities were woefully equipped. The report revealed that Zimbabwe’s main isolation hospital, Wilkins in Harare, did not have adequate personal protective equipment (PPE) for staff and was relying on space suits, gloves, gumboots and N95 respirators acquired when Zimbabwe was preparing to fight an ebola outbreak in 2014.

In a ministerial statement delivered to parliament in February, Moyo also said the country would use anti-retroviral drugs (ARVs), particularly kaletra, to reduce the impact of Covid-19. While there is preliminary evidence that the drug is effective with some coronaviruses, there is no evidence that it is effective against Covid-19, according to an April report by the Centre for Evidence-Based Medicine. At any rate, the treatment was found to be out of stock.

An investigation by the Zimbabwe Independent published on 6 March revealed the country’s health facilities were woefully equipped.

It did not take too long for the government to be further exposed. On 7 July Moyo was himself dismissed from office, for “conduct inappropriate for a government minister”. Moyo was arrested on 19 June in relation to charges he facilitated the awarding of a $60 million tender for the provision of PPE outside procurement regulations and he was sacked on 7 July. Zimbabweans may wonder if this is not another example of the “catch-and-release” approach that has seen high-profile individuals arrested and released.

The government’s failure to establish adequate public health care measures was demonstrated by its handling of one of the first cases of Covid-19 to be reported in Zimbabwe, that of journalist Zororo Makamba, the son of a prominent businessman and a former high ranking Zanu PF official.

It did not take too long for the government to be further exposed.

Makamba was hospitalised at Wilkins Hospital after testing positive on 21 March. At the time, the institution did not have a ventilator, power adaptors or an intensive care unit. Staff at the hospital did not have adequate PPE, resulting in him being neglected. Zororo died on 23 March, two days after being admitted to hospital, according to a Makamba family statement. The Makamba family released a hard-hitting statement to the Daily News blaming government for the death. The statement was released by Zororo’s brother Tawanda.

“At the end before he died, he kept telling us that he was alone and scared and the staff were refusing to help him to a point where he got up and tried to walk out and they were trying to restrain him. So, this is how my young brother ended up dying. I want people to know that the government is lying [that it is prepared],” Tawanda Makamba said.

Zimbabwe’s main isolation hospital did not have a ventilator, power adaptors or an intensive care unit.

In his statement, Tawanda Makamba said Wilkins did not even have water. “If you come here to be treated for corona there is absolutely no treatment you will get, you will die … People need to know that the government is ill-prepared. It is not ready to deal with the virus.”

The Chinese embassy in Zimbabwe moved swiftly to mobilise the Chinese business community to construct an ICU. The embassy also donated critical equipment, while a local company drilled two boreholes to ensure the hospital had a water supply. Another company installed a solar system to equip the hospital.

“If you come here to be treated for corona there is absolutely no treatment you will get, you will die”.

The government, which had taken a laid-back approach to fighting the pandemic was somewhat jolted by Zororo’s death and the outcry that followed. A day after his death, the cabinet put on hold all other business to discuss ways and measures of tackling Covid-19, in what the state-controlled Herald newspaper uncharacteristically called “a rare show of high-level seriousness by government”.

Cabinet also activated the 11-member inter-ministerial taskforce to deal with the pandemic, chaired by Vice President Kembo Mohadi. The taskforce was mandated with monitoring the situation and managing the response to the Covid-19 outbreak as well as identifying gaps for corrective action.

The government, which had taken a laid-back approach to fighting the pandemic was somewhat jolted by Zororo’s death and the outcry that followed.

On 27 March, Mnangagwa announced a 21-day national lockdown with effect from 30 March, as a principal measure to contain the pandemic. Most businesses were closed although essential service providers as well as producers and retailers of essential goods remained open. Public transport for essential workers was restricted to services provided by the Zimbabwe United Passenger Company (Zupco) and the Public Service Commission.

Mnangagwa also announced that additional treatment and isolation units and facilities would be established to ensure hospitals were not overwhelmed. Covid-19 testing, which was only being done in Harare, would be decentralised to provinces to expedite testing diagnostic services.

Although the lockdown has probably contributed to slowing down the spread of the virus, health experts and ordinary Zimbabweans believe failure to provide basic commodities, social safety nets, PPE for health personnel and ensure mass testing has meant that the measure was not effective. A mealie-meal shortage during the lockdown resulted in large crowds at shopping centres when the commodity was available. In many cases, the police and the military were called in to disperse or control them.

A mealie-meal shortage during the lockdown resulted in large crowds at shopping centres when the commodity was available.

Crucially, the lockdown period was not accompanied by massive testing and tracing of contacts because of a shortage of test kits. To aggravate the situation, the government failed to provide health personnel with PPEs, exposing them to the virus.

On 5 April, Zimbabwe’s doctors took government to court to compel it to provide them and other frontline medical practitioners such as nurses and pharmacists with PPEs. They also demanded that government adequately equip public hospitals to protect them from the deadly pandemic.

In the application, filed by ZADHR, the doctors said government had not put in place measures to ensure the screening and testing of personnel driving public transport ferrying authorised people to and from work. In addition, government had failed to screen and test public servants and security services working during the lockdown.

The government failed to provide health personnel with PPEs, exposing them to the virus.

On April 14, the High Court ordered government to protect frontline health practitioners and equip public hospitals with medication to stem the epidemic. By the time of writing, the government had however failed to adequately provide PPE, prompting nurses to embark on industrial action demanding protection and better remuneration at the beginning of July. At present, nurses earn between ZW$4, 000 and ZW$5, 000 ($40-$50 on the blackmarket). Most doctors take home between $80 and $100.

The banning of commuter omnibuses, which is still in force, has meant that transport company Zupco is unable to transport commuters because it has too few buses. Other commuter omnibuses, independent of Zupco, were stopped from operating as a Covid-19 containment measure. Commuters have to spend lengthy periods at crowded terminuses and pickup points, risking contracting the virus.

“On some days I spend up to five hours queuing for a bus. There is absolutely no social distancing at the terminus or in the buses. I’m sure that the virus is spreading rapidly because of these crowds at bus terminuses,” said Tichaona Muzeza of Granary in Harare.

“On some days I spend up to five hours queuing for a bus.”

Muzeza works in a retail outlet in Harare’s central busines district, which operates between 8am and 4.30pm. “On many occasions I have been late to work because of transport, but the major problem is trying to get home. Most of the time I get home between 8 and 9pm because of transport problems,” Muzeza said. Although he wears a mask all the time in public, Muzeza feels that commuting has put him at a high risk of getting Covid-19.

A Zimbabwe Human Rights NGO Forum Covid-19 lockdown report released on 1 June – day 64 of the lockdown – also said terminuses were hotspots of likely infection. According to the report, the Passengers Association of Zimbabwe (PAZ) had observed that commuters were now forced to rely on open trucks for transportation to work. On 1 June, at most bus terminuses, ZUPCO was not sanitising passengers, for example, the forum said.

After initially encouraging returning residents and visitors to self-quarantine, the government later imposed a 21-day mandatory quarantine for all arrivals, given the high number of positive cases among returnees. However, large numbers of people are escaping from quarantine centres amid reports that the government was failing to provide adequate food. Some of the quarantine facilities, which include schools, colleges and vocational training centres, do not have basic amenities such as running water.

Some of the quarantine facilities do not have basic amenities such as running water.

Quarantined residents have also been complaining about delayed testing and lack of social distancing, which exposes them to the virus, according to the NGO Forum’s report. The Covid-19 regulations relating to mandatory quarantine require returnees to be tested on day one, day eight and day 21, the forum said, but returnees sent to Chinhoyi Training Centre complained that they had spent more than 14 days in quarantine without being tested. In other places, those in quarantine were sharing buckets and crowded bath facilities, not observing social distancing during meals and had not been tested.

Covid-19 cases in Zimbabwe surpassed the 1,000 mark on 13 July after 49 people tested positive, bringing the total to 1,034. On 16 July, confirmed cases rose to 1,362 after 273 new infections, of which 260 were local transmissions. The virus had claimed three lives, bringing the death toll to 23. It is, however, likely that the true extent of the Covid-19 problem is unknown, because of limited testing. By 16 July, only 97,508 people had been tested countrywide.

Zimbabweans fear the worst, given a sharp rise in local transmissions, which are not being effectively traced. Worryingly, some cases are only detected during routine post-mortems. With an ineffective government, decayed public health infrastructure and weak public transport system, Zimbabwe’s pandemic is likely to spiral out of control. 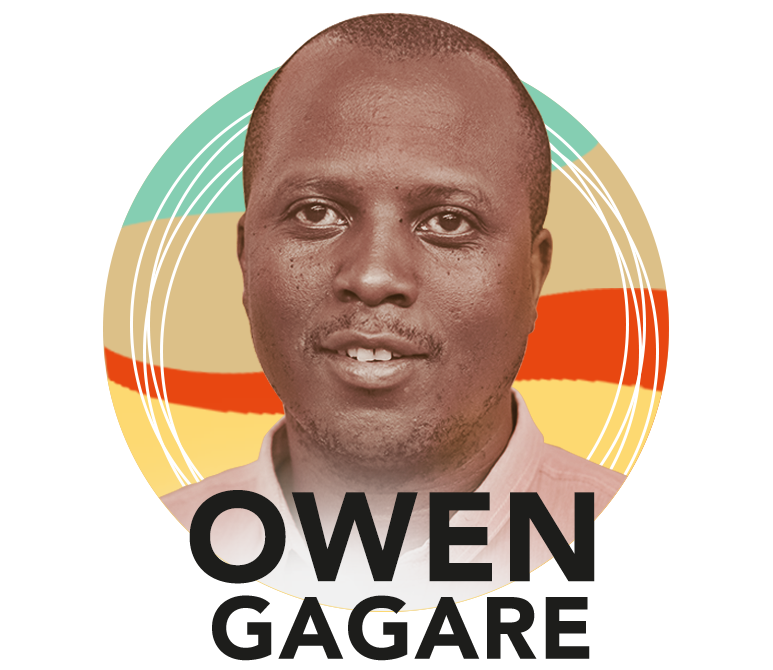 Owen Gagare is the assistant editor of the Zimbabwe Independent, a weekly newspaper, covering business, politics and investigative stories. He has previously worked for NewsDay and the Chronicle. Owen has also written for the Mail and Guardian and has a passion for investigative and in-depth stories as well as human rights and governance issues. He is based in Harare, Zimbabwe.