Tanzania is credited for having been at the forefront in embracing Africa’s Open Data initiatives about nine years ago, aimed at promoting the public use of data to spur economic growth and hold government officials to account. 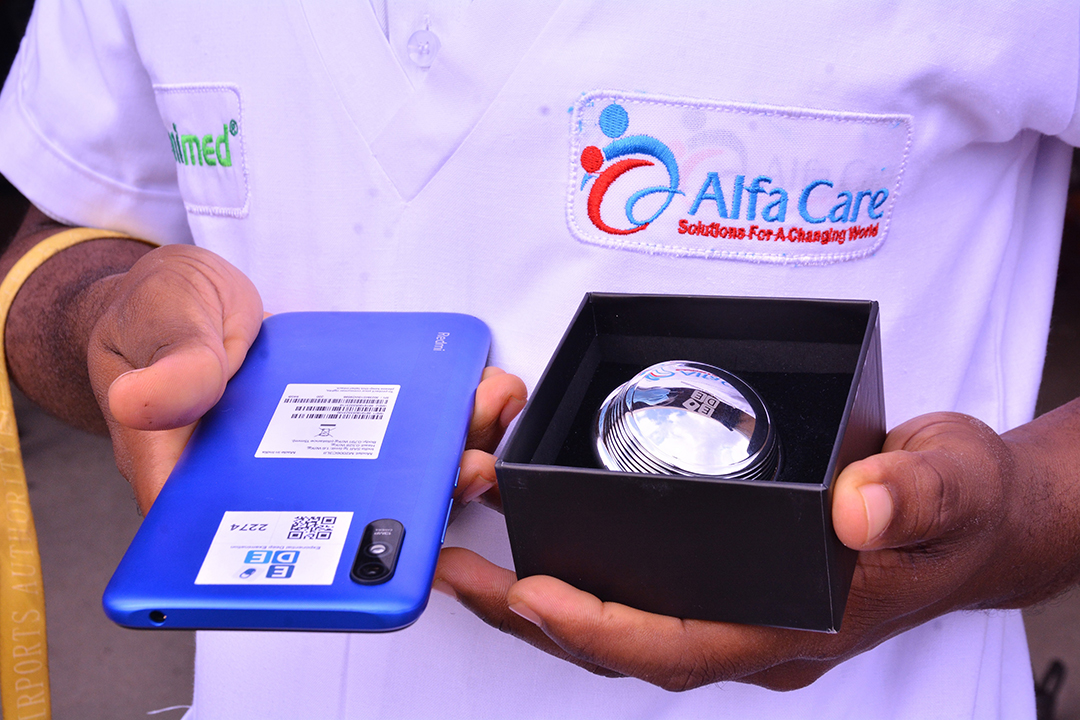 The World Bank noted in a statement in September 2015, “Tanzania was the first African country to apply the new Open Data Readiness Assessment methodology in June 2013 and since then other African countries, including Nigeria, South Africa, Uganda, Kenya, Rwanda, Ghana, Burkina Faso, Sierra Leone, Senegal, Morocco, Egypt, Tunisia, and Ethiopia, have also embarked upon their own open data initiatives.”

At that stage Tanzania, under then President Jakaya Kikwete, reached major milestones in open data governance. South Africa, Nigeria, Ghana and other countries on the continent followed suit, showing their readiness to commit to principles of official data and openness.

But over time, the momentum towards achieving data openness in Africa hasn’t been sustained—and by 2018, no country on the continent was “a stand-out performer” or champion for the open data cause, according to the United Nation’s Africa Data Revolution Report 2018. 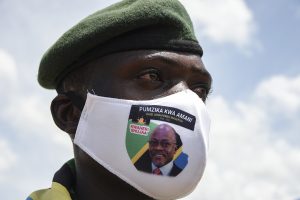 A boy scout wears a face mask with the picture of late Tanzanian President John Magufuli during his funeral at Magufuli Stadium in Chato, Tanzania, on 25 March 2021. Photo: AFP

The emergence of the Covid-19 pandemic has further exposed gaps in data openness in Africa, with Tanzania—once on the frontline to support open data—ironically attracting global attention for hiding Covid-19 statistics, and denying its citizens access to key information during the public health crisis.

Tanzania’s then president, John Magufuli, who later died on 17 March 2021, reportedly of heart disease, had declared the country Covid-19 free without data evidence and halted the release of case numbers and deaths, saying the public release of data “was fuelling public panic”.

For more than a year (from May 2020 to June, 2021), researchers and journalists were restricted from studying and reporting the pandemic and collecting data, a move that had the international community, the media and civil society organisations clamouring for transparency in handling Covid-19.

“During that time, it was difficult to give our audiences consistency in the stories we produced without real data,’’ said Nuzlack Dausen, a Tanzanian data journalist and chief executive officer of Nukta Africa, a digital media and technology company based in Dar es Salaam.

Magufuli’s successor, Samia Suluhu Hassan, was sworn in as president in March 2021 and three months later, in a sharp turn from her predecessor’s approach, she lifted the veil of secrecy that had surrounded the country’s Covid-19 statistics.

The reversal of the government’s decision, and its acceptance of the pandemic and resumption of data collection, should pave the way for future strengthening of data-driven decisions in managing public health crises and overall development planning, according to Dausen.

“Going forward, our decision makers need to ensure consistency in producing and releasing data on all aspects of development,’’ he said. “There has been a situation where one day you could [be provided with] data aggregated by gender and geographical location and tomorrow not.’’ 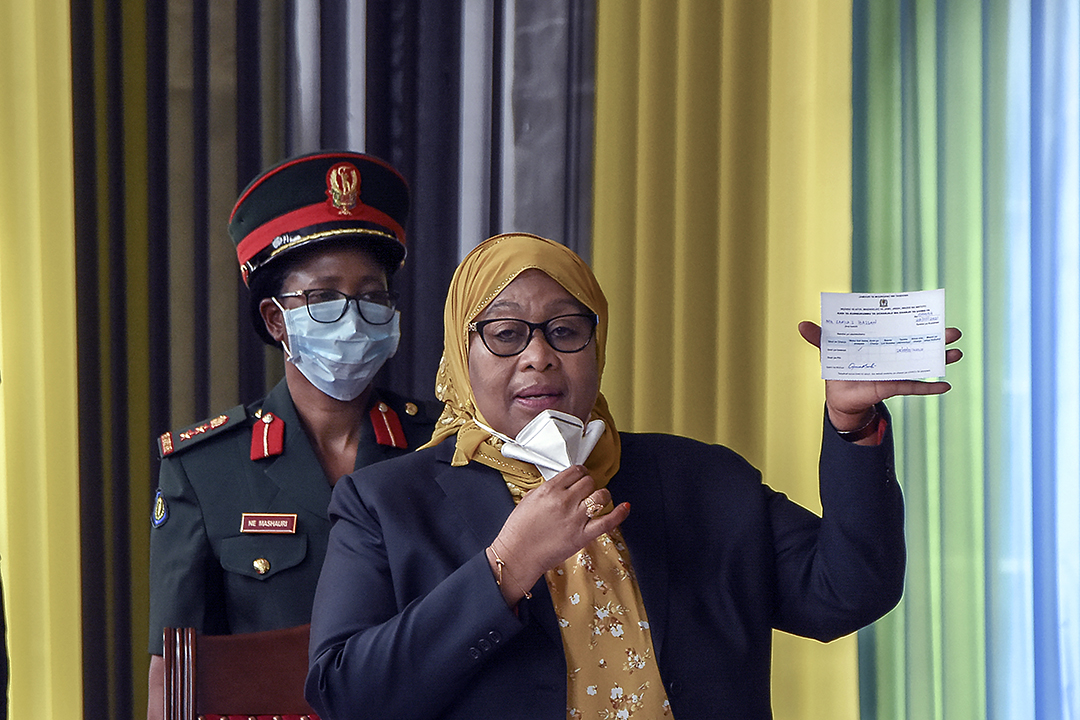 Tanzania’s President Samia Suluhu Hassan shows her vaccination certificate on 28 July 2021, during a mass vaccination campaign against Covid-19. Tanzania was one of the last countries in the world to start inoculating its people against the disease. Photo: AFP

But Tanzania’s commitment to open data and data-driven governance still faces ups and downs because “open data initiatives are not institutionalised” and their progress is subject to regime changes, according to Mahadia Tunga, the Director of Data Science, Research and Capacity Development at Tanzania Data Lab (dLab).

“Open data in Tanzania and generally in Africa is not something that is in a framework, so it comes as a will of a certain regime or certain leadership. And that’s a problem,” she says, as someone who, over the years, has witnessed the rise, fall and rise again of open data initiatives in the country.

“We don’t have a policy governing open data,’’ she says, explaining why open data projects fail because of the change of regimes and government priorities. “There were initiatives that went to draft stage but they never made it into actual policy. That was at the transitioning of regimes, and that’s another problem,’’ she told Africa in Fact.

A typical scenario is when Tanzania held its general election in 2015, ushering in a new government, with President Magufuli taking power. Two years after assuming power, the Magufuli-led administration in 2017 pulled out of the Open Government Partnership (OGP), a multilateral initiative to get governments working with civil society to create action plans with concrete reforms, throwing into doubt the legacy the country had championed over the years.  The reason for the government’s withdrawal from OGP was, “We believe that our membership to different initiatives with similar objectives will hinder our participation”, as stated in the letter (Ref No: CLB 128/244/01/82) from Tanzania to the OGP.

However, the decision to pull out of the OGP preceded yet another manoeuvre to criminalise unofficial data in 2018, when the government amended its Statistics Act of 2015, making it a crime for anyone to publish statistics without the approval of the National Bureau of Statistics (NBS).  The move stirred international uproar, with the World Bank saying it was “deeply concerned” that these amendments “could have serious impacts on the generation and use of official and non-official statistics”.

Parliament went back to the drawing board, changing the controversial amendments but two years later came the country’s refusal to disclose Covid-19 data.

As the hangover from Covid-19 data secrecy and pandemic denial wanes, people at the heart of data usage, including the advocates of data privacy, economists, and public health scientists, are calling for data-driven decision making in Tanzania, with a focus on the end users.

Dr Hildebrand Shayo, a senior lecturer (economics) from the Open University of Tanzania, says policymakers are keen on using data to make decisions on development plans, but obtaining actual data at a grassroots level in the country remains a challenge.

“There is a pressing need to improve our data collection systems so that demographics about people, their households and characteristics are well captured. There is a lot of uncollected data from our populations in villages that’s important for decision making,” he said.

The digital age has come with more advanced systems for capturing and using data, which businesses and policymakers should leverage, points out Castory Munishi, a pharmacist and co-founder of Pharmlinks, an e-commerce platform for connecting importers, wholesalers and retailers of pharmaceutical products.

“Data utilisation for products traded in the country, such as pharmaceuticals, is largely done using manual systems; even the electronic systems commonly used are outdated,” he noted.

Meanwhile, Maxence Melo, the chief executive officer of JamiiForums, a popular whistleblowing platform in eastern and central Africa, is pioneering a model law for personal data protection and privacy, which he thinks could guide the government as it contemplates coming up with a Data Protection Act. Melo has been among the stakeholders pushing for the enactment of the law, prompting a government announcement about plans late last year.

“For a long time, there has been no law guiding the collection of personal data and ensuring that personal data is safe in Tanzania,” he said. “As technology advances, people are becoming increasingly insecure online.” 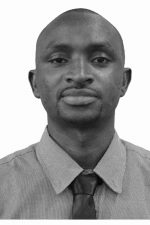 Syriacus Buguzi is a science journalist who is passionate about raising the
profile of Tanzania’s scientific research output and innovation through mass
media. He is a medical doctor (MD), who undertook post-graduate studies in mass Communication at the University of Dar es Salaam (UDSM) and is currently pursuing a Masters in Science Communication at the University of Sheffield in the United Kingdom. 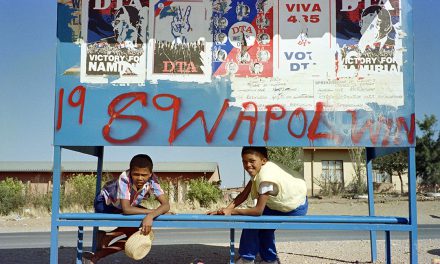 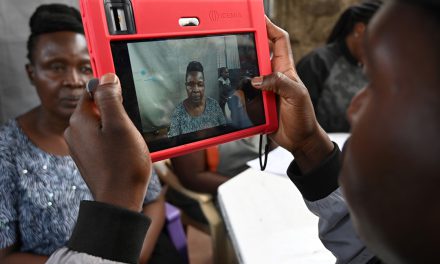 Policymaking without data – a rudderless ship 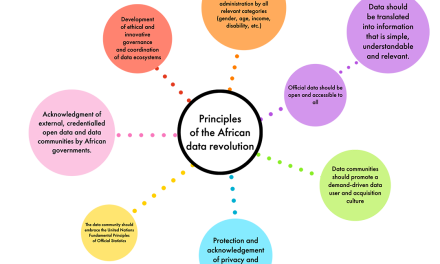 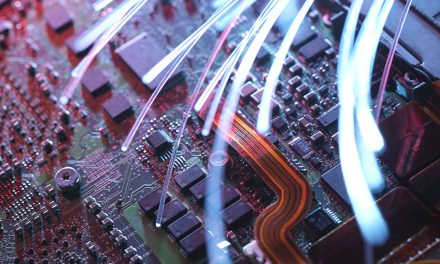