Terror and violence are increasingly working together, and Africa will need a coordinated response to combat them

During the Cold War era, terrorist groups could depend on state sponsorship because their objectives were frequently defined by Cold War ideology—for example, anti-colonialism and anti-imperialism. Following the end of the Cold War, however, they could no longer rely on the rivalry between superpowers, the US and the USSR, as leverage for obtaining funds for their operations. And needing funds, they soon found that criminal activities were an efficient means of acquiring them. This was paralleled by a similar development among criminal organisations. An example is “narco-terrorism”, which first emerged in the 1980s. It was then that criminal organisations resorted to terrorist tactics to support drug operations and used drug-trade profits to finance terrorism. A prime example was the Columbian Medellin Cartel, whose members resorted to violence against government and civilians that included public bombings and assassinations.

Since then interactions between terrorist groups and organised crime networks have grown deeper and more intricate, to the extent that both entities have adopted each other’s organisational and operational characteristics. Mirroring developments in the mainstream economy, they have also increasingly adopted a transnational approach to their operations. This process is often referred to as the “crime-terror continuum”—in which both cross-border terrorism and organised crime are intertwined. Activities that generate income for these groups include kidnapping for ransom, illegal trafficking of weapons, drugs, narcotics and human beings, “taxation” and extortion, commerce, trade and contraband and diaspora support. Their involvement in such activities often leads them to exploit loopholes in state legal systems. Often, too, they can extend their reach by setting up operations in countries with ineffective or corrupted law enforcement. They also launder money in countries with bank secrecy or few effective controls.

Currently, the crime-terror continuum encompasses groups such as the Taliban, Al Qaeda, the Islamic State of Iraq and the Levant (ISIL), Al- Qaeda in the Islamic Maghreb (AQIM), and al-Shabaab. To understand the continuum, it is important to examine the context that provides the kind of environment in which it can emerge. In the first place, groups that are involved in both terrorism and organised crime rely on situations of chaos and protracted conflicts. Where there is instability and prolonged conflict, government control is weakened, becomes fragmented, and in the most extreme cases, is non-existent. Inevitably, such situations allow corrupt public officials to flourish and undermine law enforcement and border security, amongst other consequences. Countries such as Afghanistan, Pakistan, Somalia and Mali are often described as weak or failing states and exemplify such a situation. In particular, the outbreak of the conflict in Mali in 2012 provided a perfect opportunity for AQIM, a splinter group from an Algerian extremist Islamist organisation, to expand its illicit network.

The conflict resulted in a substantial erosion of state institutions and created a context in which officials, security personnel and business people found it profitable to collude in contraband trafficking. The country became a theatre of operations for AQIM to increase its kidnapping for ransom and smuggling network. Between 2008 and 2012, the group is estimated to have received ransom fees amounting to between $40 and $65 million, with the price per hostage ranging between $1.5 and $4 million. Some estimates of the takings involved are even higher. The 2013 the Economic Community of West African States (ECOWAS) Peace and Security Report puts AQIM’s annual earnings from kidnapping for ransom at around $163 million. Another source of income for AQIM is illegal drug trafficking and contraband smuggling. In addition to providing protection to drug and illicit contraband traffickers, the group also exacts a levy from the smugglers who operate within its region of control. A former leader of AQIM, Mohtar Belmokhtar, became a sort of talisman of cigarette smuggling, his financial success in such operations in the Sahel led to his being dubbed “Marlboro Man”.

According to the UN Office on Drugs and Crime (UNODC), Africans consume around 400 billion cigarettes a year, about 60 billion of them bought on the black market. The total value of the illicit tobacco trade in North Africa is thought to exceed $1 billion. Transnational organised crime gets most of its income from illicit drugs: at some 20% (17%-25%) of all crime proceeds, this is equivalent to between 0.6% and 0.9% of global GDP according a 2013 UNODC report. The UNODC also reported that in Africa, the East African local market is estimated to consume at least 2.5 tons of pure heroin per year, at the total estimated value of $160. Eastern Africa is a known transit area for heroin destined for South Africa and west Africa. Money obtained through narcotics and other forms of smuggling contributes towards buying weapons for the group. One of the primary reasons that terrorists engage in counterfeit trade is because it has a low risk profile.

In a similar vein, al-Shabaab, a jihadist extremist group active in east Africa, is also involved in illegal activities that include the “taxation” of trade and other forms of business occurring in, or passing through, its areas of control in Somalia. In controlling the strategically important southern port town of Kismayo, the group was able to facilitate its illicit trade in charcoal, for instance. In 2011, the UN estimated al-Shabaab’s annual revenue from the charcoal trade to be in the region of $25 million. The group eventually lost control of Kismayo in September 2012 and moved to control the southern Kenyan border region, the site of a significant flow of smuggled goods. Other forms of income for the group involved the “taxation” of businesses and farmers within its territory. This included “taxing” workers in the sugarcane plantations in Jowhar, located in the Middle Shabelle region of Somalia, generating between $400,000 to $800,000 per annum in revenue, according to the UN. According to a senior Somali intelligence official, al-Shabaab raised about $9.5 million from taxes on farms in the Jubba valley in south Somalia.

Al-Shabaab has also received funding from sympathisers and donors based in other countries, including in the US. Among them is a Qatari-based donor named Umayr Al-Nu’aymi, designated a terrorist financier by both the UN and US. He is alleged to have transferred funding amounting to $250,000 to al-Shabaab in support of its jihadi cause. In 2014, the African Union Peace and Security Council Report acknowledged that the link between transnational terrorism and organised crime had become increasing apparent in Africa. The existence of the crime terror nexus was a threat to peace and security in the continent, it said. Governments now facing the crime-terror threat have two main problems. Firstly, the legal frameworks that they have in place to deal with the scourge are inadequate. Secondly, many states differ in their approaches to dealing with groups involved in this continuum. In one state a group might be classified as a terrorist entity, while in another state the same group might be described as a criminal organisation.

This dilemma is exemplified by the situation in Algeria and the Sahelian states. The Algerian government classifies AQIM as a new type of terrorist organisation driven by extremist ideology, but the Sahelian states stress the criminal nature of the group, with its heavy engagement in drug and arms trafficking, as its most dangerous aspect. Both agree that it is a regional threat, but their failure to formulate an adequate definition of the threat has resulted in a fragmented response in dealing with it. Realising the threat and danger of the crime-terror nexus, the UN passed resolution 2195 on the December 14th 2014, which warns states of the increasing danger of terrorist groups who use cross-border criminal activities as a means to fund their activities. The resolution does not delve into the motivations and functioning of groups such as AQIM and al-Shabaab, but it argues that states should be assisted in their implementation of legal frameworks that are capable of dealing with people involved in terrorist and organised criminal activities.

Another approach to combatting the crime-terror threat is to establish a joint-task force at national and regional level that investigates the convergence of organised crime organisations and terrorist entities. Such a task force monitors and evaluates movement of these groups and trends in their activities, providing feedback on that basis to the member-states. An agreement among African states to establish the African Mechanism for Police Cooperation (AFRIPOL), the first continent-wide effort to address the threat of organised crime on the continent, is a first step towards achieving such a joint task force. AFRIPOL’s main objective is to promote the coordination of African countries’ police activities at strategic, operational and tactical levels in addressing terrorism and organised transnational crime. Its headquarters were opened in Algiers in December 2015.

The private sector could also become a pivotal partner in combatting the crime-terror nexus. The financial services industry, for example, can help to identify and report cases of fraud, money laundering and other illegal financial activities. In South Africa, for example, there exists a statutory framework to combat money laundering and suppress the financing of terrorism; it includes the Financial Intelligence Centre Act, 38 of 2001 (“FICA”) and the Prevention of Organised Crime Act, 121 of 1998 (“POCA”). POCA defines money-laundering offences in a general way while FICA outlines the details of institutions’ obligations regarding money laundering. For instance, all accountable institutions have four control obligations regarding money laundering: 1) a duty to identify and verify clients; 2) a duty to keep records of business relationships and transactions; 3) a duty to maintain reporting procedures that allow access to information to designated authorities; and 4) a duty to adopt the compliance measures required of accountable institutions.

Additionally, financial experts could work with governments to identify lacunae in Africa’s financial systems that criminal/terrorist groups exploit, and thus help to formulate appropriate laws and policies to address these challenges. It is certainly the case that greater cooperation between African law enforcement organisations that deal with organised crime and counter-terrorism institutions on a local, national, regional and international level is needed. Groups such as AQIM and al-Shabaab cannot be effectively countered by military means alone. A broader approach is required if Africa is to effectively combat the increasing interpenetration of extremism, terrorism, and organised criminality around the continent. Until this happens, these groups, and others, will continue to find that terror and crime can be combined to form mutually beneficial, profitable business ventures. 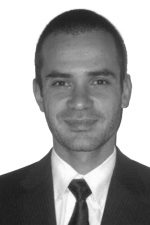 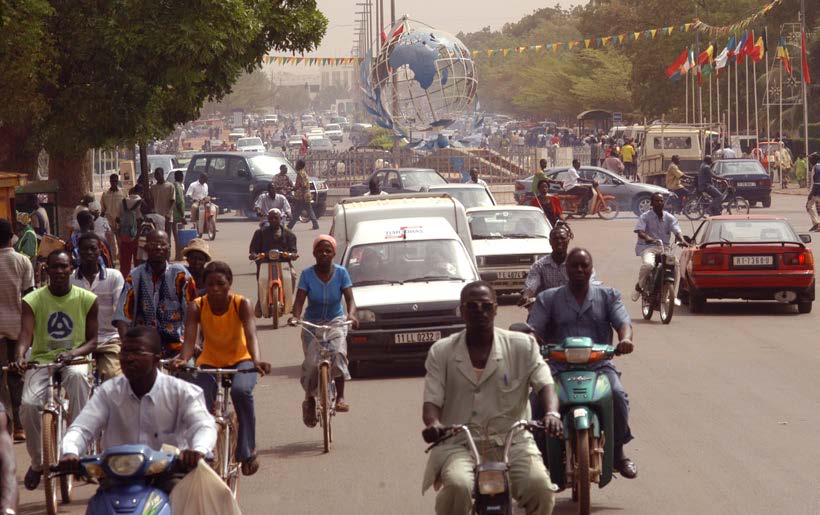