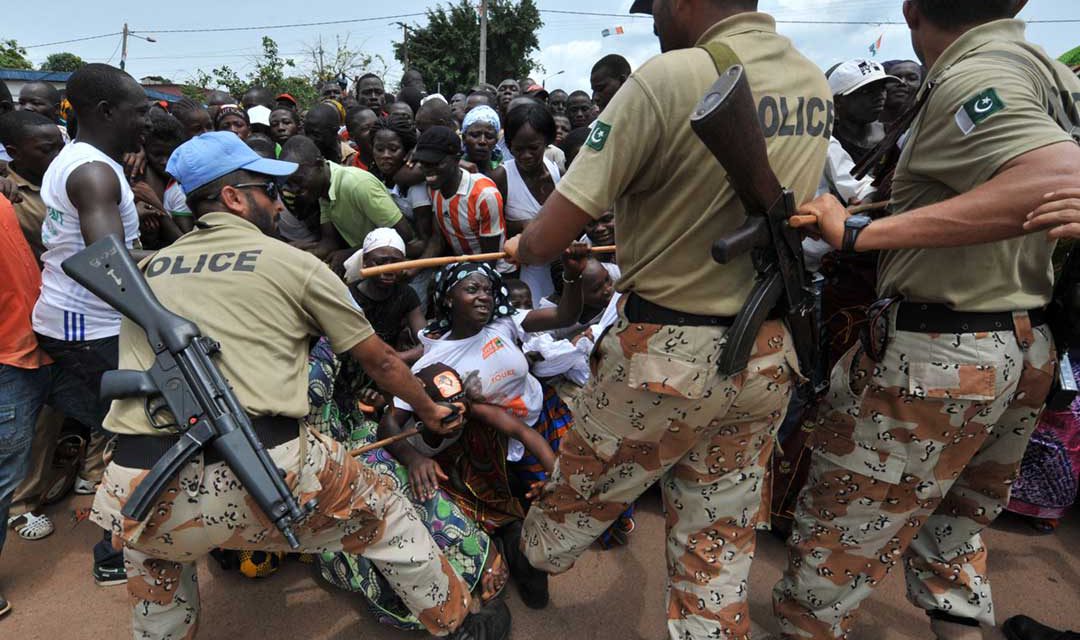 Elections should bring peace, not war. But for the past 15 years, whenever voters in Côte d’Ivoire went to the polls, ballots turned to bullets. After the 2010 election sparked the latest civil war, tensions remained, leaving the victors scrambling to forge a new order built on justice and reconciliation. In the wake of violence, a new political order had to be built slowly, piece by piece, in courthouses and in prisons, by judges and by jailers. In the context of shaky post-election justice and reconciliation, Ivoirians re-elected President Alassane Ouattara to a second term on October 25, 2015. The October vote was peaceful and it was the first since the 2010-11 civil war, which left 3,000 people dead after post-election fighting. The war began after contradictory announcements on the election outcome. The electoral commission declared Mr Ouattara the victor. At the same time, the Constitutional Council — stacked with allies of the ruling regime — proclaimed victory for the incumbent, Laurent Gbagbo. The international community sided with the electoral commission, asserting that the outcome was clearly in Mr Ouattara’s favour. These conflicting announcements sparked violence, as pro-Ouattara and pro-Gbagbo militias battled intensely for control of the government. 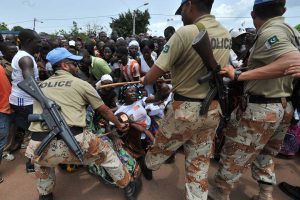 Soldiers from United Nations Operation in Côte d’Ivoire (UNOCI) push back the crowd before the arrival of Ivory Coast’s President in Duekoue on April 23, 2012. President Alassane Ouattara vowed today that all those behind killings during Ivory Coast’s post-poll crisis would be brought to justice and urged “true reconciliation.” Addressing thousands on his first visit to western Duekoue, a town that suffered the worst killings and has come to symbolise the conflict, he said: “I want to stress to you my desire to put an end to impunity. All the murderers will be punished.” AFP PHOTO/SIA KAMBOU

The fighting raged for months, with thousands of casualties. The conflict ended in mid-April 2011 when French and United Nations forces intervened and tipped the scales. Mr Ouattara was inaugurated soon after. Mr Gbagbo was arrested in April 2011 and transferred to the custody of the International Criminal Court (ICC) in November of that year to face multiple counts of crimes against humanity. At the time of going to print his trial was set to begin on November 10th 2015. The wounds of post-election violence heal slowly, leaving deep scars on a nation’s body politic. As Africa in Fact reported in December 2014, Mr Ggagbo’s supporters are critical of the “two-tier justice” being meted out, “in which the spoils belong to the victor and his allies”. Many of Mr Gbagbo’s partisans still contend his defeat was unjust and blame French imperialism for meddling in their nation’s politics. But they are now focusing their attention and scorn on Mr Ouattara, who they say is only instituting “victor’s justice”. Since losing power in 2011, Mr Gbagbo’s party — the Front Populaire Ivoirien (FPI)—has set its sights on retaking the presidency in the October 2015 election.

To do so they would need to defeat Mr Ouattara, and the formidable political machine of his party, Rassamblement des Républicains (RDR). (In this election, the RDR ran under a different acronym to signify its alliance with another party, the Parti Démocratique de la Côte d’Ivoire – Rassemblement Démocratique Africain, and is officially known as the Rassemblement des houphouétistes pour la démocratie et la paix.) Even with Mr Gbagbo out of the picture and in custody in The Hague, the major players were nonetheless the FPI and the RDR. But even before the ballots were printed, the FPI’s electoral hopes were largely dashed. The candidates, leaders, and key players who comprised the top echelons of Mr Gbagbo’s former political machine did not campaign. Instead, they languished in courtrooms and prisons in Côte d’Ivoire or in The Hague, alongside their figurehead. Though strong evidence shows that both sides in the conflict committed war crimes, critics have put the burden of blame on Mr Gbagbo and his entourage. Charles Blé Goudé, a top ally of Mr Gbagbo, is also in The Hague, awaiting trial at the ICC for crimes against humanity for his alleged part in the 2010-11 post-election violence.

On March 10, 2015, a court in Côte d’Ivoire convicted Mr Gbagbo’s wife, Simone, for her role in the conflict and sentenced her to 20 years in prison. (The ICC issued an arrest warrant for her in February 2012, on four counts of crimes against humanity, and is still clamouring to prosecute her.) Aboudrahamane Sangaré, the former vice-president of Mr Gbagbo’s FPI, was sentenced to five years in prison, as was Mr Gbagbo’s son, Michel. These figures would have formed the top tier of the FPI’s 2015 presidential hopefuls — but they were behind bars instead. As a result, the FPI splintered into factions, thereby reducing their electoral chances against Mr Ouattara. Pascal Affi N’Guessan, a more moderate member of the old Gbagbo guard, headed the FPI electoral list. His presence as the FPI’s candidate showcased the perils and political rewards that post-conflict justice afforded Mr Ouattara’s administration. Mr N’Guessan was arrested in April 2011, and later sentenced to two years in prison for disturbing the peace, but he was soon released. His sentence was comparatively short, compared to other Gbagbo hardliners who are still in jail.

Some suggest that the Ouattara regime intervened to lessen Mr N’Guessan’s punishment so as to ensure that a moderate would represent the FPI in the 2015 contest. The FPI thought Mr N’Guessan would be willing to negotiate with Mr Ouattara. Others consider him a sell out and traitor to the cause. For Mr Ouattara, however, his candidacy was either a stroke of luck or cynical political genius. Whether those accusations were correct or not, without Mr Gbagbo’s incarceration, Mr N’Guessan would not have participated in the election because Mr Gbagbo would have been the party’s presidential candidate. This furthered Mr Ouattara’s electoral prospects in three ways. First, Mr N’Guessan lacked the support base that Laurent or Simone Gbagbo enjoy in Côte d’Ivoire. He is a second-tier political figure and therefore was always less likely to win. So long as most of the former Gbagbo heavyweights were in prison, Mr Ouattara’s odds at the polls were better. Second, Mr N’Guessan’s moderate pragmatism, in contrast to the Gbagbo ou rien (“Gbagbo or nothing” in French) hardliners, drove a wedge straight through the FPI’s middle. Some in the party argued that the FPI should boycott the election so long as Mr Gbagbo and other party leaders remained in jail.

Others — like Mr N’Guessan — insisted that the party look forward rather than backward. This wedge likely prompted some FPI supporters to stay home on election day, further enhancing Mr Ouattara’s shot at a second term. Third, Mr Ouattara needed the FPI’s involvement to ensure that the international community saw the election as legitimate and fair. If the FPI, Côte d’Ivoire’s second largest political party, had not participated, it would have been difficult for Mr Ouattara to argue that the elections marked an inclusive and peaceful conclusion to the five-year-old wounds wrought by the 2010-11 civil war. Preliminary turnout figures at the time of going to print suggested that just over half of the eligible voters participated, but that participation rates were much higher in Mr Outtara’s strongholds in the north and much weaker in areas that have historically favoured Mr Gbagbo. That should be sufficient for Mr Outtara to claim an internationally recognised mandate, but will do little to reconcile the nation. The lesson, however, is not about this election or Mr Ouattara’s victory at the polls.

Instead, Côte d’Ivoire’s post-conflict trauma — and the attempt to close those rotting wounds with fresh elections — offers a broader parable for the political nature of justice in the wake of electoral violence or civil wars. Victor’s justice is virtually unavoidable in post-election conflict because any prosecution has, by definition, political consequences. Pardoning Mr Gbagbo and his allies would have had political ramifications as large as the ones that have resulted from aggressive prosecution. Any path the Ouattara regime pursued was riven with political division. With Gbagbo’s trial about to commence, the election could prove the calm before a new political storm. 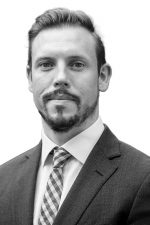 Brian Klaas is a Clarendon scholar at Oxford University. His research focuses on democracy building in Africa through improving elections and preventing violent conflict. He has also worked with Somali-Americans as the policy director for the campaign of Minnesota Governor Mark Dayton. 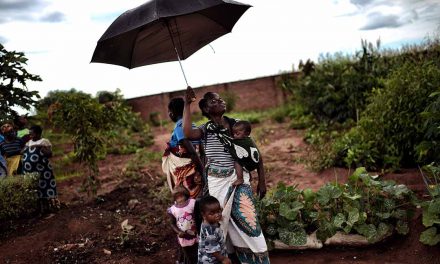 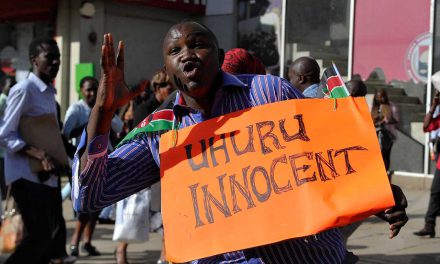 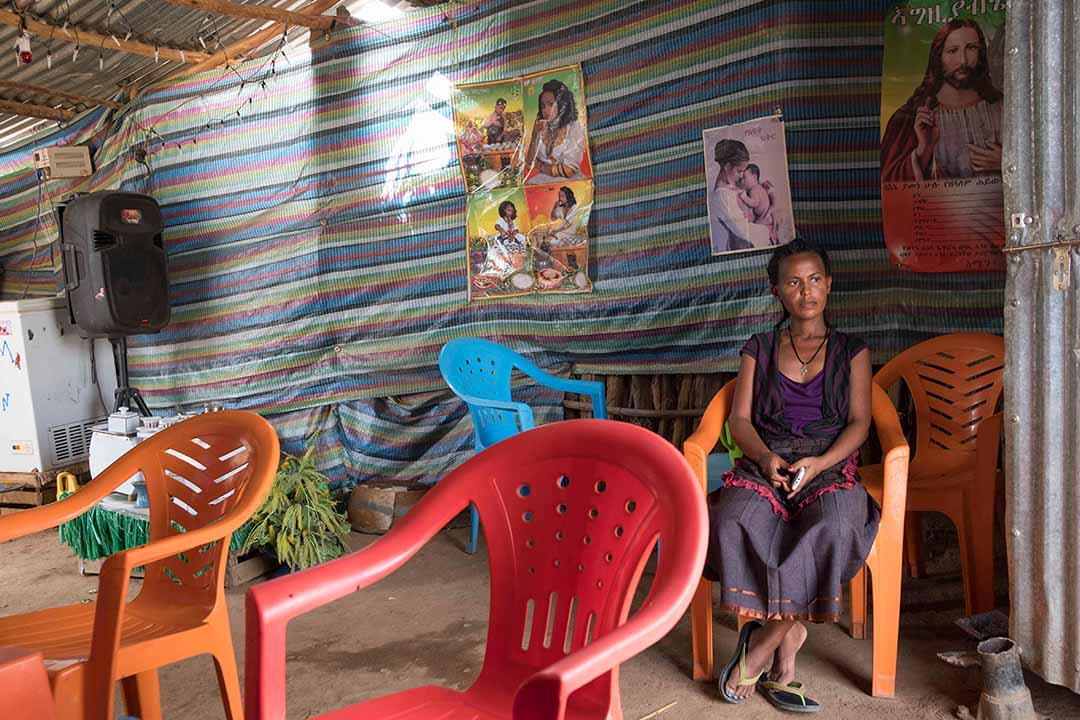