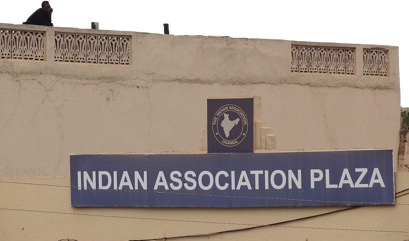 Indians, says 26-year-old Carol Namutosi, aren’t good people. “They don’t talk to you, they shout at you, and some don’t give you food,” says Namutosi, who worked as a housekeeper for an Indian family in Uganda’s capital, Kampala, in 2014. “The brother of my boss touched me like this,” she adds, putting her hands on her buttocks while bending over, pretending to be washing clothes. “I didn’t feel good.”

Namutosi’s account illustrates persistent misgivings among African Ugandans about compatriots of Indian descent, as well as newly arrived Indians. Common complaints about the Bayindi, as they are known, are that they mistreat Africans, refuse to integrate and rule the economy without sharing the fruits. “They are not Ugandans,” says Rose Nakabiito, 35, a cook.

Nakabiito spent two years working in an Indian restaurant in Kampala and another three as a cook for the restaurant’s owner. “I was paid 250,000 Ugandan shillings a month [US$95], but it was not enough,” she says. “I had to stand from morning to evening, making breakfast, lunch, snacks and dinner. Us Ugandans, we don’t like Indians at all, let me say that clear, because they don’t like us.”

To Vali Jamal, 76, this sounds familiar. The retired economist was caught up in the historical event that still casts its shadow over Uganda’s race relations: the expulsion in 1972 of approximately 50,000 Indians and Ugandans of Indian descent by the then president, Idi Amin, for supposedly “milking the cow”, or the economy, and “not feeding the cow to yield more milk”.
Jamal resettled in the US where he completed his Ph.D. at Stanford University in 1976, and then worked for the International Labor Organization.

He returned to Uganda after the rise to power in 1986 of Yoweri Museveni. The former bush fighter invited the Indians back and restored properties to them that had been expropriated by the Amin regime. Today, an estimated 25,000 Indians and Ugandans with Indian roots live in Uganda, according to The Indian Association in Kampala.

A national census in 2014 put Uganda’s total population at 34.6 million.

Jamal says the expulsion of 1972 was, in a way, understandable— deplorable though it was. “With the kind of inequality that existed between the Indians and the Africans, what
did you expect?” he asks. He laments the “arrogance” that Indians used to display. “In 1972, Kampala was an Indian town. We dominated the economy. All cars were ours. There was no question of Indians teaching Ugandans skills. Interactions were on a master-servant basis.”

That inequality was partially rooted in colonialism. The British brought tens of thousands of Indians to East Africa at the end of the 19th century, as labourers on the imperial railway from the Kenyan coast to Kampala. Many stayed, and others arrived to set up businesses. One of them was Jamal’s grandfather who arrived in 1903.

Before Uganda’s independence in 1962 Indians were intermediaries between the colonial administrators and the indigenous people. Ugandans produced coffee and cotton that was processed and marketed by Indians. There was not much reason to mingle, and the British didn’t encourage it, going by their maxim of divide-and- rule. Ugandans were not altogether happy with the situation; in 1946 and 1949—with demands growing for self- determination across Africa—people rioted against the Indians.

There are continuities in this story. The Indians again represent a commanding force in Uganda’s economy. Business conglomerates owned by families such as the
Ruparelias, Madhvanis and Karmalis are active in retail, real estate, manufacturing, banking, lodging and other sectors, and employ thousands of Ugandans. But discontent remains: in 2007, Ugandans protested against a plan to allocate part of a rainforest to a Ugandan Indian- owned sugar company, and an Indian man was stoned to death.

A researcher at the University of Oxford, Gloria Cole, argued in 2013 that anti-Indian sentiments are an expression of frustration with the absence of an economic reintegration policy for the returning Indians after 1986 that took into consideration indigenous development. “Although President Museveni and several prominent Asians argued that this return process would simply reposition Asians as a privileged class … there was little room for any alternative policy decisions,” wrote Cole in an article for the website African Arguments.

In July 2016 Museveni himself accused Indian and Chinese people of unfair competition against Ugandan shopkeepers, mainly referring to relative newcomers. “Retailing should be preserved for the Ugandans,” said Museveni, who still favours foreigners who come as job-creating investors.

A distinction between “established” Indians and newly arrived Indians is also observed by Indian Ugandans with older roots in the country. The Indian Association estimates that 90 percent of Indians in Uganda are newcomers. “There are ignorant people among the newcomers, with prejudices towards Ugandans,” says Jamal.
He thinks that International backers of Museveni’s government, such as the World Bank, saw a quick return of the Indians as an expedient way to restore the economy after years of warfare, Cole explains.

“This return movement, which occurred simultaneously with a huge state divestiture programme, repositioned Asians in the upper classes.” That, in combination with the lack of “any serious wage regulation”, left the Ugandans employed by Indians feeling “exploited”.

“I say to President Museveni: ‘You did miracles, but you have to watch out for the [growing] income inequality.’ Which, by the way, is a worldwide trend,” says Jamal.

Jamal says that the “generation of 1972”, on the other hand, has learned its lesson. “We learned that we have to incorporate Ugandans and be tolerant,” he says.
Sanjiv Patel, 51, also notes a difference in behaviour among Indians from various generations, something he puts down to “the global phenomenon” of third or fourth generation descendants of immigrants being more likely to integrate than new immigrants.

Patel, a businessman and spokesperson for The Indian Association, is third generation in Uganda. He agrees with Museveni that Indian newcomers “should be restricted from taking over everything”. Criticising only newcomers strikes Namutosi, who complained about her former boss, as disingenuous and self-serving. “All Indians are the same,” she insists.
Patel acknowledges that some of the “new” Indians were hired by “old” Indians like himself, and that therefore the groups can’t be viewed separately.

But he says that in Uganda “trust” between people is “generally low”, adding that “you can’t expect me to trust a black man … Even an educated African is still a tribalist.”

Nonetheless, Patel calls Uganda “home” and says he feels “disappointed” when people criticise the Indian community for not trying to be part of Ugandan society. “We spent 4.5 billion shillings [US$1.3 million] on charity this year,” says Patel. “Every year we send ten Ugandan children for heart surgery in India. We run two schools with not one Indian pupil. We donate blood and ambulances. And we contribute 67 percent of taxes.”

Namutosi thinks the Indian community is too close to Museveni who, in February 2016, extended his 30-year presidency after an election that “once again” fell short of “meeting key democratic benchmarks”, according to Commonwealth observers. “The Indians don’t stay in Uganda for free,” says Namutosi. “They give Museveni money.”

Patel is a member of Uganda’s ruling party. “Museveni gave us back our properties after 1986; you can’t disrespect that,” he says. He thinks Museveni should do more against corruption, which he says is increasing.

But, like many Indians, he remains firmly behind Museveni. “I would rather have the devil I know than the devil I don’t know,” he says.

Surjit Bharj, 54, says he is “sure” that some Ugandans don’t consider him Ugandan, though he was born here.

Bharj, who moved to the UK after the expulsion of 1972, returned in the 1990s and runs a hotel, a stone quarry and a carpentry in the town of Jinja.

“Ugandans should still take over the economy, gradually,” he says. “Train Ugandans to replace Indians. Or buy out Indian businesses. I am not saying a Ugandan can’t do what Indians do. But there is nothing coming up that competes. So how can you say that Indians took over your economy? Indians fulfill a need. And they see opportunities.”

Namutosi agrees that Indians are hard-working people. “They are smart,” she says, “I am jealous about how they do business.” But she adds: “They should share more. What Amin did in 1972 was good. We want Uganda to change like Amin changed it.” 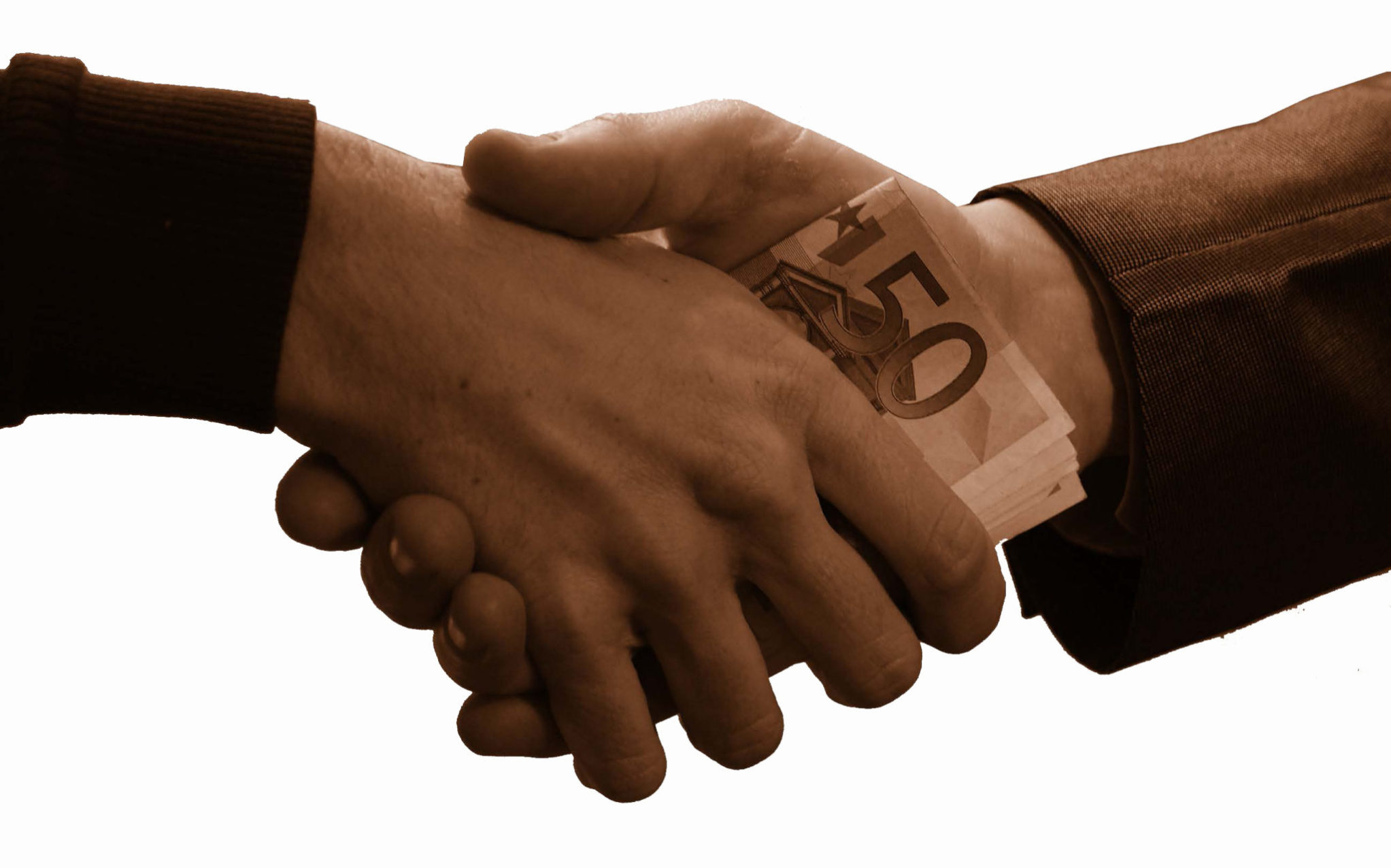