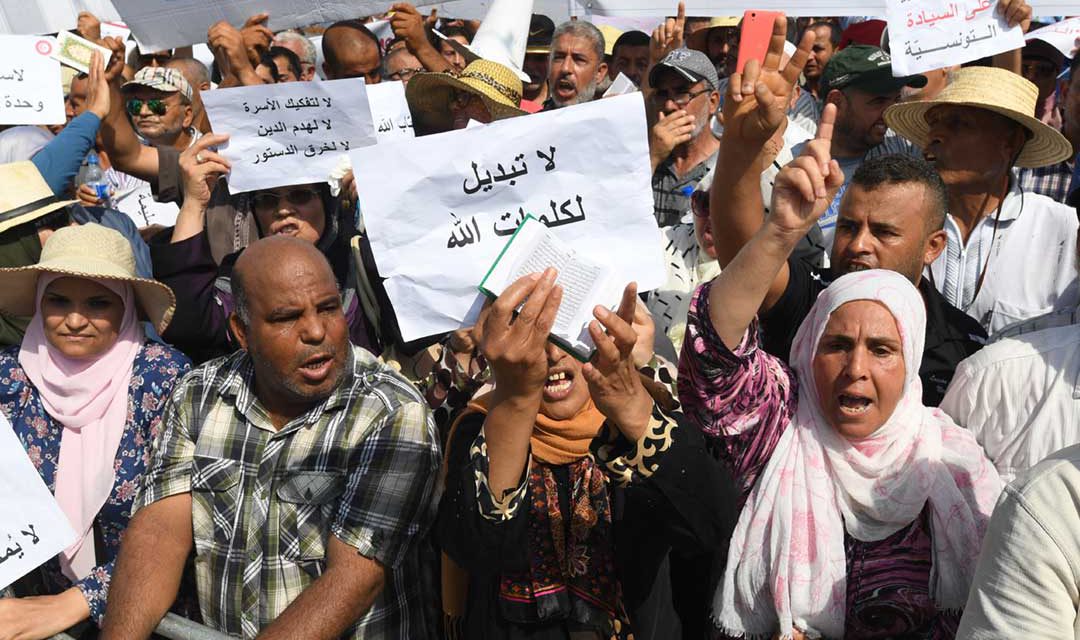 On 13 August 2017, President Beji Caid Essebsi of Tunisia pledged to introduce a Bill that would guarantee equality between men and women in inheritance. “I propose equality in inheritance to become law,” he said in a speech on the occasion of National Women’s Day.

Tunisian progressives had urged the change for some time and the announcement was applauded by women’s rights advocates. It also saw significant international media coverage. If the amendment succeeded, Tunisia would be the first country in the Arab world to institute equal inheritance. The Tunisian successoral system, which is based on Islamic law, provides that a woman receives half of the share a man does from an inheritance, even with the same degree of kinship.

But the Islamist party Ennahdha, which has the largest bloc in parliament (68 seats out of 217), rejected Essebsi’s proposal, jeopardising the chances of the Bill becoming law. (At the time of writing, in October 2018, the Bill had not yet been transferred to the Tunisian parliament.) In a statement published on 26 August, 2018, the Shura Council, Ennahdha’s main governing body, said the move contradicted religious teachings, the Constitution and the personal status code.

The latter, promoted in 1956 by President Habib Bourguiba after Tunisia’s independence, gave Tunisian women unprecedented rights in the Arab world, but it maintained inequality in inheritance matters. The move towards inheritance equality also threatened “the stability of the Tunisian family and the customs of society,” Ennahdha said.

Rejection of the proposal also disappointed members of the party who supported a change in the law. At its 10th congress, in 2016, it had decided to separate its political work from its religious work, and since then its militants have rejected the “Islamist” label, preferring to describe themselves as “Muslim democrats” on the model of European Christian democrats. The party has also recently supported some progressive positions regarding women’s rights, such as a law to combat violence against women in 2017.

“The question of inheritance is particularly sensitive,” Bochra Belhaj Hmida, a member of parliament and a long-time women’s rights activist, told Africa in Fact. “Ennahdha has a conservative electorate.”

In August 2017, Essebsi asked Hmida to chair a committee on individual freedoms and equality (COLIBE), which he charged with making recommendations on bringing Tunisian laws into line with the new Constitution, which was adopted in 2014, in the aftermath of the 2011 revolution that drove President Zine El Abidine Ben Ali out of power after a 24-year dictatorship. The committee published its report in June 2018, and equality in inheritance was one of its recommendations, along with others regarding social reforms, such as the abolition of the death penalty and the decriminalisation of homosexuality.

The inheritance recommendation immediately provoked strong reactions in Tunisia. Feminists and human rights organisations held rallies in support of the COLIBE, while Islamic organisations staged protests against equality in inheritance in several Tunisian towns. “The inheritance system is at the base of patriarchy,” said Hmida, who has faced vitriolic attacks and death threats on social media because of her commitment to equal inheritance. “It is about family. It is about money, power, religion. If we manage to break down the current system, we will be able to break down the patriarchy.”

Yet the COLIBE’s proposal was supported by the president, and designed to placate the conservatives. It includes provisions that would allow families to elect to use the Islamic inheritance rules before a notary, which provoked some debate within Ennahdha. After the release of the committee’s report in July 2018, the party said it was “a starting point for societal dialogue, in line with [Ennahdha]’s steadfast positions in defending public and private freedoms, defending women’s rights, and ensuring equality of rights and duties between women and men.”

The statement appeared to support the Bill, but between that time and the end of August the party’s position changed. “There were discussions between the ‘modernists’, who were not fully opposed to a change, and the conservatives,” Naoufel Jammali, a member of Ennahdha’s political bureau and the chairman of the Parliamentary Commission for Rights and Freedoms, told Africa in Fact. “But the conservative wing inside the party prevailed… Our electorate is mostly conservative, and it is important for us to adopt strong positions on this kind of societal issue.”

Jammali insists Ennahdha does not speak for Islam. “We consider religion as a cultural and civilisational foundation. We are a democratic, republican party above all, and respect the Constitution above all.” The preamble of the 2014 Constitution includes references to the “Islamic identity” of Tunisia and established Islam as the country’s religion, he insists. Article Six establishes that “the state is the guardian of religion”.

On 6 September 2018, after Ennahdha’s refusal to change the inheritance law, Human Rights Watch issued a statement describing the rejection as “a blow to women’s rights in the country”. Amna Guellali, a jurist and Tunisia director at Human Rights Watch, told Africa in Fact that the Constitution established the principles of non-discrimination and equality before the law. “The current law on inheritance is clearly discriminatory,” she said. In reply, Jammali insisted that the proposed law would disrupt families and “upset Tunisian identity and culture”, adding that “most Tunisians” were against this Bill for this reason.

According to the Tunisian think tank Joussour, which conducted a poll on this issue in July 2018, some 90% of respondents said they opposed any change to the current legislation on inheritance. “This a very sensitive issue for everybody. Not only Ennahdha, but also so-called ‘modernist’ or ‘progressive’ parties,” Chokri Bahria, the head of the political department at Joussour told Africa in Fact. “All parties are very embarrassed by this question.”

Presidential and general elections are due at the end of 2019, says Bahria. “All parties are trying to manipulate the issue of inheritance to gain votes. They have to assume clear positions to mobilise their electorate. This is particularly critical for Ennahdha. On the one hand, they are trying to show they are a ‘normal’ party, respectful of the Constitution, (to) improve their image at an international level. On the other hand, they have to deal with their traditional electorate.”

Still, Bahria says, the Bill has some chance of being passed. But this would require a radical change in Ennahdha’s position because an alliance between the other parliamentary blocs would not be sufficient to see it voted into law.

On 25 September 2018, Essebsi announced he had decided to end an alliance with Ennahdha, following disagreements over whether Prime Minister Youssef Chahed, who belongs to opposition party Nidaa Tounes but is now supported by the Islamists, should stay in office. The episode is indicative of the complexity and fluidity of the Tunisian political landscape. Everything will all depend on the political alliances at the time of the elections, says Bahria. 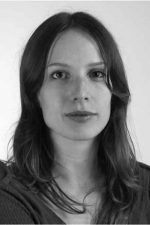 Perrine Massy is a journalist based in Tunisia since 2013. She has worked for several Tunisian media outlets and co-founded inkyfada.com, a Tunisian web magazine. She writes about Tunisia and North Africa for international media outlets, mainly covering social and political issues. She is also a correspondent for the French radios RTL and RFI. 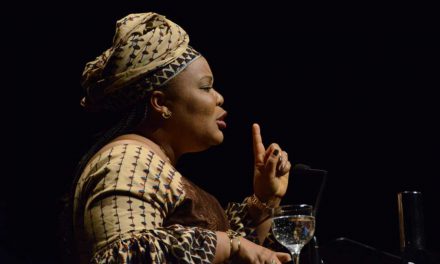 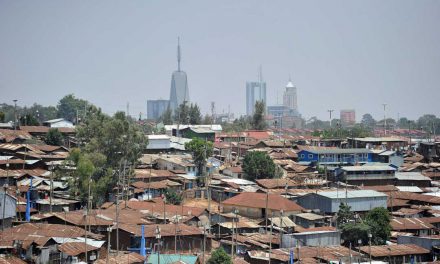 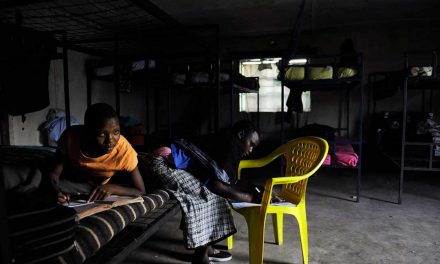