“History is not the soil in which happiness grows. The periods of happiness in it are the blank pages of history.” – Hegel. 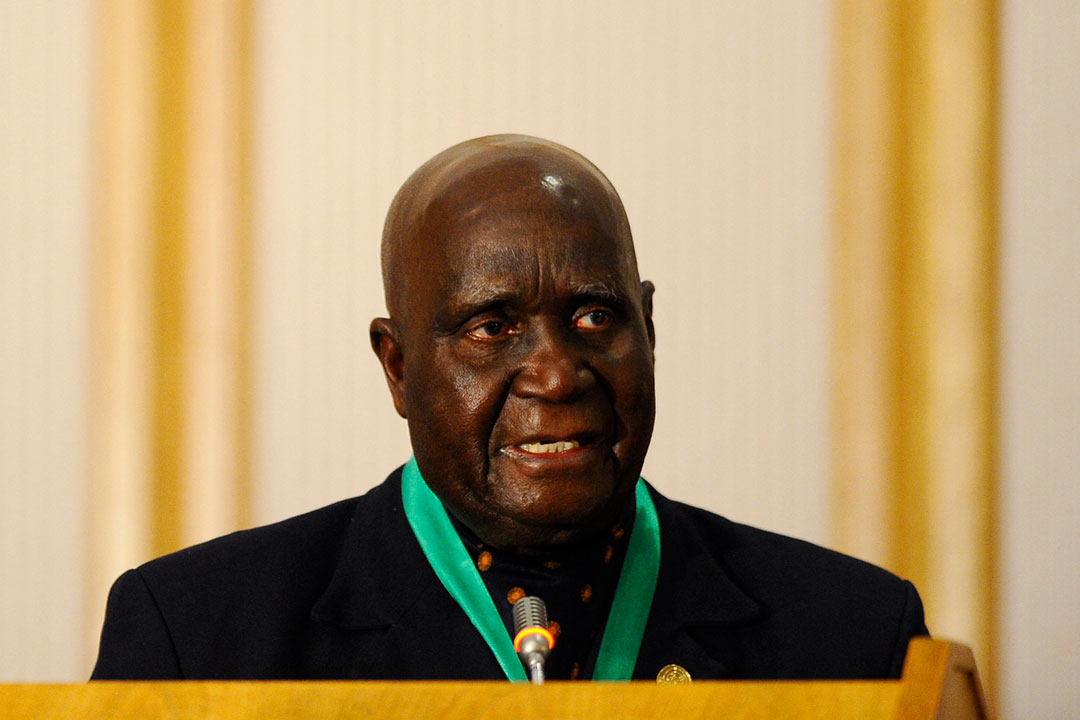 As founding President of an independent Zambia, Kenneth Kaunda was laid to rest on 7 July 2021, many assessments have been made of his legacy. In reviewing his leadership of Zambia, and within the immediate Southern African Democratic Community (SADC) and region, it is essential to consider the present-day socio-economic and political challenges. Several lessons are teachable from his life and leadership on how to resolve some of the present-day growing pains on the path to good governance for the modern African state.

Motivated by the desire to break from the colonial past and forge a national identity, Kaunda’s leadership was marked by a strong belief in the ideal of ‘Zambian humanism’. Officially adopted as the national philosophy in April 1967, this socialist ideology entailed the inclusion of African traditions and was underpinned by Christian faith. It held as primary the belief that “if we love our neighbours as we love ourselves, we will not exploit them but work together with them for the common good”, as noted by Ikechukwu Anthony Kanu in A Study in African Socio-Political Philosophy. These values were important for both nation-building and development. Kaunda’s ideology was informed by his desire to eliminate social classes, gaps between rich and poor, and accordingly have the economy work for the ordinary Zambian. In this he was strongly influenced by Tanzania’s Julius Nyerere’s idea of African socialism, which focused on freedom, unity, equality, respect for human dignity and human rights, transcending tribalism and fostering a national identity.

To understand Kaunda’s domestic policies, relationship with regional actors and outlook beyond the continent, it is important to first acknowledge and comprehend his worldview.

Kaunda and the mines: motivations for nationalisation

Because mining has always played a central role in Zambia’s economy, with copper dominating, Kaunda’s most important policy decisions were orientated around this industry. As a landlocked country with poorer quality copper ore than neighbouring DRC, Zambia was bound to face challenges due to the high transportation costs associated with exporting copper.

Before independence, the Anglo-American Corporation and the Rhodesian Select Trust were in control of the country’s mines. The British South Africa Company (BSAC) administered Northern Rhodesia for the British during the colonial era. The BSAC managed mineral royalties, and the mining companies were shareholders of the BSAC. As a result, mineral royalties paid were not viewed as much of a cost by these mining companies. Post-independence, the new government imposed costly mineral royalties, which partially accounted for reduced investment in the mining industry.

The road towards nationalisation, however, was a multifaceted process, and declining investment levels cannot fully account for it. Policy makers held a firm belief that the mining industry did not benefit black Zambians, but instead served to benefit white employees and shareholders disproportionately. Mining was also responsible for generating negative externalities – the divergence between social costs and private returns. In other words, mining was offloading social costs onto local communities, while company shareholders were reaping returns. These realities were among the foremost justifications for nationalisation. These and other complexities are well articulated by Andrew Sardanis in Zambia, the First 50 Years: Reflections of an Eyewitness.

In turn, the government used the revenues from the nationalised mining sector to advance a national developmental agenda. Informed by Kaunda’s ideology, the state built power stations, housing projects, schools, hospitals, and other forms of infrastructure. Zambia made a significant investment in education. To put this in context, on the eve of independence, Zambia had no universities and less than 1% of the youth had completed primary education. Yet, by 1990, according to the World Bank, Zambia had a total youth literacy rate of 66.31%, no small feat.

Undoubtedly, the nationalisation policy assisted the country in funding several social programmes, increased literacy and addressed infrastructure gaps inherited from the colonial era. Colonial infrastructure had focused on the extraction of raw materials instead of dynamic development. However, these investments in public goods came at the cost of new investment in Zambia’s mining industry, which inevitably led to its decline. A period of economic improvement followed independence between 1964 and 1969. Following a collapse in the copper price in the early 1970s, however, Zambia’s economy stagnated in the 1970s and early 1980s. Following this stagnation, attempts to kickstart the economy in the late 1980s – particularly IMF reforms – failed, which led to prolonged economic decline and insurmountable debt levels. Kaunda led the country for much of this period.  When copper prices crashed, dividends from the mines were no longer sufficient to meet the government’s ambitions to deliver social services and guarantee full employment. This, combined with the lack of investment in infrastructure and stifled innovation due to nationalisation, along with the oil shock of the mid-1970s, precipitated a debt spiral.

Kaunda’s balancing acts and role as a unifier

Kaunda’s policy choices were impacted by what he felt was best for his people under the constraints inherited from colonialism. Against this backdrop, he faced challenging questions of how to navigate the broader global context of a bipolar world order. The Cold War imposed stark choices of alignment for newly independent African countries. In May 1965, Kaunda advocated for China’s admission to the United Nations, and was later assisted by the Chinese with a then-record $500m investment in a railway linking Zambia, a landlocked country, with neighbouring Tanzania. This measure was significant on two fronts: for one, the United States of America had refused to support the project; secondly, the project allowed the country to bypass a then hostile apartheid South Africa and Rhodesia to safeguard its trade routes.

At a regional level, the instability that characterised southern Africa led to both social and economic insecurity. For instance, apartheid South Africa proved particularly destructive. It employed its notorious security and intelligence apparatus in the region, which had a devastating effect on Zambia. The South African government targeted Zambia because Kauda hosted several African liberation movements, not least the African National Congress (ANC) that was trying to topple apartheid. Rhodesia, Zambia’s southern neighbour, had prolonged white rule through its Unilateral Declaration of Independence in 1965. Useful to the apartheid government as a frontier against African nationalism for a time, Rhodesia crumbled into civil war in the 1970s, which led South Africa to target Zambia more intensely during the 1970s.

Kaunda is regarded as one of the continent’s ‘father figures’. True to this characterisation, in 1980, in Lusaka, he hosted the first meeting of regional leaders, which formed the Southern African Development Co-ordination Conference (SADCC), the forerunner to the Southern African Development Community (SADC). He played an integral role in helping countries in the region to attain their own independence. This was demonstrated when providing solidarity and refuge for liberation movements and political exiles from SADC countries, as indicated above. Kaunda provided support to Zimbabwe, particularly ZANU-PF, Namibia’s SWAPO, South Africa’s ANC, Angola’s MPLA and Mozambique’s FRELIMO. These liberation movements are now ruling parties in their countries.

Domestically, Kaunda sought unity within his country with an ideology inspired by Nyerere’s vision of African Socialism. He worried that any form of disunity in a country containing several heterogeneous groups, varying interests and ethnic lines could open the doors for exploitation by the white minority and undermine the regime’s stability. The multiparty elections of 1968 had nearly led to violent attacks based on tribal connections; Kaunda, therefore, came to view the institution of multiparty democracy as dangerous for the survival of his country. In his attempt to unify, he centralised power and silenced dissent. Similarly to nationalisation, this had negative consequences. State forces arrested and imprisoned political rivals and suppressed the press. Criticism was not allowed. Ultimately, the result was that Kaunda lost the 1991 Presidential Election. His opponent, Frederick Chiluba, won 82% of the vote. In a magnanimous display of nation-building, Kaunda agreed to relinquish power peacefully.

Lessons on statecraft for the present and the future

Since then, successive governments have overreacted to high copper prices, leading to instability in both policy and mining tax regimes. The country did, however, benefit from the re-privatisation of its mining industry between 1996 and 2001, and received significant debt relief in 2005 as part of the Highly Indebted Poor Countries (HIPC) programme.

Zambia was unable to capitalise on the earlier relief, and now faces a resurgent debt crisis. It is in negotiations with the International Monetary Fund (IMF) for a bailout. However, there is uncertainty over whether a deal can be reached before next month’s elections. Economic sensibility plays poorly in an election cycle.

Given the challenging circumstances Kaunda faced and the stature of leader that he was, it might be tempting for us to romanticise history and rewrite the narrative. However, Zambia faces several challenges, some of which are the shadow Kaunda’s legacy casts. As voters head for the polls in August, Kaunda’s memory will likely be invoked, to call citizens to look back on the father of the nation and fulfil his vision.

Assessments of Kaunda’s legacy must consider the environment within which he made his choices and the shadow of their consequences. Reckoning with his impressive statecraft will be essential for dealing with the present-day governance challenges. These include the importance of attaining sustainability in the governance of natural resources. The government needs to attract investment for expanded mineral exploration and production in a way that benefits ordinary Zambians. To complement this, a development plan will have to sensibly consider how to optimise beneficiation opportunities. Kaunda’s legacy should also make African countries rethink how they engage with the world, as they navigate the act of balancing various and often competing interests. 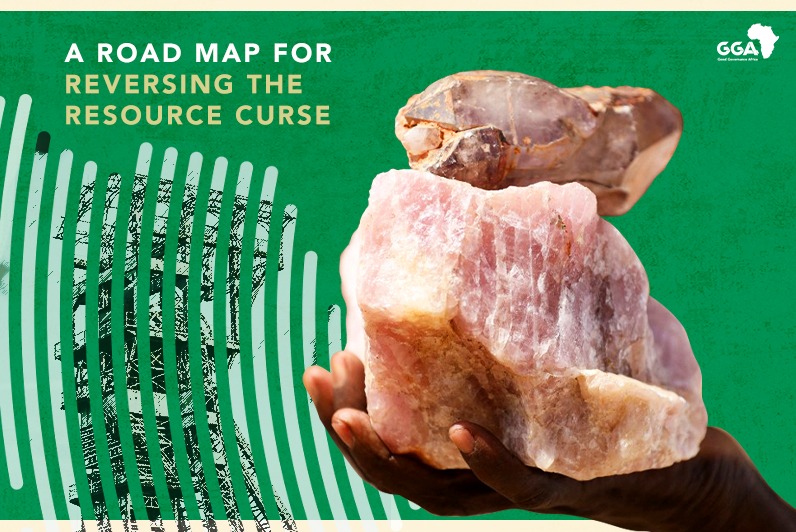 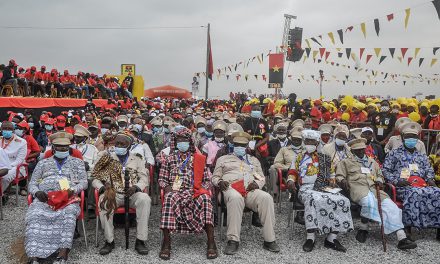 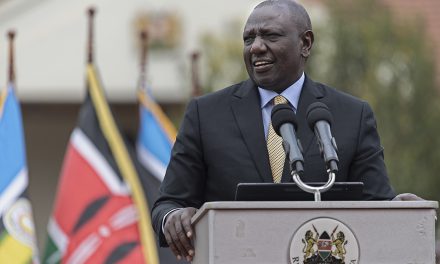