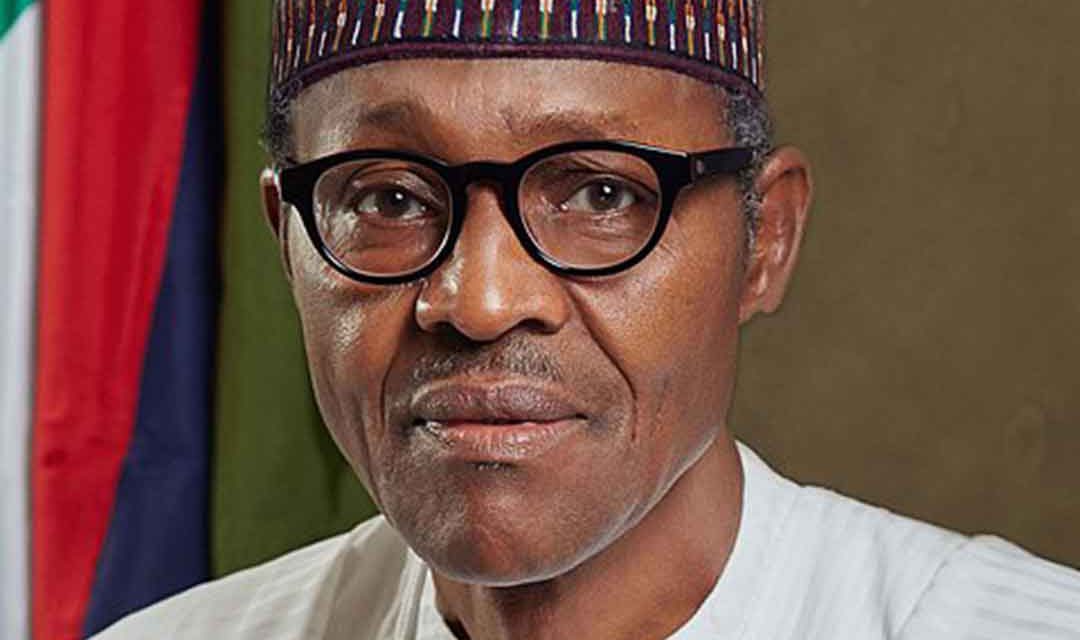 Governments vs business: the trust deficit

Africa is experiencing a surge in economic nationalism, with populist and anti-business rhetoric and sentiment on the rise in a number of countries. The two most obvious exhibits of this are the emergence of “Buharism” in Nigeria and “Magunomics” in Tanzania since 2015. In these countries, heavy-handed, often draconian approaches towards the private sector have been adopted for political purposes. High-profile foreign companies, blamed for exploitative business practices, have been on the receiving end of harsh and disproportionate fines and tax bills.

Elsewhere, the governments of Zambia and the DRC are involved in a long-term acrimonious relationship with the mining sector. In Kenya, the private sector complains  it is being “taxed to death”. It cites the now infamous interest rate cap – which limited the commercial interest rate and made it more difficult for private firms to access credit – as an example of how regulations stifle the private sector. A lack of compliance with opaque government regulations has been used as a stick to beat companies in places like Uganda, Zambia and Niger, while foreign nationals working for multinationals have also been expelled in a host of countries on the continent as governments attempt to localise their economies. And despite recent efforts to reverse this trend, South Africa too, has flirted with “radical economic transformation” in response to claims that “white monopoly capital” still dominates the economy.

Global businesses are looking to invest in high-growth economies, which in some cases would also include several African countries. Yet in all these countries, it is difficult to avoid the conclusion that the antagonism towards the private sector and foreign entities has increased dramatically in recent years. Rather than the highly sought-after “red carpet, not red tape” approach investors crave, businesses have been met with unpredictable and haphazard policies and increasingly onerous regulation. It is all too clear that these actions alienate the private sector and investors and do major long-term damage.

The question is: why do so many of the continent’s influential politicians pursue such an obviously reckless path, and one with a limited economic upside?

First and foremost: it’s political. In simple terms, such actions are designed to derive both financial and political currency. The perception of a strong and charismatic leader taking the fight to an exploitative foreign capitalist lands well with people who may have very little conception of the specific merits of the disputes. By painting foreign entities as an enemy of the people, these leaders tap an emotional chord that galvanises their voter bases and cements their standing as patriotic protectors of the man on the street. This is then leveraged as political popularity – where the image of “corruption buster in chief’ is central to success.

Both John Magufuli and Muhammadu Buhari have enjoyed strong public approval for their efforts to tackle corruption, gaining them a kind of status that none of their political rivals can hope for. So the actual long-term consequences of these actions matter less than the short-term perception that they are sincere and steadfast in their efforts. In the same vein, narrow tax bases, undiversified economic structures and growing fiscal pressures within these economies mean that tackling large and profitable foreign businesses represents an easy means of bolstering depleted foreign reserves and a quick-win way of balancing the books. Governments and regulators are able to alleviate economic pressures through punitive taxes and fines, without having to undertake the difficult and complex reforms that are actually needed to place their economies on a more sustainable long-term growth path.

Then there is the role of ideology. As regards Nigeria and Tanzania, the leaders of both countries lack a strong grasp of economics. Their unorthodox approaches are at odds with modern realities. Their views are guided by a predetermined ideological disposition towards state intervention and a deep distrust of the business community in their countries, rather than rationality or pragmatism.

Buhari’s economic mantra hasn’t changed since the 1980s. Magufuli’s economic agenda is firmly rooted in former president Julius Nyere’s ideological disposition of economic nationalism and political sovereignty – both of these ideas still viewed as the gold standard of good governance in Tanzania. Both leaders have leveraged their pro-poor agendas, common touch and strong-man politics, against a backdrop where socialist movements are gaining traction globally. Moreover, they are finding resonance with a cynical electorate looking for quick-fix solutions.

In Tanzania, President Magufuli has waged an ongoing battle with the private sector, most notably the international mining community. Foreign investors, the World Bank and the opposition have derided his economic policies as an impediment to much-needed foreign investment and, hence, development. But the lexicon of “Magunomics” appears to be resonating with millions of Tanzanians both within and beyond the ranks of the country’s ruling party, Chama Cha Mapinduzi (Party of the Revolution, CCM). Its efficacy in this regard appears rooted in Magufuli’s memorialisation of the nationalistic rhetoric associated with Nyerere.

Similarly, in Nigeria, the (mis)adventures of South African telecoms company MTN have been a prime example of the type of economic nationalism that has come to define Buhari’s tenure. In this case, and more or less out of the blue, the Nigerian state decided to impose massive fines on the company for allegedly evading its regulations. There have been other instances of this hostility towards the private sector, including the likes of DSTV, Krispy Kreme and Zenith Bank. Each case was different, but they all had one thing in common – a conspicuous political subtext.

In both instances, soft but high-profile targets were picked, which was crucial to the effectiveness of the strategy. MTN, for example, was unequivocal that it planned to remain in Nigeria for the long term. The company therefore represents a sitting duck – a lucrative source of revenues for politicians to exploit. MTN is also unlikely to want to resolve the issue, which continues, via a protracted legal battle. Nigerian politicians have quite deliberately sought to make a spectacle of the company and used it to whip up nationalistic and anti-business sentiment. It is an effective tactic to force companies to a negotiation table at which concessions can be extracted.

Similarly, a UK-listed company, Acacia Mining in Tanzania, was recently levied with a tax bill 190 times its annual revenue. The calculus was simple: a protracted stand-off would be more damaging to the company than to the government. Subsequent concessions would represent a symbolic victory for Magufuli’s government, along with a sizeable financial windfall. This kind of scapegoating plays neatly into the new economic nationalist playbook.

So we return to our question: why is this kind of thing happening, when other, and ultimately more profitable, scenarios are possible? Some commentators locate the problem in a general lack of trust. “In Africa, as elsewhere, where there is a breakdown in trust in institutions, everyone gets affected, including business,” said Terence McNamee, Global Fellow at the Wilson Centre, in a recent interview in Johannesburg. “All too often, African governments have not made the hard decisions necessary to restore trust. Instead, they’ve tried to pin the blame for rising popular discontent and frustration on other factors. Business is an easy target. So, too, the big international lending institutions, whose reputation on the continent is not exactly unblemished.”

This view is echoed by Peter Attard Montalto of Intellidex, who has commented on the sometimes sharp policy shifts promoted by leaders in Tanzania, Zambia and Nigeria. He argues that noble intentions are sometimes involved, such as the wish to improve their countries’ ability to extract more value onshore (including local-content deals), receive greater tax revenue and gain from skills transfers. Yet too often the policies that are put in place hobble local businesses, which these governments have a notional desire to help.

At the heart of the problem, argues Kenyan economist Anzetse Were, “is a fundamental disconnect in the way government and business see their roles in growing the economy”. Increasingly, African leaders are warming to the China blueprint and viewing the command economy model as the optimal route to economic success. “This places them at odds with businesses, whose vision for growth requires a very different set of conditions to be successful,” he says. “Both sides view each other as obstructive and this is creating massive friction.”

What is clear is that the status quo is neither healthy nor sustainable. But how then can the current toxic state of affairs be improved? Can the nationalist genie be put back in the bottle? The short answer is that it depends. It’s possible, yes, but it won’t be easy.

Here, the roles of the public and private sectors need to be properly understood. Both African sovereigns and businesses need to accept that it is not simply a case of government versus market, despite the convenience of simplifying complex problems to simple binaries. African governments need to recognise that they cannot solve their countries’ development challenges alone. Without a strong, vibrant and active business community, their administrations cannot sustain the investment and growth of financing required to create jobs. This would require a major recalibration of the current adversarial nature of relations. A more collaborative approach is needed, focused on value creation rather than destruction.

It would be easy to frame the business community as a victim, but much of the backlash is self-inflicted. Global businesses – particularly in the resources sector – don’t have a savoury track record on the continent. Exploitation, non-compliance with tax requirements and poor labour practices are just some of the major failings of multinational enterprises operating in Africa. So when mud is thrown, it sticks. In short, business generally needs a fundamental reset of the way it conducts activities in Africa. Like governments, the private sector also needs to think beyond the short term. The reality is that two-dimensional capitalism will not succeed in Africa.

Societal problems cannot be solved or prevented by the state alone, or by development organisations working on their own. Today, it is widely recognised that unequal societies are unsustainable. This also needs to be understood. Social responsibility needs to be embraced and driven by an intrinsic incentive, rather than external compulsion. Policymakers around the continent must help to build more enabling business environments. Private sector business leaders need to do more to tackle poverty and drive social progress by ensuring that long-term value addition – as well as short-term gain – is built into their business models.

This will require a paradigm shift in current thinking. In the current era of polarisation, however, this will be a hard sell. Yet if the continent is to prosper, all hands need to be on deck. Otherwise, the political payoffs of short-termism will end up doing unquantifiable long-term damage. 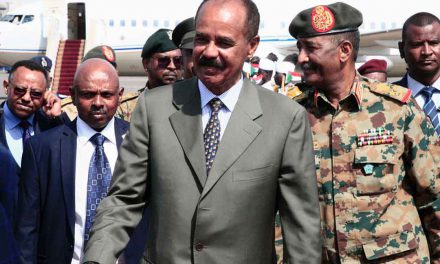