Social performance ripples out to create stable communities and economies

The concept of Environmental, Social and Governance (ESG) performance entails three factors that have historically been overlooked in measuring firms’ impacts. Environmental (E) responsibility speaks to energy usage, carbon footprint and waste management systems. Social (S) responsibility refers to the relationship between firms and labour, and the commitment of firms to human rights, diversity and inclusivity. Lastly, Governance (G) looks at corporate governance in the form of business ethics and the involvement of shareholders in business decisions and commitment to transparency. This is essentially the definition of ESG presented by Goby’s ESG Reporting Matrix, and Social Intelligence’s exploration of ESG frameworks.

ESG reporting has become increasingly mainstream since the concept first took root in the 2000s. Following the launch of the FTSE4Good Index Series, with the objective of UK pension funds considering social, ethical, or environmental (SSE) issues. ESG issues were first mentioned in the 2006 United Nations (UN) Principles for Responsible Investing (PRI) Report. ESG criteria were to be voluntarily incorporated into the financial evaluations of companies to further develop sustainable investing. Additionally, increasing pressure on firms from climate activists and the United Nations Sustainable Development Goals (SDGs) push for more sustainable capitalism. 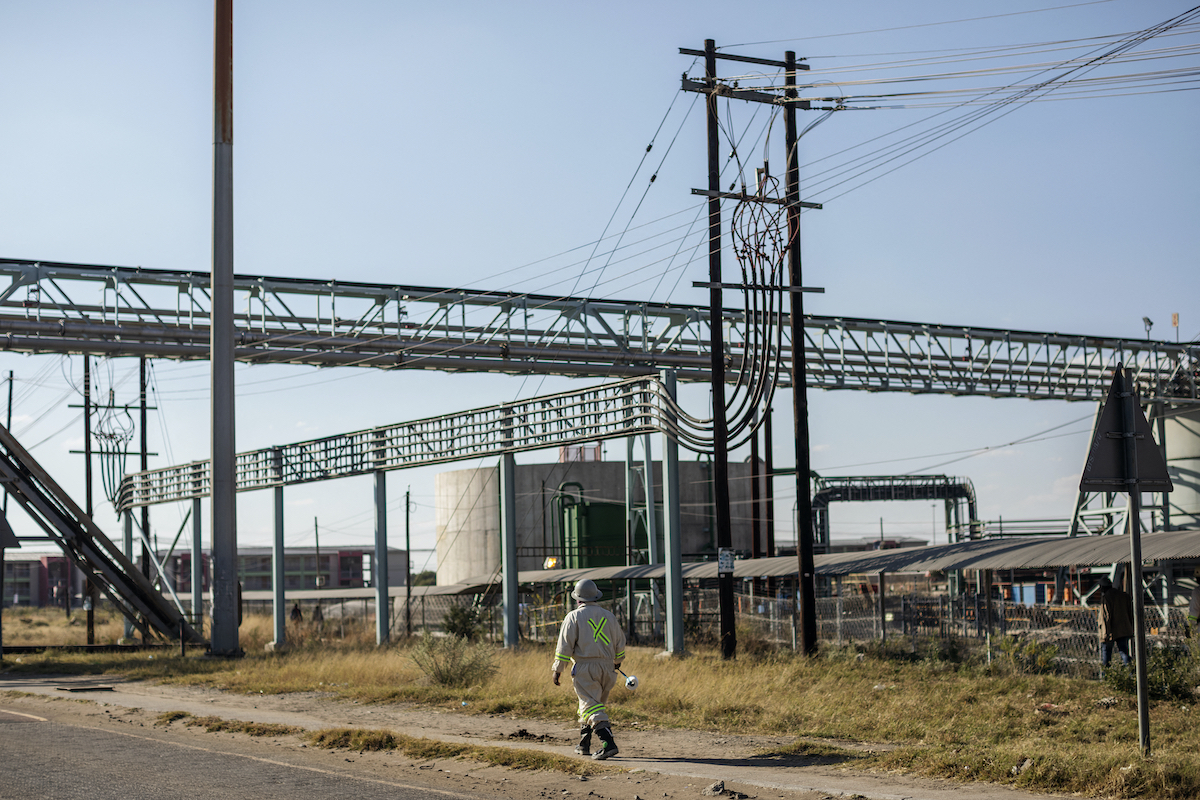 The Sibanye-Stillwater platinum mine in Marikana, near Rustenburg. The proposed expansion of the ESG concept is particularly relevant to the extractive industries operating on the African continent. Photo: Michele Spatari/AFP

September 2020 saw approximately 60 companies, including HP, Bank of America, Nestle, Royal Dutch Shell and Africa Rainbow Minerals sign up to the International Business Council (IBC)’s Stakeholder Capitalism Metrics. According to the World Economic Forum and KPMG, the Stakeholder Capitalism Metrics are a set of voluntary universal disclosures standards which enable companies as well as firms to “benchmark their progress on sustainability issues, thereby improving decision-making and enhancing transparency and accountability regarding the shared and sustainable value companies create”. Such a metric addresses, to some extent, the problem of the lack of a universal and comparable ESG framework. It may also deepen the harmonisation and convergence of these frameworks and principles.

While this all sounds good, it begs three significant questions. First, is it possible for firms to truly move beyond the profit motive towards being a progressive means for the building of healthier, more environmentally sustainable, and prosperous societies? Second, is ESG at risk of becoming mere corporate rhetoric, tantamount to talking the talk without walking the walk? Third, can ESG help to reduce negative externalities typically imposed by firms on communities by incentivising firms to internalise social and environmental costs?

For example, are the ESG targets of large multinationals substantive and legitimate, or merely superficial goals created for the purpose of ‘greenwashing’ their activity? The bulk of the ESG discourse tends to revolve around the ‘E’ and the ‘G’. Despite the overemphasis on the ‘E’, the European Union’s (EU) recently released Sustainable Finance Disclosure Regulation (SFDR) scrapped the inclusion of deforestation because of intense lobbying. Yet the prevention of deforestation is critical to meaningful climate action. BlackRock was recently accused, too, of inconsistency in its approach to ESG due to its investments in a company which has allegedly engaged in land grabs, in addition to adhering to poor environmental standards. This comes after BlackRock led “an investor rebellion” at P&G over concerns P&G was not living up to its environmental obligations. The implication of greenwashing by firms and asset managers is that without credible commitment to the spirit of ESG requirements, its impetus for good is likely to dissipate.

If ESG is to push firms towards becoming progressive actors, the ‘G’ must be expanded to include the role of business in building institutions to ensure a stable macro-political and economic environment. Lastly, an expansion of the ‘S’ is necessary with respect to both the transparency of firms’ supply chains and the impacts of firm activities on the health and wellbeing of populations near to sites of extraction or production. In other words, how much impact does the human rights targets of multinationals have on the transparency of their supply chains? In 2019, the Washington Post exposed the continued existence of child labour within the supply chains of some of the biggest chocolate producers, despite these firms having pledged themselves to not use cocoa harvested using child labour.  These are some of the negative externalities which firms tend to pass onto communities that undermines the spirit of ESG principles.

The lack of focus paid to social governance – vital for the creation of a stable economic climate for firms to operate – is arguably most apparent on the African continent. This can be seen, for instance, in the ongoing conflict in Cabo Delgado. The weakness of effective governance institutions, combined with local grievances over the allocation of resources by the state, and the existence of valuable natural gas resources, resulted in a series of insurgency attacks, which has ultimately forced Total to evacuate its employees. Into this explosive situation, private security forces have entered the fray and further complicated matters.

A plethora of factors contribute to the problem beyond the obvious limitations of existing corporate ESG frameworks, including weak institutions, deficient legislation and enforcement, corruption, a comparative lack of local shareholding in corporates operating on the continent and in many cases a populace that is ill-equipped to demand best-practice enforcement by companies.

The proposed expansion of the ESG concept is therefore particularly relevant to the extractive industries operating on the African continent. There are already some frameworks which attempt to position mining companies as development partners as opposed to being solely focused on shareholder interests and the bottom-line. Among these are the African Union’s (AU) Africa Mining Vision (AMV); the AU’s AMV-inspired African Mineral Governance Framework, the Extractive Industries Transparency Initiative (EITI) and responsible sourcing initiatives such as the Kimberley Process. All of these aim to promote transparency and accountability. However,  many of these have had limited success in terms of their implementation.

Within an expanded ESG framework, firms and state actors would have a responsibility to address the concerns of the communities within which they operate through the principle of informed and prior consent, as well as a responsibility to prepare mining communities for a life after mining through the restoration of land and related programmes. Firms, in partnership with the state and local government, would also have responsibilities to ensure that in the process of creating shareholder value, their activities do not have significant negative impacts on the wellbeing of the communities where they operate.

Expanding the scope of ESG is critical if global attempts to mainstream ESG into core business considerations are to be credible and impactful. It is especially important as African countries endowed with resources required for a low-carbon future continue to struggle with weak governance. While the continent possesses an abundance of mineral resources, we have seen weak institutions and poor governance turn what should be a blessing into a curse, leading to unstable and fragile mining jurisdictions. Through a process of firms being actively involved in reducing negative externalities through cooperation with the state, civil society organisations and communities, these firms would contribute to the development of inclusive institutions, which in turn would create a stable economic environment for sustainable growth and increased investment.

This article was first published on Business Live

VINCENT OBISIE-ORLU: Vincent Obisie-Orlu is a Junior Researcher in the Natural Resource Governance programme. He holds a Bachelor’s degree in International Relations and Political Studies from the University of the Witwatersrand. His personal interests include current affairs, social and environmental justice, social and economic policy, as well as the nexus between law and politics. He is a strong believer in the important role which institutions, governance and rule of law must play for there to be sustainable development on the African continent. 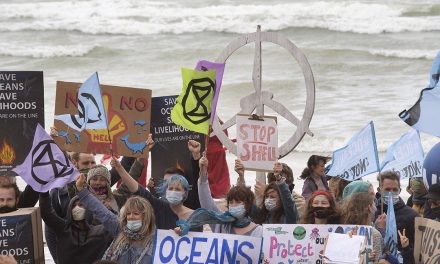 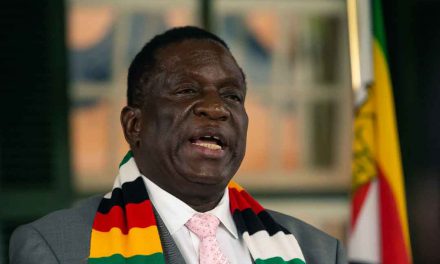 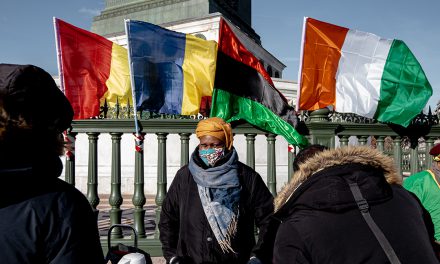