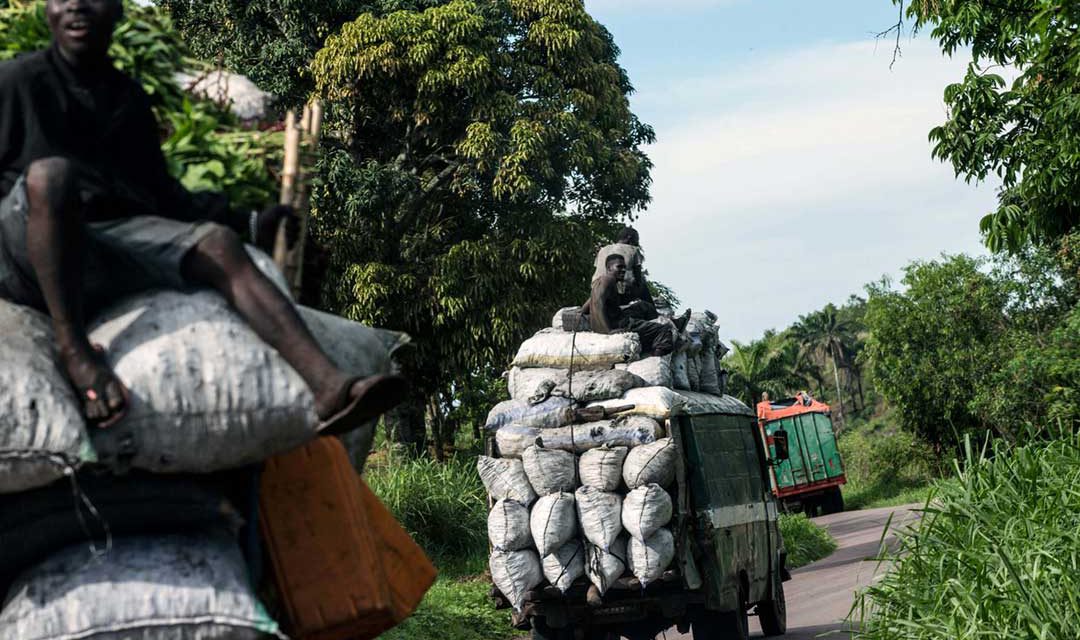 Democratic Republic of the Congo: economy

After five years of robust economic growth registered since the beginning of the decade, the economy of the Democratic Republic of Congo (DRC) has entered a period of deceleration, owing to the fall of oil and copper world prices. This may be amplified by political uncertainty. Economic growth is likely to decelerate in 2016. In April 2016 the Central Bank of the Congo (BCC) announced that the GDP growth rate for 2015 had declined to 6.9%—2.8% below the IMF forecast. This followed a steady GDP growth rate above 7% since the beginning of the decade, with a peak of 9.2% in 2014. The BCC says that the deceleration is mainly due to the fall of base metals’ prices on the world markets. Several indicators show that this trend of a slower growth is likely to continue through 2016, in line with the 3.3% decrease in copper production to 995,805 tons in 2015—a decline that accelerated during the last quarter of 2015 with a 12% fall in production.

This result was mitigated by the 3.6% rise of cobalt production up to 69,328 tons and by a 30.4% increase of the gold production up to 25,516 kg. Diamond output, mainly of artisanal origin, rose by 3% to 17.12 million carats. Production of coltan and cassiterite (a tin-bearing ore) dropped respectively by 18% and 25% while tungsten output increased by 75%. In its annual report for 2015 the Congolese Chamber of Mines noted that producers of tantalum, tin and tungsten face an additional cost in the form of the traceability and due diligence procedures required for conflict minerals—a consequence of the US Dodd & Franck Act. Some 81% of the traceability costs are paid by Congolese companies. The Chamber of Mines says that the crisis is driven by a slowdown in Chinese demand and increased mining production worldwide. “This will have major consequences on employment and on tax revenues in the DRC, where the country’s growth depends heavily on the mining sector,” it warns.

Total state revenues from the extractive sector in the DRC reached $1.77 billion in 2014, according the Extractive Industries Transparency Initiative (EITI). Of this, mining companies paid $1.348 billion as against $421 million reported by the oil industry. The direct contribution of the extractive industries to the state budget was $1.14 billion, accounting for 28% of state revenues in 2014. Mining and oil exports accounted for 95% of total exports from the DRC in 2014. Indications are that the crisis has deepened since the beginning of 2016. By mid-April, about a dozen mining firms had ceased activities in the Congolese copper belt. The Kamoto Copper Company (KCC), a subsidiary of the Anglo-Swiss multinational commodity trading and mining company Glencore that contributed about 15% of the copper national production in 2014, stopped producing last October.

Insiders expect that KCC will remain inactive as long as production costs, estimated at $5,500/ton, remain above world prices ($4,633/ton on the London Metal Exchange on May 17th). Other companies—including the Compagnie Minière du Sud-Katanga (CMSK), the Chinese corporation Cota Mining, Kansuki Mining, the subsidiary of Biko Invest, a company associated with the Israeli businessman and President Joseph Kabila’s close friend Dan Gertle—are now also at a standstill. The May 9th decision by the US company Freeport-MacMoran to sell its 56% stake of the main copper and cobalt mine of the country, Tenke Fungurume, to the China Molybdenum Co. Ltd for $2.65 billion, may have eroded western companies’ confidence in the sector’s viability.

The diamond industry is also in crisis. By mid-May, the diamond mining company Minière de Bakwanga (MIBA), the economic locomotive of the Kasai Oriental province, was paralysed by a strike after management suspended wage payments. The company had encountered cash flow problems due to a decline of output, which fell to 21,000 carats/month in March 2016, the equivalent of 2.6% of the average monthly production in 1990. But the deterioration of the situation at MIBA has older roots than the recent fall in commodity prices: for one thing, MIBA is in debt to the tune of over $350 million. Nevertheless, its future isn’t all gloom. In a letter to the company’s auditor, CEO Jean-Pierre Tshibangu Katshidikaya recently estimated MIBA’s reserves at over 120 million carats of mainly industrial quality, valued at around $2 billion. Certification of these mining deposits will no doubt improve the company’s situation. Even if commodity prices rise in the near future, however, the Congolese mining industry still faces a serious lack of adequate infrastructure. For example, exporting mining products through Maniema is problematic.

Trains can take more than a month to cover the distance between Kindu and Kalemie, because of the shortage of locomotives. These delays often result in late delivery of tin concentrates against three-month LME contracts, and unnecessary penalties as a consequence, says the Congolese Chamber of Mines. Another major cause for concern, both for the mining industry and for the rest of the economy, is the poor supply of energy, according to the Chamber of Mines. In its annual report, the Chamber accused the state-owned electricity supply commission, SNEL, of “inadequate and highly non-transparent management”. This was the major factor inhibiting the development of the mining industry in the four provinces that resulted from the division of the old Katanga Province, it said. “Potential investors in the energy sector do not have the slightest confidence in the existing structure”, it added. “Efforts to circumvent or supplant the existing structures are being thwarted by powerful lobbying from the current players who prefer the monopolistic status quo.” The chamber advocates privatising the sector.

Not all mining sub-sectors are affected in the same way. The gold sector manages its own energy supply; it can afford to use generators because power represents only a fraction of gold’s production costs. That is not the case for the large copper projects, whose dependence on the national operator is almost total, says the Chamber of Mines. Moreover, the gap between the offer and the demand of electricity increased more than five-fold from 94MW to 542MW between 2011 and 2014, says Eric Monga Mumba, chairman of the Federation of Congolese Enterprises in Katanga. The ministry of electricity and water resources anticipates that national demand will grow from 2,595MW in 2015 to 3,617MW in 2020. It hopes to fill the gap, at least partially, with imports from neighbouring Zambia. Meanwhile, oil production is stagnating. In 2015, it stood at 8.24 million barrels, according to the BCC, as against 8,38 million in 2014. In February 2016, output reached 682,000 barrels, as compared to annual production of 8.18 million.

At the same time, year-on year-statistics show that average crude oil spot price decreased by 29.1% between April 2015 and April 2016, from $57.54/barrel to $40.75/barrel. The situation might slightly improve if projections of a price increase to $46/b by the end of this year are confirmed. Statistics from the agricultural export sector show stagnation, at best. A twofold increase in April of the maize flour price on the markets of Katanga is due to insufficient supply. Simultaneous hikes of prices of rice (+12%) and beans (+30%) on the markets of Kinshasa are indications that the country’s chronic food deficit will continue. Meanwhile, the managers’ confidence index declined by 10% in the first quarter of 2016. Unsurprisingly, this trend has had negative consequences on public expenditure, which have contracted markedly. During the first quarter 2006, actual expenditure and revenues were 44% lower than the figures of $8 billion voted by parliament and promulgated by President Joseph Kabila on the 31 December 2015.

At the end of April 2016, a budget deficit of CDF15.15 billion (about $16.32 million) was recorded, rather than the projected surplus of CDF68.19 billion (about $73.49 million). Even assuming that budget targets for the rest of the year are met, public expenditures will be much lower than the projected amount. On May 5th this year, the government cut the targets set in the projected budget by 22%. This is not good news in a country where dividends of the robust growth recorded since the beginning of the decade have been minimal, as shown in a number of human development indicators. The DRC’s poverty index is one of central Africa’s lowest, with a rate of 61.3%. In its last country report the IMF warned that the DRC would achieve none of its Millennium Development Goals by 2015. The IMF has also indicated that a key challenge facing the Congolese economy is its extensive reliance on extractive industries. The organisation says that it is concerned at the DRC’s “heightened political uncertainty”.

The government is accused of using the economic crisis as a pretext for the postponement of the presidential and legislative elections, officially slated for November 2016. At the end of April the governor of North Kivu, Julien Paluku, a supporter of President Joseph Kabila, said that the government could not afford the $1.4 billion needed to finance the electoral process, which represents the equivalent of 17.5% of the national budget for 2016, promulgated at the end of 2015. The electoral commission has warned it will be difficult to hold the elections within the constitutional timeline. And on May 11th, the Constitutional Court ruled that the president can stay in office beyond his mandate, though the constitution forbids him from running for a third term. These measures are not consensual and there are fears that such postponement might again bring violence, as seen in January 2015, when a proposal to allow the president to stay in office longer than his mandated term sparked protests and repression. 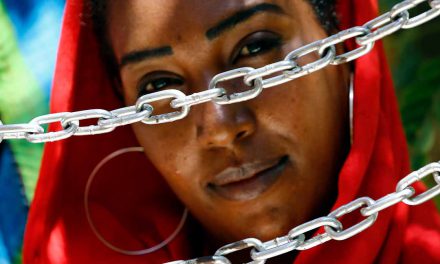