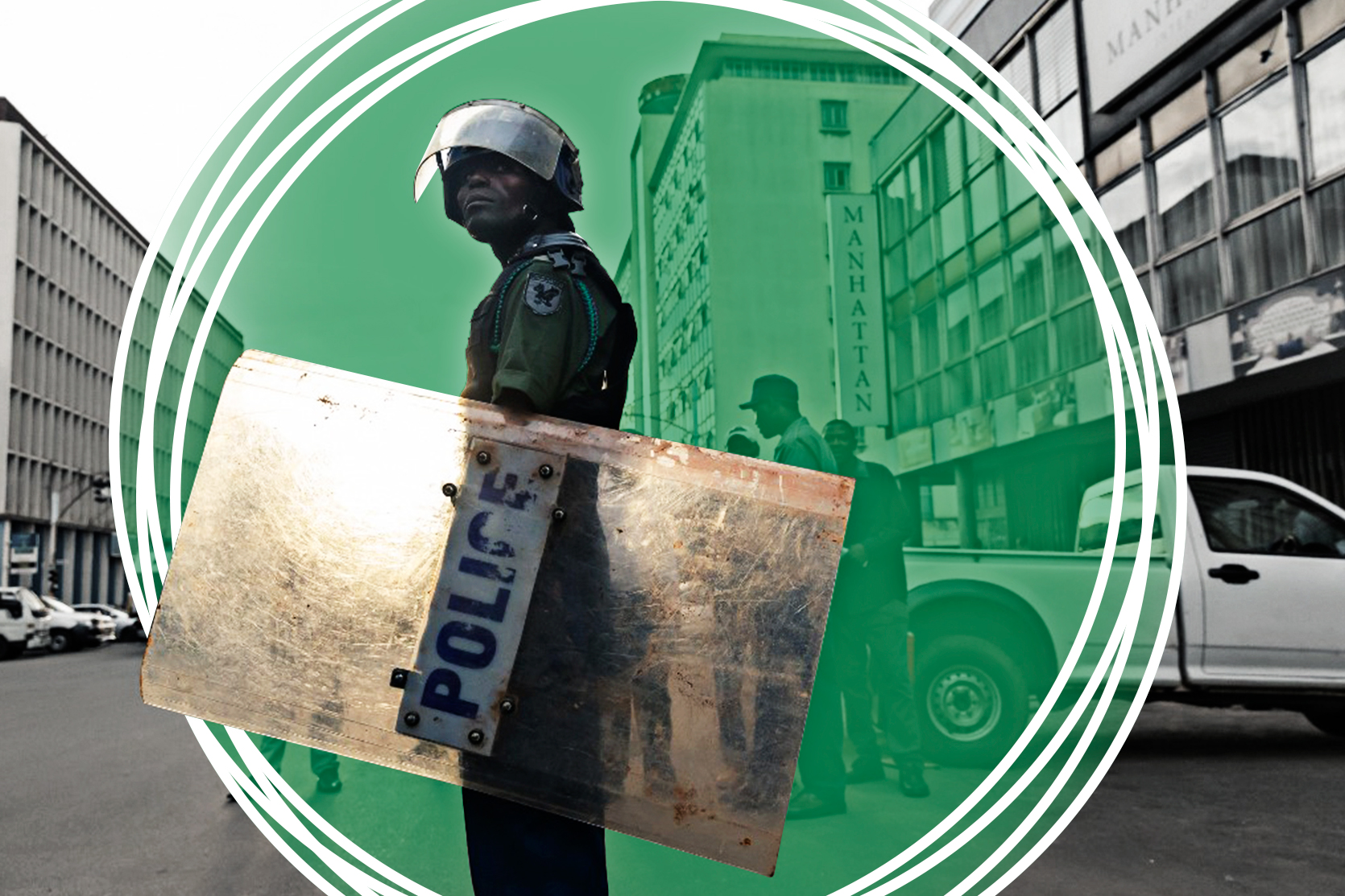 The COVID-19 pandemic has caused a humanitarian crisis of gigantic proportions, which the UN has warned may escalate global suffering and jeopardise lives and livelihoods “for years to come”. But in Zimbabwe, senior government officials and their associates have taken advantage of the pandemic to suppress the opposition while looting public funds.

The high-level corruption, which has resulted in the arrest of Health Minister Obadiah Moyo, has also sucked in the first family and left authorities in Harare exposed to some ridicule on social media after a series of ridiculous own goals in a cover-up bid.

In Zimbabwe, senior government officials and their associates have taken advantage of the pandemic to supress the opposition while looting public funds.

A $2 million payment by the government to a two-week-old Hungarian branch of Swiss-registered Drax International in March has attracted the interest of Interpol and Hungarian officials, who have commenced money laundering investigations. Drax International – whose Zimbabwean frontman, Delish Nguwaya, is a convicted criminal and an associate of President Emmerson Mnangagwa’s son Collins – is at the centre of a Covid-19 procurement scandal, which has seen Moyo arrested.

Nguwaya was also arrested following unrelenting public pressure. He has been pictured with Mnangagwa, his sons Collins and Sean, as well as first lady Auxilia Mnangagwa. He is also known to have attended functions at State House despite failing a security clearance conducted by the Central Intelligence Organisation.

Collins was not arrested or questioned over the matter. In a statement released on 29 May, he denied any association with Drax. “I have no business or personal relationship with any of Drax International’s representatives, including Mr Nguwaya,” Collins said. “Legal action will follow any current and further statements made to slander my name, reputation and that of the first family.”

Zimbabweans laughed off the claim he had “no business or personal relationship” with Nguwaya, sharing more pictures on social media to prove the personal relationship. On 28 May, Drax International, through Illir Dedja, listed as the managing partner of the company, issued a statement denying any “partnership and/or association with Zimbabwe’s first family”. The company said Nguwaya was their sole representative in Zimbabwe. It also threatened to sue “all individuals propagating these falsehoods on social media”.

The acting spokesman of Zimbabwe’s ruling party, Zanu PF, Patrick Chinamasa, warned journalists and the public against “attacking members of the first family”.

Was Drax awarded a $60 million contract to supply Covid-19 medicines and sundries in violation of the country’s procurement regulations, because of Nguwaya’s relations with the first family? Zimbabweans want an answer.

Drax was supplying medical supplies at grossly inflated figures, as revealed by official invoices. For example, the company was providing N95 face masks at $28, yet the average cost of the product is $4 in local pharmacies. A letter dated 8 May, 2020 from Finance Permanent Secretary George Guvamatanga to then Health Secretary Agnes Mahomva authorising procurement, revealed the purchasing figure.

Curiously, however, when he received a consignment from Drax on 11 April, Mnangagwa claimed the supplies were a “donation” after he made a “personal appeal”. “I am happy that after my personal appeal to Drax, they have [given a] tremendous donation to support the mobilisation effort we are making currently,” he said at State House. “They have donated $60 million to us to procure medicines and equipment.”

To save face, the permanent secretary in the Ministry of Information, Nick Mangwana, later said the president had been misled into thinking he was receiving a donation. This was after Zimbabweans took to social media to demand answers on his strange statement.

In another embarrassing procurement scandal, the Zimbabwean government confused citizens by claiming it had received testing kits from Namibia. On 21 April, Information Minister Monica Mutsvangwa said Zimbabwe had received 4,499 tests kits from Namibia. Mutsvangwa’s revelations raised eyebrows: Namibia does not manufacture Covid-19 test kits. The country was also receiving donations and struggling to roll out mass testing because of a shortage of test kits.

In another embarrassing procurement scandal, the Zimbabwean government confused citizens by claiming it had received testing kits from Namibia.

Namibian Health Minister Kalumbi Shangula denied any knowledge of the donation when contacted by the Namibian Sun. Shangula asked: “Where would we get those tests from? How can we donate when we don’t have enough?”

Clearly, one of the parties here wasn’t being honest. Questions, therefore, continued to be asked in both countries, prompting Namibia’s Ministry of International Relations and Cooperation to issue a formal statement on 26 June flatly denying the donation and revealing that Zimbabwe’s authorities had apologised, saying that the “allegations” of the donation had been “unfounded and erroneous”. Senior figures in the government in Harare were left with egg on their faces.

Besides corruption, Zimbabwean authorities have been clamping down on the opposition since the national lockdown began on 30 March. On 10 June, UN human rights experts called on Zimbabwe to “immediately end a pattern of disappearances and torture that appear aimed at suppressing protests and dissent”.

Zimbabwean authorities have been clamping down on the opposition since the national lockdown began on 30 March.

This was after three female officials from the country’s biggest opposition party, MDC-A – Joana Mamombe, Cecilia Chimbiri and Netsai Marova – were arrested at a roadblock on 13 May and detained at Harare Central Police Station. They had earlier participated in a demonstration against government’s failure to provide a social safety net for those most in need.

They were later abducted from police custody by suspected state agents, blindfolded and driven to Bindura – 86 kilometres north of Harare – where they were allegedly tortured and sexually assaulted. They were dumped at a market place 48 hours later.

They were later abducted from police custody by suspected state agents, blindfolded and driven to Bindura – 86 kilometres north of Harare – where they were allegedly tortured and sexually assaulted.

A police spokesman, Paul Nyathi, confirmed their arrest but the police later did an about-turn on this and denied arresting the trio. The MDC officials were charged with violating Covid-19 regulations on public gatherings, as well as with supposedly faking their own abduction.

The UN pointed out that “targeting peaceful dissidents, including youth leaders, in direct retaliation for the exercise of their freedom of association, peaceful assembly and freedom of expression is a serious violation of human rights law”. It noted that last year, 49 cases of abduction and torture were reported in Zimbabwe.

Last year, 49 cases of abduction and torture were reported in Zimbabwe.

The government also attracted criticism after the police and the military assisted Thokozani Khupe, leader of the MDC-T faction within the opposition party, to take over the MDC-A headquarters, in a dispute between MDC formations. During the lockdown, the police also arrested several MDC-A officials, including co-Vice Presidents Tendai Biti and Lynette Karenyi-Kore, charging them with contravening Covd-19 regulations after they tried to gain entry to their party headquarters following its seizure. They were released on ZW$1 000 bail.

Several lawyers, including Thabani Mpofu who represented MDC-A leader Nelson Chamisa when he challenged Mnangagwa’s victory in the 2018 presidential election, were arrested and charged at the beginning of June for allegedly obstructing the course of justice. Mpofu was charged with allegedly falsifying information by submitting an affidavit by “a non-existent person” (one Simbarashe Zuze) to the Constitutional Court in January 2019, challenging the appointment of Prosecutor-General Kumbirai Hodzi.

Zuze, however, recorded a video and produced his identity cards and travel documents, proving he existed. The matter is still pending in court.

Mnangagwa promised to observe human rights and fight corruption after toppling former president Robert Mugabe in a 2017 takeover that he and his supporters deny was a military coup. To the majority of Zimbabweans, however, the military helped to transfer power to another group of connected people in the ruling party, which hasn’t much changed.

Mnangagwa promised to observe human rights and fight corruption after toppling former president Robert Mugabe in a 2017 takeover that he and his supporters deny was a military coup.

Nguwaya appeared in court on 13 June charged with fraud, but the majority of Zimbabweans believe the Mnangagwa administration has no appetite for reform. They believe that Moyo and Nguwaya were arrested only because of public pressure and that no serious action will be taken.

Dr Alex Magaisa, a UK-based Zimbabwean academic and lecturer of law at the University of Kent, who offers cutting-edge analysis and critical insights into Zimbabwean law and politics through his Big Saturday Read blog, on 14 June described Nguwaya’s matter as “a case that is built to collapse”. The state has presented a weak case, and this was deliberate, he argues. “The government wants to create a false and misleading impression that it is taking action against corruption.” The saga was getting too close to the President’s family and several senior government officials, he says.

Health Minister Moyo was arrested, but the state did not oppose bail when he appeared in court, accompanied by his aides. Unlike most other political detainees, Moyo enjoyed a rare privilege and was allowed to sleep at home. Zimbabweans describe these sorts of arrests as “catch and release” antics. Senior officials are often arrested for serious crimes but not seriously prosecuted.

Senior officials are often arrested for serious crimes but not seriously prosecuted.

In November 2019, for example, Presidential Affairs Minister Joram Gumbo was arrested on charges of criminal abuse of office involving $37 million arising from his time in office as transport minister, but was not prosecuted. In July last year, the former tourism minister, Prisca Mupfumira, was arrested for allegedly looting more than $90 million in social security money when she was the public service minister. She is out on bail.

Meanwhile, Zimbabwe is supposed to be fighting the coronavirus pandemic. The country had recorded 567 cases and six deaths as of 28 June, but it has no capacity to fight the spread of the virus. Public health institutions are poorly equipped, while strikes among nurses and doctors over poor salaries and working conditions are also common. In April, doctors took the government to court to compel it to provide personal protective equipment and to adequately equip hospitals.

The country is still in lockdown, but Mnangagwa and his wife continue to travel and to meet people, betraying the lack of understanding of the pandemic at the very top. 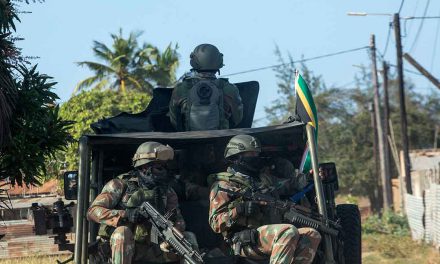 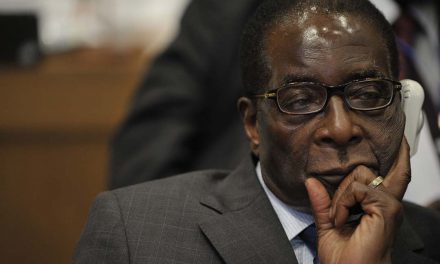 From Willowgate to Covidgate: Three decades of malfeasance in Zimbabwe